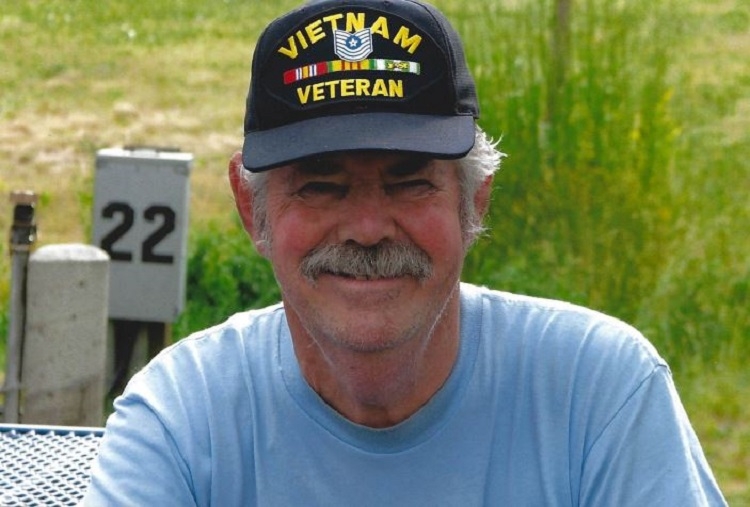 Following a fall at his home in Fallon NV, Martin J. Esko (85) passed away on February 15, 2022, at Banner Churchill Hospital with his friend Lois Brady by his side. At the passing of his stepson Presley Tate (1957-2021), he had fulfilled his late wife’s last wish and was eager to join her in Heaven.

Martin was born on August 10, 1936, to Raymond and Marion Esko in Yakima, WA.  He and his sister Connie Manchester (1940 - ) grew up on the family’s mini-farm in Albion, WA (pop 206).  He graduated from Pullman High School.  After careful consideration and voluntarily, he joined the United States Air Force on November 14, 1956, a service that continued until he retired on July 29, 1979.  His rank was Master Sergeant.  He served in CA, MI, MO, Japan, Korea, Vietnam, and Germany with pride, commitment, and a deep sense of patriotism that never diminished.

One morning in Japan he experienced one of the defining moments of his life when he and a fellow serviceman were scrambling to get to formation on time.  Once in formation, his commanding officer asked for two volunteers to go to Vietnam.  Unsurprisingly, no one volunteered so he asked the last two men to arrive at formation to step forward – thereby becoming the two “volunteers” and thus Martin found himself in Vietnam.  He was proud of his service during that tour, coping with the difficult, the ugly, and terrifying aspects of that war with his fellow servicemen and women and working to ensure that critical supplies reached military units imbedded in the jungle.  His subsequent tour in Germany provided a base to explore neighboring countries on weekends and during vacations.

A second defining moment in his life occurred when his commanding officer had a chat with him about his alcohol beverage consumption, and its’ effect on his career and personal life; providing guidance on better choices Martin could make.  Martin chose to never “touch” the stuff again.  And he never did.  He liked his coffee strong, hot, and black and was seldom seen sitting without a cup nearby.

Family was very important to him.  Martin married the first love of his life, Darline Marie Arndt (1941-2021) in Spokane, WA in 1960.  Darline and Martin shared the adventure of raising two beautiful daughters Victoria Marie aka Vickie (1961-1990) and Elizabeth Anne aka Beth (1962). Subsequent to his second divorce from Darline, he met Charlotte June Wilfong Tate (1938-2015).  They shared a passion for square dancing.  Following their 1985 wedding ceremony, it was the featured entertainment at their reception in California.  They traveled extensively in their small RV, dancing in competitions, exhibitions, and conventions wearing matching outfits.  If her dress was pink gingham– he wore his pink gingham shirt proudly.  Martin and Charlotte had adventures in property management and owning a bar.  In managing property, Martin was the handyman, and Charlotte the rent collector.

In 2005, they purchased land in Fallon, NV and installed a new mobile home, and built a garage on it.  They both loved Fallon and enjoyed searching through thrift stores and garage sales for treasures.  For a little spending money, Martin was a security guard for local casinos.  There wasn’t a person he met who was not a potential friend for Martin.

Per Martin’s wishes, there will be an Interment Ceremony with full military honors at the Northern Nevada Veterans Memorial Cemetery, 14 Veteran’s Way, Fernley, Nevada, 89408, on Tuesday, May 24, 2022 at 3:00 p.m.   His friends are invited to join his family members at his favorite hang-out, The Slippery Bar and Grill, 30 E Center St, Fallon, Nevada, 89406 that evening at 7:00 p.m. to celebrate his life. Please be prepared to share your favorite memories of him. In lieu of flowers, please donate to an organization of your choice supporting United States Veterans.