Local Leaders Look at Accomplishments – Focus on the Future 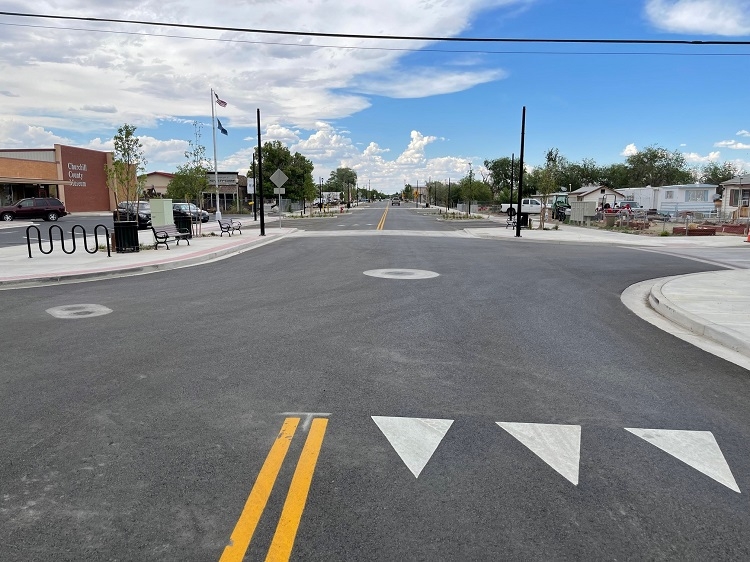 As we move swiftly into the new year, local leaders looked back this week at the year 2021 and some of the major accomplishments achieved by their jurisdictions that will benefit the community as a whole. Reflecting on the projects that brought them the most satisfaction they also looked forward to the ambitious projects on deck for 2022.

Mayor Ken Tedford said that the Front Street Project was by far the most satisfying to finally have completed. “This project has been a goal for many years,” he said, “but because of engineering difficulties and the cost, we had never been able to accomplish it.” The paving, sidewalk, gutter project encompassed one of the oldest parts of the City on Front Street from Maine Street to Humboldt and Ferguson, including all of Esmeralda.

Tedford said the city had saved the gas tax money for five years to do the $2.5 million project and also was able to use Community Development Block Grant money and a grant from the Nevada Department of Transportation.

“When I drove it the first time,” said Tedford, “I got tears in my eyes. I know how those people in that area will be helped – it totally changed that neighborhood.” The City contracted with A & K Earthmovers to do the work, and Tedford thanked them along with city crews for their dedication. “I was very proud of them and that project.”

Councilwoman Kelly Frost said she was very proud of the Fallon Youth Club Building that was finished this year and expressed her thanks for the generous support of the William N. Pennington Foundation without which that project would not have been possible. She also mentioned the Maine Street Beautification project and the Front Street project, saying they, “have totally changed and improved the south side of the city. These projects don’t happen without the leadership of Mayor Tedford and the hard work of our outstanding City Staff.”

Frost also said that as chair of the Fallon Convention and Tourism Authority, she is looking forward to the opening of the County’s 3 C’s events center. “I think it will help drive new and existing business opportunities in our community by bringing visitors in for all kinds of events. The city hopes to work with the County to support these events and hold City-sponsored events there as well. We also have several infrastructure projects in the works. It is an honor to serve the citizens of Fallon and continue to find solutions to concerns that my constituents bring to my attention.”

Looking forward, Mayor Tedford said that he and the city staff are focused on improvements to the water tanks at Rattlesnake Hill and working closely with Senator Catherine Cortez-Masto and her staff on funding the $1.9 million improvements.

Tedford also said that NDOT is working this year on improvements and upgrades to Williams Street from Allen Road to Sherman Street. As part of that project, the city is focusing on improvements to the Sherman/Williams intersection at E.C. Best, and Tedford noted the county prioritized that intersection with NDOT in the 2022 road plan. The third focus for the city will be to begin the implementation of their five-year street plan to upgrade and improve streets and sidewalks throughout the city.

“There have been too many successes for just one best community accomplishment to mention, but the economic development project of the Rafter 3C Arena and the fairgrounds, a new disease testing lab, continuing to serve those citizens in need related to COVID, and expansion of our CARE program to the cottage schools come to mind as successes,” said Barbee. “We will continue our focus on the implementation of these new opportunities into the new year.”

The Churchill County School District Superintended, Summer Stephens said the greatest accomplishment for the district was getting the school system through the first year of the pandemic. “Teamwork among staff, students, families, and community partners was some of the best around--our ability to see students daily last year led to students having reduced discipline and improved attendance during the 20-21 school year across the entire district.” She said the focus for 2022 continues to be the development of the positive culture of the district while continuing to move the Profile of a Learner forward. “The work and support of the district's strategic themes of ensuring everyone are life ready and developed as a whole person continues to be our goal,” she said.

Report from the Board of Health – Current COVID Update

Report from the County Commission

Save the Date: Rafter 3C Arena Dedication in Churchill County