Recreational Deliveries Regular and Common in a “Dry” Community 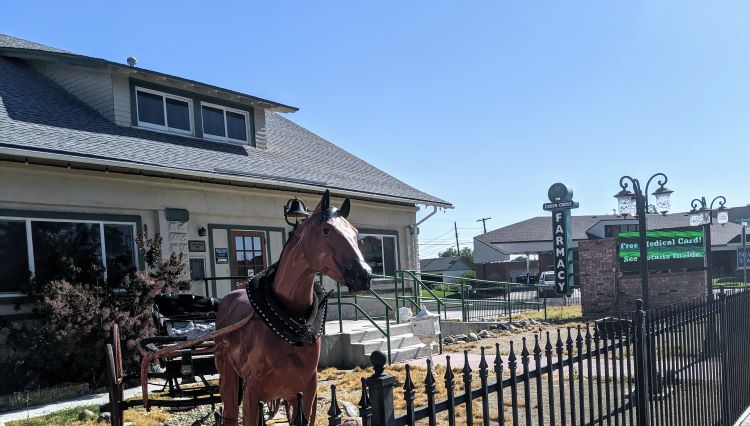 During public comment at the Fallon City Council Meeting Monday, Nathan Van Treese, owner of the Green Cross Farmacy, told the Council that since 2019 there have been 27,590 deliveries of marijuana, both recreational and medical into Churchill County from dispensaries located outside the community.

Van Treese is part owner of Fallon’s only medical marijuana facility, and he holds the license to provide recreational marijuana in Fallon should local elected officials ever decide to allow a recreational facility.

“If dispensaries from other communities are coming here to make deliveries there is a demand and Churchill County should allow recreational sales. I’m being kept from perfecting my recreational permit by the City of Fallon and being prevented from running a profitable, legal business,” said Van Treese.

There is a $60 minimum order required from dispensaries in surrounding communities, which would conservatively mean at least $1,655,400 in sales from Churchill County residents.

The attorney for Green Cross, Nick Shook, submitted a records request on March 25, 2021, to the Cannabis Compliance Board for the State of Nevada, asking for “a complete record set of all recreational delivery trip manifests where the destination address is in Churchill County and or zip code 89406.”

The response from the CCB said “The CCB has conducted a review of records in our custody to determine if any potentially responsive records exist. The responsive records produced by this search are included with this communication,” a PDF and an Excel Spreadsheet were attached showing each delivery made into Churchill County from January 2019 until May 31, 2021.

Staff at The Fallon Post were able to confirm that during 2020, documents show there were 6,515 recreational retail deliveries made to the 89406 zip code by dispensaries from outside Churchill County. Staff is in the process of a Public Information Records Request and will update this story when the information is obtained.

The data shared by Van Treese at the City Council meeting includes deliveries made to Hazen, which has an 89408-zip code, but is located in Churchill County.

Additionally, the CCB response to Shook stated that, “The CCB has also identified records that may not be released because release may jeopardize sensitive personal privacy information.” The names and locations of the dispensaries that delivered to Churchill County were not released.

However, one local resident who asked to remain anonymous has been ordering recreational marijuana from the Fernley dispensary, Silver State Relief, since last year in May. She orders once a week and spends nearly $200 each time she has a delivery.

Bob Erickson, Chief of Staff for the City of Fallon, said any business from out of the community that is delivering to the City of Fallon should have a business license. He cited Bonanza Produce and wholesale liquor distributors that deliver to Fallon from out of the area. “Although, we wouldn’t issue a business license to a recreational facility because it is not permitted here. I think that is a topic to be discussed with the attorneys,” said Erickson. “This needs to be legally researched.”

According to Elsie Lee, Deputy City Clerk, no dispensaries have a business license in Fallon except for Green Cross as a medical facility.

Alexa Robinson at Churchill County Public Works, Planning & Zoning Department also said the county has no business licenses on file for any cannabis facilities. “If they are delivering here, they should have a business license,” she said.

No local Medical Services for Twins with Rare Condition

New Millennium – A Work Culture of Family, Safety, and Fun