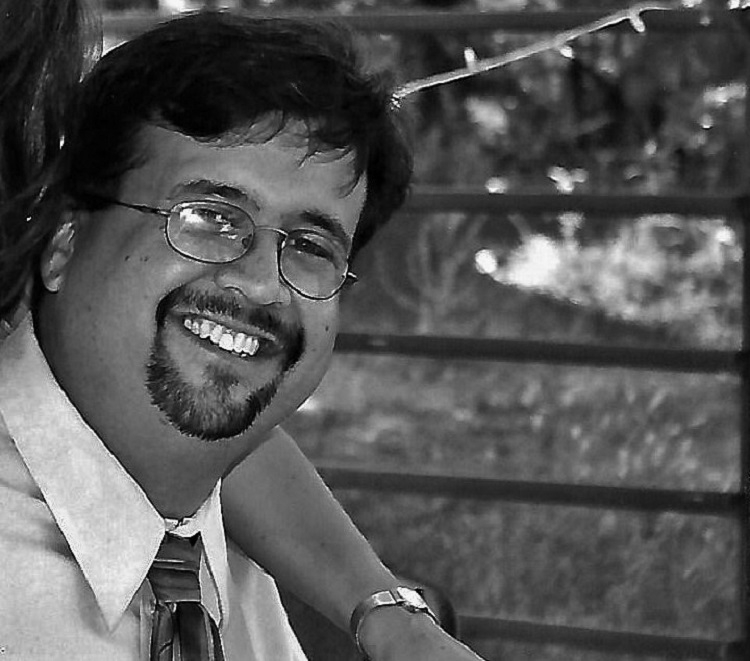 He had a brain bigger than the side-by-side he loved to drive to abandoned gold mines. He had a heart large enough to help feed and mentor the hundreds of Fallon kids who are members of the Fallon Youth Club. He was voted over and again Fallon’s “Best Attorney,” boasting a win record far superior to that of his beloved Raiders. He had a personality that could make a stone laugh and a damsel blush.

He was outrageously funny, and, literally, larger than life-- a giant of a man at 6’3” and, depending on the time of year, weighing somewhere on the right or wrong side of 260 pounds.

Leonard Ernest Mackedon was born to Michael and Michon Mackedon on May 13, 1974, in Fallon, Nevada. At that time, the Churchill County Cowbelles awarded a prize to the baby born closest to Mother’s Day each year. Lem won the prize in 1974, and his family received a chuck roast that weighed 7 pounds 10 ounces-- his birthweight. He was too young to eat it, but he remained a fan of pot roast with potatoes, onions, and just a few carrots.

Lem graduated from Churchill County High School as his class Salutatorian and went on to the University of Nevada Reno, where he studied chemistry.

When he wasn’t studying chemistry, he participated fully (and we mean fully) in the activities of his fraternity, Alpha Tau Omega, forging his own band of brothers. After his college graduation, he worked at American Assay in Reno.

In 2004, he entered law school in Moscow, Idaho, graduating in 2007, after which time he returned to Fallon to practice law with his father. When he passed away, on November 16, 2021, his hospital room was crowded to the very corners with family members and friends, hearts torn asunder, who had loved and admired him throughout his life.

He developed a prodigious curiosity about rocks, gemstones, and geologic formations, and he spent many hours in the high Nevada desert studying its mysteries. Among his many other activities, Lem liked to golf, especially at the Fallon Golf Course; shop at specialty markets; visit bakeries; fly fish the beautiful rivers and streams of the Northwest with his family on vacation in Sun Valley, Idaho; and make fun of words like “prodigious” and “asunder.”

Lem was preceded in death by his grandparents, Ernest and Hazel Maupin and Leonard and Julia Mackedon. He is survived by his parents, Mike and Michon Mackedon; his sister Amy O’Flaherty (Patrick); his brothers James “Gib” Mackedon (Melissa) and John Mackedon (Margaret); his nieces Maggie, Ellie, and Sadie O’Flaherty and Hazel Mackedon; and his nephew, Fenn Mackedon.

Everyone will have a story to tell about Lem so we will postpone a celebration of his life until after the holidays, when we will gather to honor our hero. Meanwhile, the family wishes that those who mourn him cherish one another throughout the rest of the year.

Lem put his heart and soul into the Fallon Youth Club, and he would want any donations in his name sent there:   324 Pennington Circle, Fallon, Nevada 89406.

Rebecca Knighton 2021-12-12, 02:18 PM Lem was my first friend when I moved to Fallon in 9th grade. He was so kind and thoughtful. I am deeply saddened to hear of his passing.

Chase Martin 2021-12-08, 04:28 PM Lem was my first friend and carrel neighbor in law school at the University of Idaho. I believe he also hosted the first party for the law school class of 2007 at his house in Moscow, Idaho, where lifelong friendships among our classmates were born. He was, without question, one of the most kind and thoughtful guys at the school and I cherish my memories of him. I am saddened to hear of his passing and pray for comfort for those closest to him.

Adriana Molina-Roman. 2021-11-30, 02:28 PM Rest in peace beautiful soul. Reading some of your life and adventures and interests makes me wish I had known you in person.

Susan Barkley and bill 2021-11-24, 07:51 AM Our hearts are broken with this loss of our fun and wise cousin who called me a malingerer! You will be seriously missed Lem! Our love and condolences to your parents and siblings, and dozens of cousins.