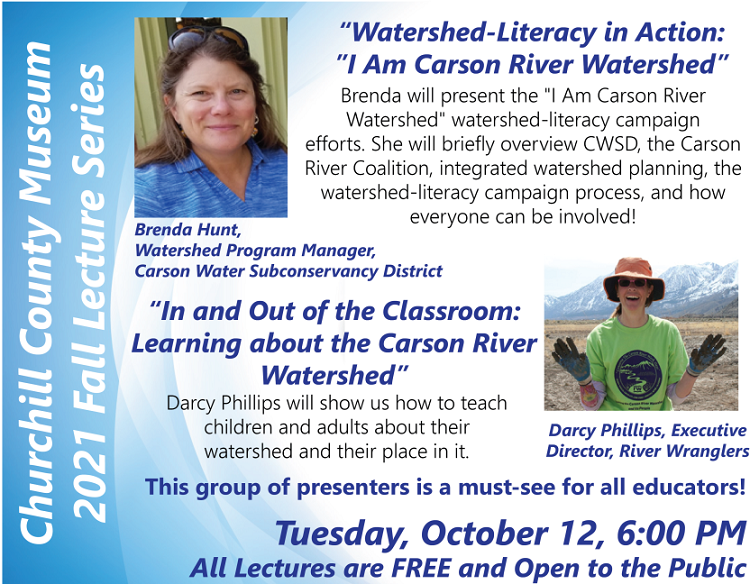 On Tuesday night, the Churchill County Museum held the fourth in a six-part lecture series, hosting Scott Schoenfeld the Operations & Maintenance Division Manager for the Bureau of Reclamation and Dan Kaler an engineer with the Farmers Conservation Alliance who spoke on the history of the Derby Dam project and the conception and design of the world’s largest fish screen at Derby Dam that was completed last year.

It was fascinating to understand the impact Derby Dam had on the levels at Pyramid Lake as well as learn about the other projects BOR has constructed since the 1970s, specifically dedicated to the preservation of fish and wildlife.  Schoenfeld made the statement that BOR started as a construction company in the early 20th century but now operates more as a conservation entity.

Dan Kaler from the Farmers Conservation Alliance delved deeper into the construction of the Fish screen with wonderful images before, during, and after completion. He stated that within 24 hours of opening the fish screen, trout were seen at the Dam and it was one of the most exciting moments in his life when he saw the fish.