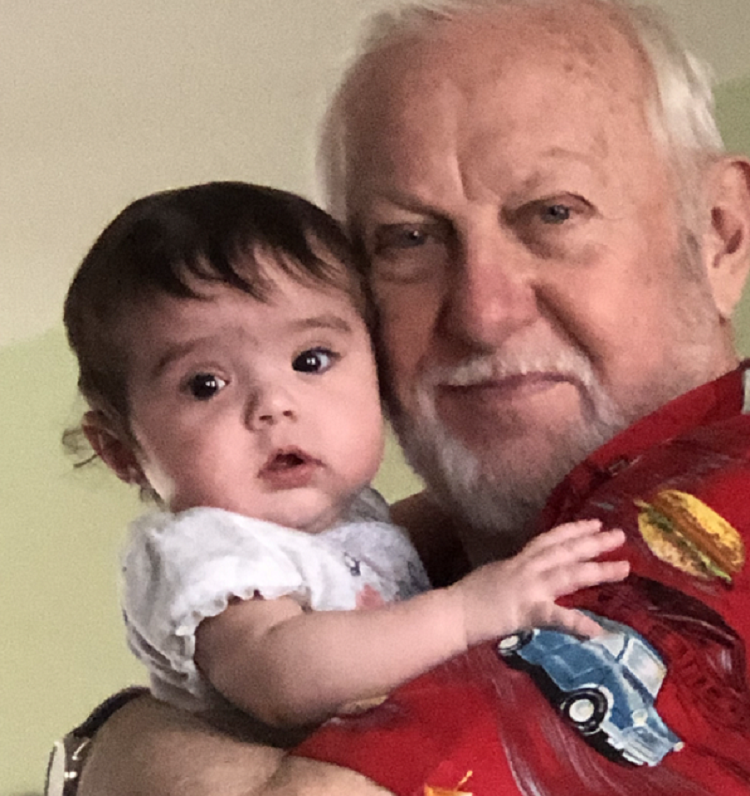 Gary was born on Feb 15, 1948, in Newbury, Ohio, to a tool and die maker named Donald Ridenour and his wife, Eileen. He graduated from Newbury High School on June 6, 1966, where he was active in theater, wrestling and played offensive guard on the high school football team working to perfect his “forearm shiver.” From there he attended Hiram College, majored in Biology and minored in English. Never one to be left on the sidelines of history, Gary found himself in Kent, Ohio, during the Kent State Shootings and attended Woodstock.

Knowing from the time he was a boy that he wanted to be a doctor, Gary soon moved to Mexico to attend the Universidad Autónoma de Guadalajara. There, while going to school, he operated a small clinic tending to the underprivileged and underserved community and by doing so inspired a classmate who later wrote a screenplay that was made into a Hollywood film.

In 1975 after graduating, he made the most important move of his life when accepting an internship at Regina General Hospital in Regina, Saskatchewan. It was there where he met a young nurse by the name of Debbie Luscombe. The two started dating and not long after moved to St Louis pursuing their careers and married on a Mississippi riverboat in 1978.

In 1982, they made another move that would change their lives forever: they packed up and headed with their 18-month-old son, Aaron, to their new home of Fallon, Nevada.  There, they added two more sons to their family’s charter, with Sean in 1983 and Wes in 1985. In Fallon, he found himself.

In 1984 he presided as the Director of Intensive Care Medicine and Director of Emergency Room at Churchill County Regional Medical Center and eventually went into practice for himself opening Desert Diagnostic Clinic. He was “Dr. Gary” or just “Doc” to most. Taking on the moniker of “The Last Country Doctor” and donning his best Hawaiian shirt and cowboy boots, he’d make weekend house calls, accept payment in venison, and offer what advise he could when a patient was having problems with goats.

His family was his world and he worked to support them however he could: donating his time to Boy Scouts, coaching AYSO soccer and Pop Warner Football. As an active member of the community he served in many local charitable organizations such as the BPOE, Rotary Club, and as President of Churchill County Search and Rescue, an organization for which he proudly secured the donation of their current building.  Since publishing his 2013 book Pandemic, Gary has also been generously offering his time as a medical contributor for the “Coast to Coast” AM radio program.

Doc was preceded in death by his parents, Donald and Eileen Ridenour as well as his grandson, Kobe Ridenour. Gary’s legacy survives in his wife, Debbie; his three sons: Hoss, Adam and Little Joe; his two grandchildren: Dylan and Lanell Ridenour; Harvey the Rabbit, and the newest light in his life: his great granddaughter, Amory Ridenour.

The Ridenour family would like to thank their community for its continued support and kindness throughout the years. Services will be held privately, at present with a public celebration of life to be announced in the near future. In lieu of flowers, the family asks that donations be made in memory of Dr. Gary Ridenour to the Cystic Fibrosis Foundation (www.cff.org) or that you simply take a moment to look up, marvel at the clouds and never miss an opportunity to tell those you care for that you love them.

Ruth Anne Goshorn 2020-08-08, 03:14 PM God Bless and RIP my Dear Dr Gary . A pleasure to work for such a gifted and kind Physician.Take care and be safe Debbie and family I'll keep you in my prayers .till we meet Again. just ruth .

Tom & Lila Grishok 2020-08-06, 05:52 PM Beautiful and well written overview of the life of an exceptional man. My condolences to the family.

Lee & Dianne Hutchens 2020-08-05, 01:44 PM Such a nice tribute to an amazing individual who served this community selflessly for years. Prayers for strength and healing for his family, RIP Doc.

MAY THE HOLY SPIRIT GIVE HIS FAMILY PEACE.
GRAY'S FRIEND FOREVER, "BEN"JAMIN..

Lynn Smith 2020-08-03, 09:54 PM God bless and keep you Dr. Gary, Best doctor, and a great friend forever. Gary did so much for this community, going above and beyond just being a wonderful doctor. He was a great asset to Churchill County and many other counties in Nevada. My thoughts and prayers go out to his loving family. May he be remembered for every good deed he ever did, which were immeasurable.

Teri 2020-08-03, 08:30 PM Thank you for a wonderful story. Gary was and is a great doctor, friend and a fellow citizen of Churchill County. You could always depend on him to be there for you