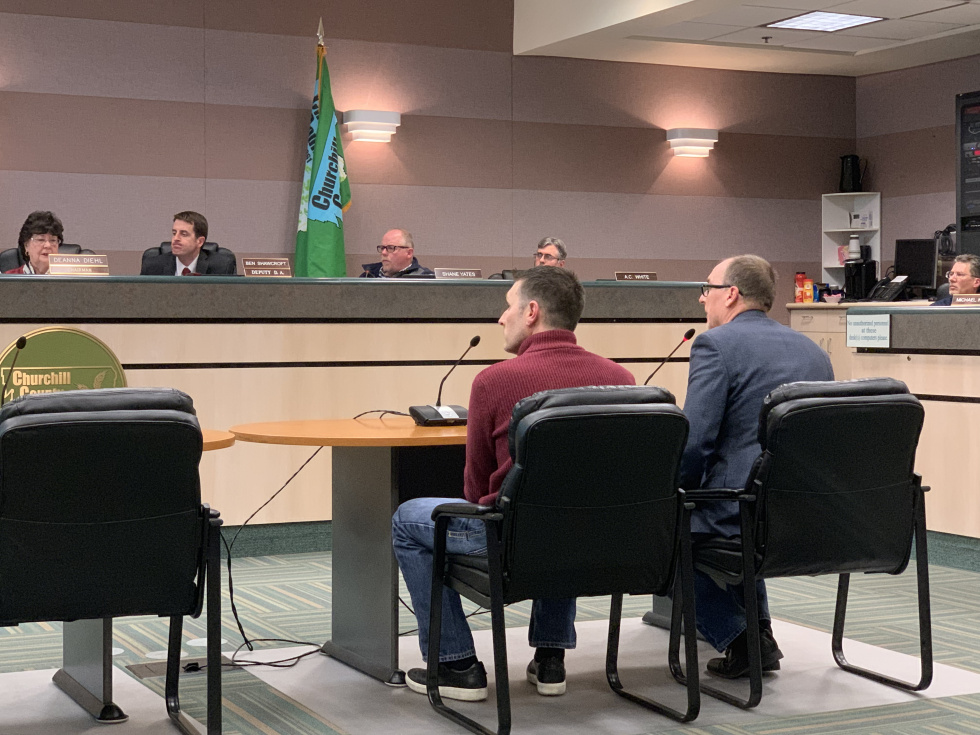 by Leanna Lehman -- Safety-Kleen, Inc. appeared before the Churchill County Planning Commission March 13th seeking approval for a special use permit to increase plant production by 20%, from 22 million gallons to approximately 28 million per year despite some pushback from neighboring property owners. Scott Miller, Vice-President, and Drew Lee, the Safety Manager of Safety-Kleen, presented extensive information on the facility and operational upgrades that have been made since Clean Harbors, Inc., parent company of Safety-Kleen, acquired Bango Oil in 2016. They also presented their plans for the upgrades and increased throughput. Safety-Kleen refines and purifies motor oil producing water-clear recycled oil. Their refined product is sold and shipped to customers; the U.S. Military, the Post Office, and large transportation companies. According to Miller, Safety-Kleen is currently the world’s largest oil re-refinery. Upon purchase of Bango Oil, Safety-Kleen set about repairing and upgrading the entire facility which is located 15 miles west of Fallon on the Carson Highway (Hwy 50). Miller stated that they have made “changes to improve all aspects of operations and create a smooth running refinery.” He went on to explain that odor emissions occur when the plant is shut down, and under Bango’s management, this was a frequent occurrence that resulted in numerous complaints from neighbors. “A plant that is operating optimally produces nominal omissions,” Miller stated.  As the production rams up, with less downtime there is less odor. Plant upgrades total an upward investment of $5 million on infrastructure and improvements. Carbon canisters were installed to capture emissions, pipes and valves have been replaced along with reactors. A new transformer was installed and the distillation units have been revamped. “We took the entire refinery apart,” states Miller.  Satefy-Kleen is an OSHA regulated Chemical Refinery and must meet the same compliance standards as refineries like BP, according to Miller. They conduct rigorous inspections regularly and have opened up the site for community visits. At present, they are reporting an excellent safety record and have had zero emergency assistance needs from the county. Safety-Kleen plans to continue to invest in the refinery, explained Miller. A wastewater treatment plant is planned that will allow clean water to be used in the cooling systems and ultimately reduce water well usage by half. “Improved production and operations to allow for increased growth and throughput,” according to Miller. No modification or expansion will be needed to increase throughput which will be achieved completely by increased efficiencies. The same number of tanks, trucks, and rail facilities will be used, resulting in no impact on area traffic. During public comment, Bernadette Francke, a neighboring resident who has long battled the emanating odors, commended changes Safety-Kleen has made, but stated, “that should be the norm, they are not doing anything over or above to ensure clean air.” Her concern is, “to make sure of the highest level of environmental compliance, that there are no odors, and people who live out there are protected.” Sherry Wideman commented by letter that she still deals with very offensive odors and asks what incentive there is for Safety-Kleen to eliminate odors if they expand capacity In response, Miller stated that every time they get an odor complaint, it is investigated immediately, every time. In a point of clarification, Miller confirmed the most of the stacks release water vapor. It is an oil refinery and there will be some off-gasses. “Most likely the odor is from asphalt being loaded onto trucks.  More volume won’t generate more odor, Miller continued, “The equipment is in excellent condition and less downtime means less odors.” The Planning Commission approved the special use permit application for 20% increased throughput, with the expectation that all NDEP permit guidelines will continue to be met.
Publisher 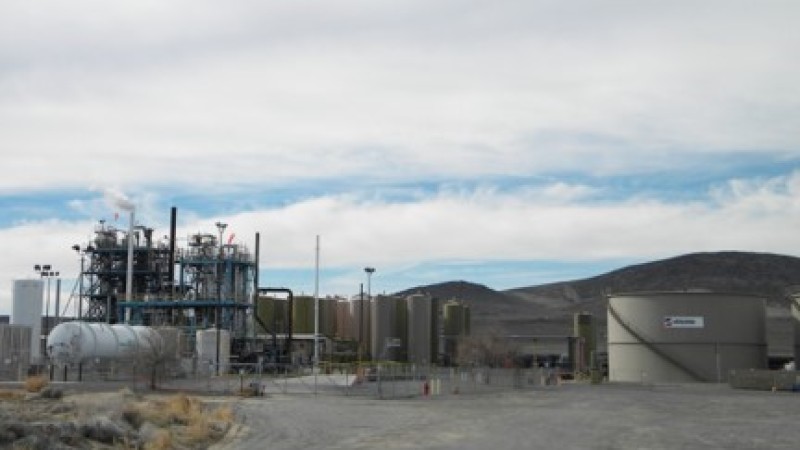