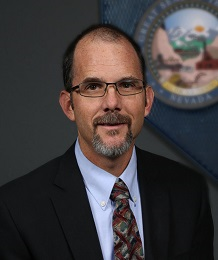 “I want to thank Dr. Canavero for his service to our state and Nevada’s students,” said Gov. Steve Sisolak. “I am thankful for his years of leadership at the Department of Education and wish him the best in all future endeavors.”

Canavero was appointed as interim Superintendent of Public Instruction by former Gov. Brian Sandoval in September of 2015. Upon a recommendation from the Nevada State Board of Education, Sandoval made the appointment permanent in February of 2016 to oversee the state’s education system serving 485,000 students. He had previously served as the Deputy Superintendent for Student Achievement at the Nevada Department of Education where he played a major role in the development and passage of a comprehensive suite of educational investments and reforms that successfully passed in the 2015 Legislature.

“It has been the highlight of my professional career to serve the State of Nevada as the Superintendent of Public Instruction,” Canavero said. “Nevada should be proud of the improved student outcomes across the state as well as the honest recognition of the challenges we face and the earnest work to address them. To play a part in the transformation of our education system has enriched my personal and professional life.”

Canavero said he is resigning for personal reasons, to seek another impactful role in education that affords him the opportunity to better balance work and family.

A special recognition of the Oasis Academy graduates
Support our Work