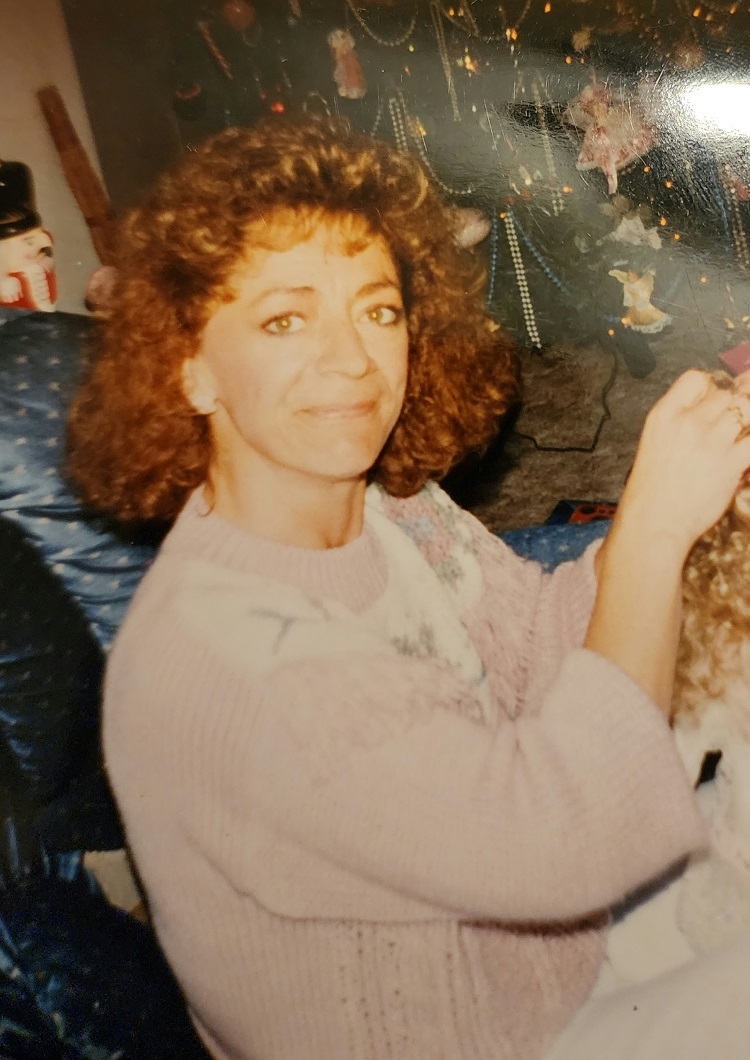 Vicki was raised in Torrance. She spent her youth at the various beaches and helping with her younger siblings. As a teenager, she worked as a grocery cashier at Gemco. She graduated from Narbonne High in 1971, and a few years after, she and her family moved to Fallon in 1975.  There, she had a job working at the Commissary at NAS Fallon. In 1977, she married her first husband Bill. They had 3 children, Angela, Veronica and Clay. They divorced in 1997.  Vicki was an avid hunter and fisher. She loved the outdoors. She enjoyed camping with her kids and spent a significant amount of time with them and her sister Jessie out at Lahontan. Vicki was also known to be an expert seamstress, costume designer, baker, artist, and softball player.  Her artistic skills were something to admire. She could draw and paint anything and made the most incredible Papier Mâché sculptures. During her life, she had many jobs, but her joy was working for the school district, with whom she retired.

In 1999, she met and fell for Dave Payne. Together, they shared so many incredible adventures. Among those adventures, they spent a lot of time touring the Oregon Coast, their favorite destination. They married in 2007. She found much peace and solitude in her later years at “Fort Payne” where she enjoyed the ranching life. She assisted her husband with feeding the cattle, and horses, and being one heck of a ranch hand.

Vicki is proceeded in death by her parents, Jack and Nancy Lund, and her brother Jack Allen Lund.

Per Vicki’s wishes, no services will be held.

Claude Ezzell 2022-11-13, 06:16 AM My sincere condolences to Dave and Vicki's family. I met her a few times out at NAS Fallon while working with Dave.