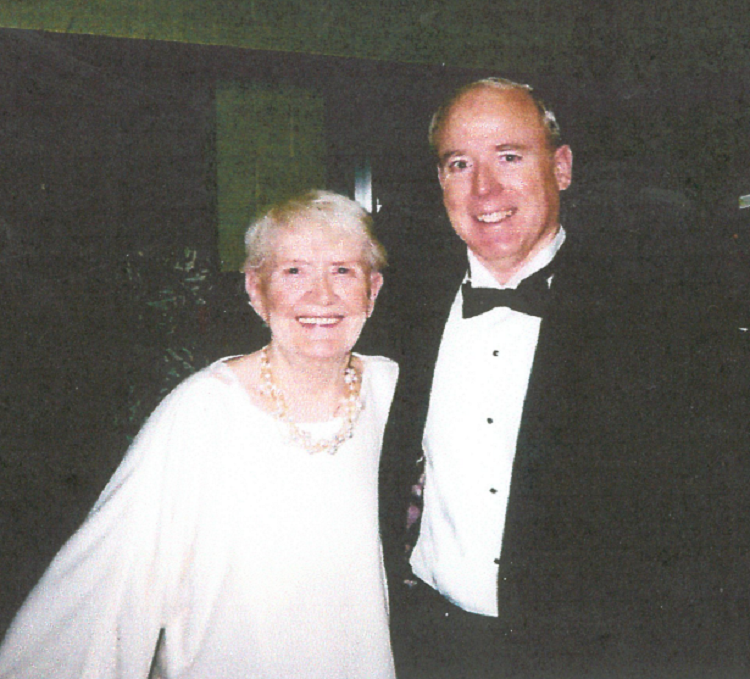 Edna Van Leuven passed away peacefully at home on the evening of August 23, 2022, with her devoted son Douglas by her side.  She was born on June 20, 1924, to Edna Stokes Hoffman and Ambrose Bernside Hoffman in Philadelphia, PA.

Edna was a devoted mother and wife, a published author, a columnist for the Reno-Gazette and Lahontan Valley News, a real estate agent, a waitress, and doing whatever was needed to help the family. In retirement, her favorite thing was doing her Crewel needlepoint and sharing it with family and friends, donating much of it to local charities over the years.

A member of the Eastern Star, her ashes will be buried next to her beloved husband Van in the Masonic Cemetery in Carson City, NV. Per her request, there will be no memorial. Instead, Edna requested that you send donations in her name to the local CAPS, (Churchill Animal Protection Society), or a charity of your choice.

DR 2022-09-07, 03:37 PM She was the most beautiful soul. She knitted our sweet baby a blanket long ago that we have always loved. We are so terribly sorry for your loss Doug. She will always be remembered and her memories always cherished.

Violet Casey-Miller 2022-09-01, 10:35 PM The flowers she made me still hang on my wall. She was a very talented lady in many ways. You were so fortunate to have so many years with her! Hugs to you for your loss!