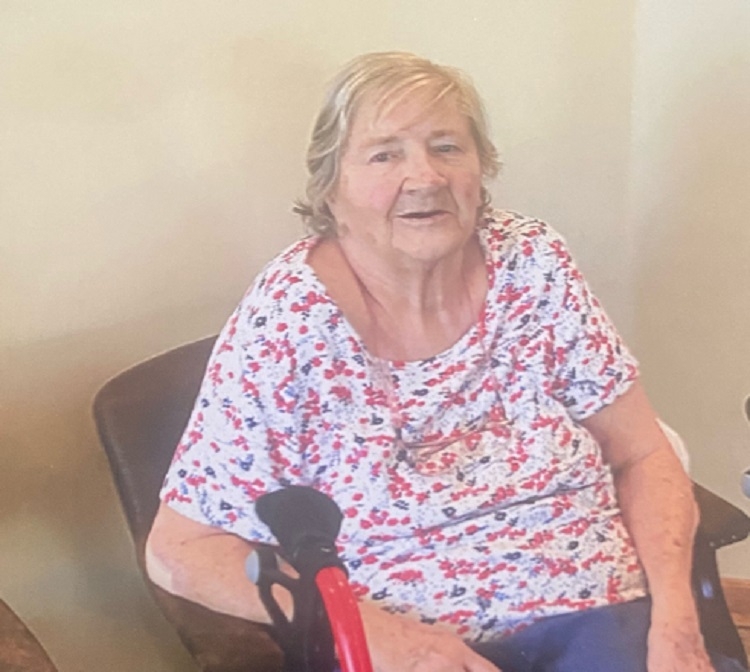 Doris Suzanne Kelley of Fallon, Nevada passed away peacefully in her sleep on June 12, 2022.

Doris, or Sue, as most people know her, was born February 1, 1943, to William and Doris Webster in Rochester, Pennsylvania. After graduating from High School in 1960 she joined the Air Force where she met her future husband Ronald Dean Kelley. They were married in 1962 and went on to have three children; Laurie, Becky, and Bruce. Sue stayed active during Ron’s military career by supporting his career, being active in her church, volunteering with Child Evangelism Fellowship, and running an in-home daycare. After moving nine-plus different times during Ron’s 26-year Air Force career, Ron and Sue retired to San Antonio, Texas. She moved to Fallon, Nevada in 20000 to escape the traffic and humidity of San Antonio. She moved in with her daughter’s family and live there until her death.

In Fallon, Sue stayed active working in her church and volunteering with CEF Good News Clubs. She worked a short time at KHWG radio station as a receptionist. She enjoyed and was good at crafting, sewing, gardening, and knowledge of general, useless trivia. She loved country-western music, collecting rabbits, reading books, dogs, cats, birds, and her family.

Sue is preceded in death by her parents, husband, and brother William Thomas Webster, Jr. She is survived by her three children, Laurie (Tommy) Cantu, Becky(Dough) Schelling, and Bruce (Debbie) Kelley; and her seven grandchildren, Tiffany, Stephanie, Kimberly, Shelby, Dakota, Kelsey, and Katie; and six great-grandchildren.

Services will be on June 22, 2022, at 11 a.m. at Victory Baptist Church, 1445 Lucas Road, Fallon, Nevada, 89406, with a potluck lunch to follow in the fellowship hall. Further services will be in San Antonio, Texas where she will be put to rest beside her husband Ron at Fort Sam Houston National Cemetery.

Tiffany Hinson the Oldest Grandchild 2022-06-20, 03:46 AM RIP Grandmother I will always love and miss you. You were one crazy ol lady that always made me laugh. I am happy that you are now free of pain and looking down on us holding hands with grandpa.