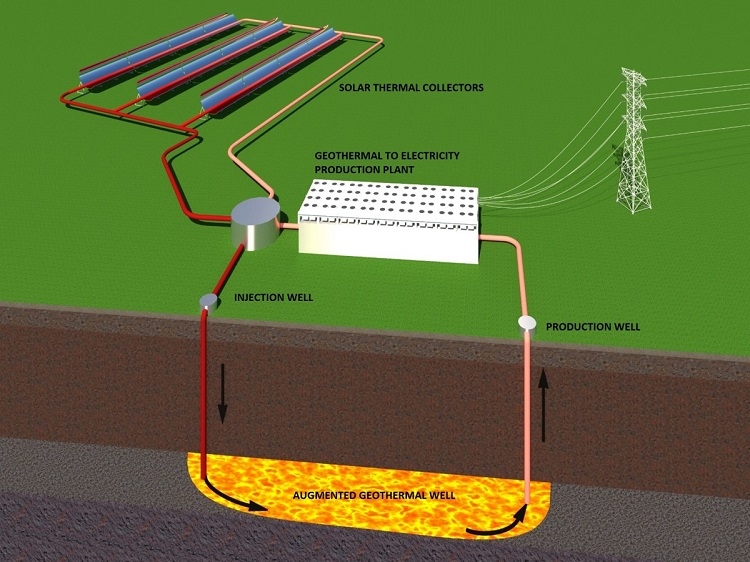 A company seeking to generate geothermally produced electricity using solar heat has received the necessary approvals from the Nevada Department of Environmental Protection and Bureau of Land Management to begin testing.

Unified Collective (UC) Won has received a temporary permit from the NDEP for its RenewGeo project, in which it hopes to prove it can create and store renewable energy without producing or using lithium-ion batteries.

“If it works, we can make geothermal plants work just about anywhere,” said Mark Hauenstein, managing partner at UC Won. “It allows us to create power in places that didn’t have traditional resources in the past.”

Hauenstein said the process involves injecting solar heat into the ground, then bringing the heated water through equipment to generate electricity.

The testing will take place in the Salt Wells area east of Fallon.

“We’re testing some existing wells in the Salt Wells area to see if they will fit this technology, and we’re pretty confident it will,” Hauenstein said.

UC Won acquired access to the wells in 2019, but it’s taken two years to secure the funding and the permits to begin the testing.

Hauenstein said it will take between 30 and 45 days to set up the piping. Testing can hopefully start in January and be completed in 60 days. The process is environmentally friendly, and doesn’t create seismic events as hydraulic fracking does.

“We’re real excited to be able to test this technology and turn it into a real project,” he said. “It’s been a long time coming, and it’s great to finally get the approvals.”

Consider these types of tax-smart contributions

Watch out for Tax Scammers