Monte Carlo Is Fantastical - and Free 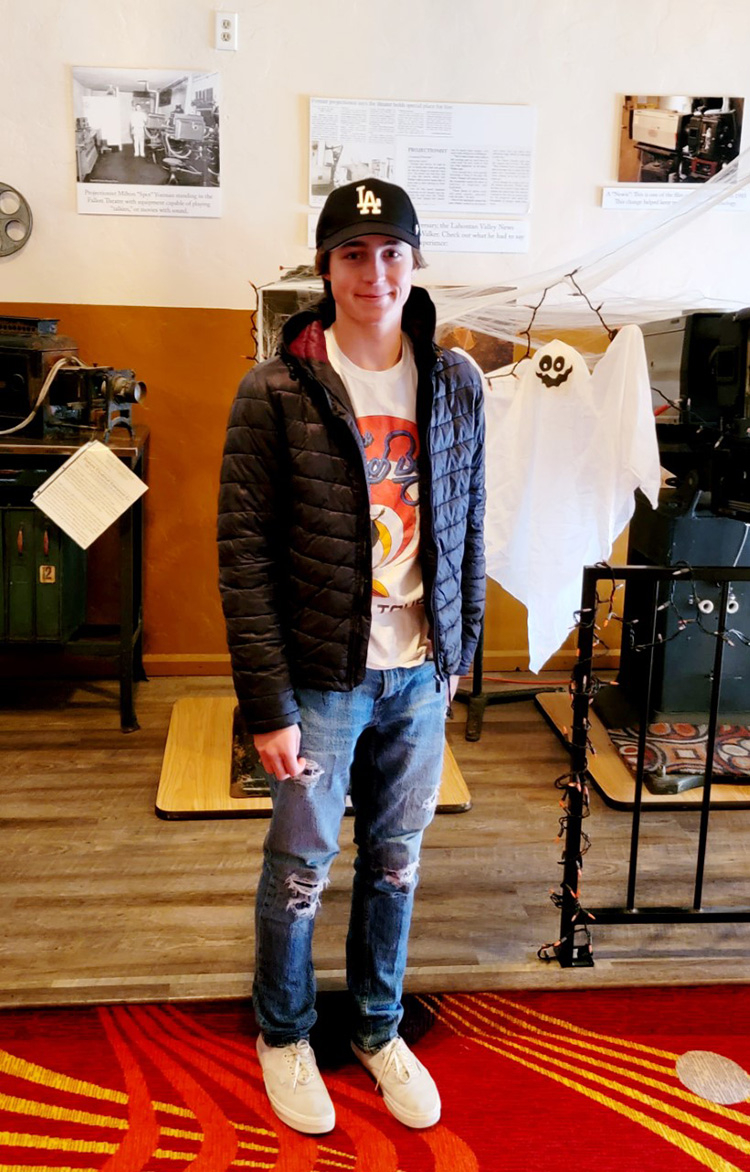 The Fallon Theatre is presenting the movie Monte Carlo on Saturday, November 6 at 6:30 p.m. by Fallon filmmaker, and Churchill County High School Sophomore, Colton Urquhart. His mom, Vanessa Urquhart wrote, “From our very own local writer/director, 15-year-old Colton Urquhart, comes this unforgettable cinematic masterpiece!” If his mom's endorsement doesn't bring you in, maybe the price will – it's being shown for free.

According to Colton, Monte Carlo is an action-adventure film centered around the main character Kris (played by his dad, Kris Urquhart), who is a cargo pilot who flies deliveries for wealthy people. Strange occurrences start happening to Kris while he's flying. He starts seeing blips on his radar that then just disappear. Then he learns about an extraterrestrial presence that came back for something they left here in the 1950s. “I don't want to spoil the movie too much. I just want people to come out to see and enjoy it.”

The idea for the movie came about because of a 1972 Monte Carlo automobile Colton's grandpa gave him. “I was taking a picture of it, and it just looked really good on camera. I had been working on a script and decided to center the story on this main character who drives the Monte Carlo.”

The film's cast is comprised mostly of family and friends. Colton said, “My dad is the main character, the Monte Carlo guy. My mom, brother Brody and sister Ali all make appearances in the movie too.” It's a family affair and one that keeps them all excited about it.

Colton got into live-action filmmaking when he was about 12 years old, “and I've just been getting better and better, building my skills.” His interest in making films is based on his love of movies, and he loves to discover movie ideas that haven't been made into films yet.

Monte Carlo is Colton's third film, but it's his first full-length feature film. “This one is 90 minutes long, so it's a big jump from my last films.” The Legion of Hope was his second film, a 35-minute live-action film featured at the Fallon Theatre in January 2020. His first film was about his puppy Emma that ran for 50 minutes, “but that wasn't very good.” Colton also produced a documentary called 2020, a collection of news stories from 2020 that he released at the end of last year.

Movies & More - for the week of January 4

Recognition for Work to Save Cats

Movies and More - Upcoming at The Fallon Theatre