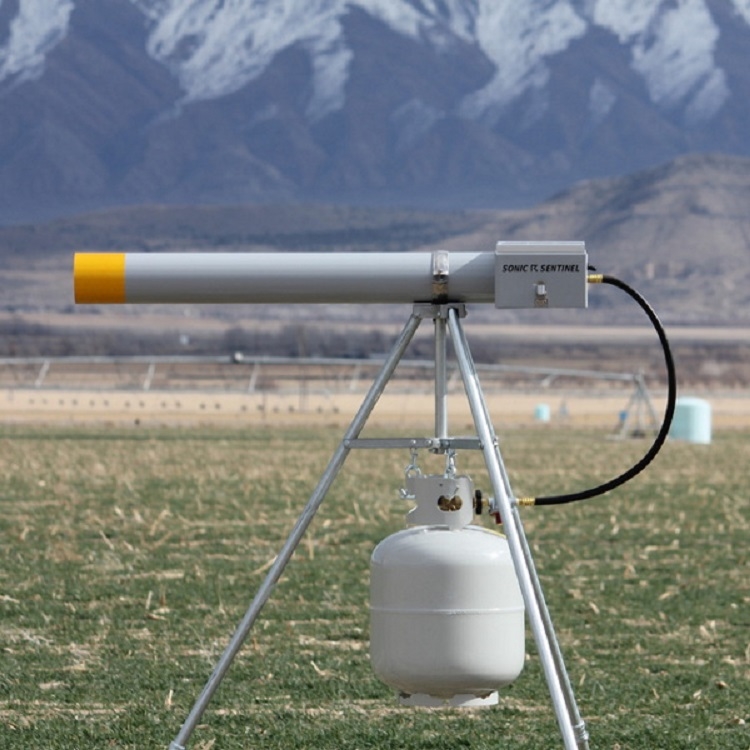 Jennifer Williamson is a neighbor of Hillside Dairy, located on the corner of Bass and Allen Roads south of Fallon. Her house sits, as the starling flies, just to the north on Allen Road. On April 12, after nearly three years of suffering the routine blasts of propane cannons from the dairy, filing a nuisance complaint with the county against the dairy, and asking County Commissioners to prevent local dairies from using the cannons in their bird control efforts.

The birds are starlings specifically, which, according to a response provided by Pete Olsen, County Commissioner and owner of the dairy, can cost local dairies up to $3,000 per day in lost feed and milk production. Olsen has recused himself from this issue and will not participate as a commissioner in the hearing, which will be conducted next week on May 19 at 1:15 p.m.

Williamson maintains the cannons have “a substantial adverse effect on the public health or safety.”

In January of 2021, she began filing complaints with the Churchill County Sheriff’s office, and in February she launched an online petition drive to protect the citizens of Churchill County from propane cannons. In March an anonymous mailer was sent to each community household asking residents to join efforts to ban the cannons.

The Churchill County Sheriff’s office forwarded the complaints along with their investigations to the District Attorney’s office, which in a letter signed by Chief Civil Deputy Ben Shawcroft, declined to “pursue prosecution of this matter as there has not been a crime committed.”

In her complaint to commissioners, Williamson cites the Nevada Revised Statute (NRS 40.140) that protects agriculture operations in the state, saying the statute does not apply in this case because the use of cannons began after the surrounding non-agricultural activities were established, namely the subdivision in which her home is located. The parcel map for the Miller Ranch Subdivision was filed on March 5, 1999, and the Williamsons purchased their property later that year.

Williamson said that she contacted Olsen by letter in February 2020, and he responded by saying there are two cannons within a quarter-mile of her home, and the dairy would build sound walls around them to help mitigate the sound.

In his letter, Olsen explained that the dairy used to poison the starlings, but that led to a mass of dead birds throughout the neighborhood. Traditionally, the dairy has hired people to shoot shotguns, all day, around the dairy to haze the birds away.

In her complaint, Williamson says the cannons can produce up to 130-decibel sounds, and her husband measured the blasts at 94.7 decibels. A Churchill County Sheriff’s deputy investigating a complaint by Williamson in January of 2021 captured the cannon noise at 54-58 decibels and 75-80 decibels.

Williamson cites the Centers for Disease Control as saying, “loud noise can cause other physical stress as well as mental stress,” from feeling tired and irritable to having high blood pressure or muffled hearing. She also said the National Institute for Occupation Health and Safety, says the relationship between loud noise at work can be attributed to hearing difficulty, high cholesterol, and high blood pressure.

According to the Department of Defense, Hearing Center of Excellence website, a blow dryer falls in the 85-100 decibel range, a jet engine is 125-155, and a shotgun blast falls in the 170-190 range.

Thomas Keyes has also filed a similar nuisance complaint against his neighbors at Sage Hill Dairy off Keyes Way that will be heard at the same meeting next week on May 19.

Chris Spross, County Public Works Director, said his office has opened an investigation into the nuisance complaints and at the hearing next week, the County Code Compliance Officer will introduce the issue, giving the background of the matter and her findings. After that, the complainant, Williamson, will make her statement, and Olsen will be given a chance to make a rebuttal. Spross said at that time, each party is given a second chance to answer, and then the commissioners can ask questions, deliberate, and make a determination.

Murph 2021-05-14, 11:13 AM Good luck with any nuisance complaint in Churchill County. If you live here or move here you know full well that there is no serious planning, zoning, or compliance. It's a free-for-all and your best bet is to not file complaints and to not make your neighbors upset.

The following information was published on the county website, June 14