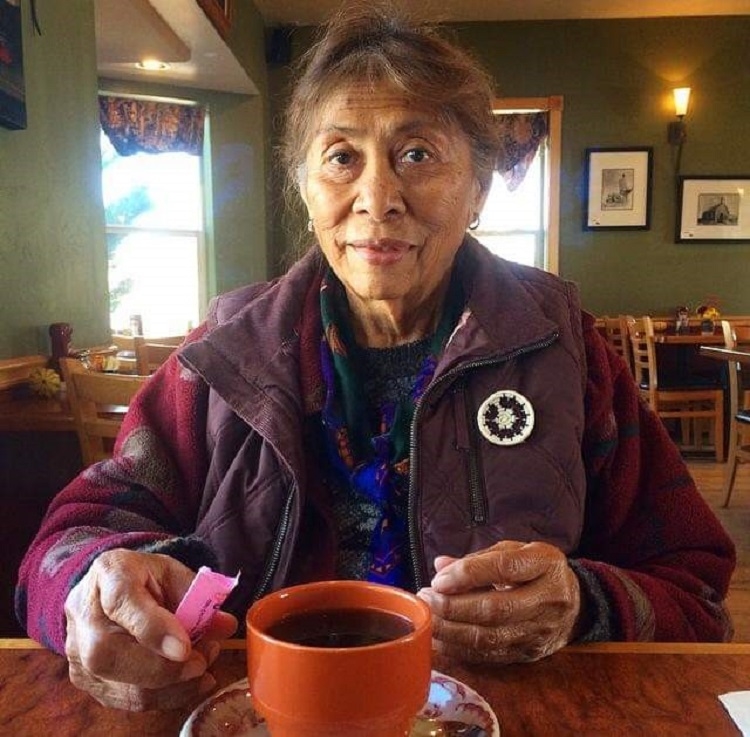 Leona Sam Hicks, age 84, passed peacefully at her home and went riding on January 1, 2021. Leona was born to Dorothy Dyer and Flavino Mina in Fallon, NV on January 13, 1936, where she lived on the Fallon Paiute Shoshone Reservation for all of her life. Leona loved the ranch life, riding her horses and being outdoors fishing and making hunting trips up to the Ruby Mountains with her family.

Leona graduated from Churchill County High School and afterward met the love of her life, Fred Hicks Sr. Soon after, they married in Virginia City on April 10, 1954. They would soon build a ranch together on the Stillwater Indian Reservation where they raised their family and built a beautiful life together. Leona had the biggest heart for family and, no matter the circumstance, she and Fred would open their home to anyone who needed a roof over their head. Her life was committed to her family and always doing what she could to help others.

Leona worked in the Churchill County School District as a teaching assistant and at the Stillwater Indian Reservation Headstart program. Later in life, she was presented with the Pesa Namanedu Award for being the foundation for Native American Educators by being one of the first Headstart teachers in Nevada. She was also a local leader for the 4-H programs in Fallon where she led groups in horsemanship, sewing, and cooking.

Leona was one of the founding members of the Nevada Indian Rodeo Association in 1966 where she would later serve on the committee for many years as both Secretary and Treasurer. She also helped out with the Pow Wow by using her sewing skills to help make jingle dresses for the dancers. Leona also competed in the Indian rodeo in barrel racing and horse races. She and Fred loved to compete and would make countless friendships, and endless memories, with the other participants from all over the West Coast and Canada. Leona was also a member of The Church of Jesus Christ of Latter-Day Saints where she built many cherished friendships throughout the years.

She is survived by her four children Jennifer (Hansen) John, Bonnie Hicks, Fred Hicks Jr. (Cheryl) all from Fallon and Dorothy (Steve) Palmer of Nespelem, WA, 15 grandchildren, and 30 great-grandchildren.

Funeral services will be held Saturday, January 9th @ 1:00 pm at The Church of Jesus Christ of Latter-Day Saints on N. Taylor Street. Services will be for immediate family only due to the Covid-19 restrictions.

Following services, Leona will be laid to rest at the Stillwater Indian Reservation Cemetery, which will be open to everyone and a Celebration of her Life will happen when it is Safe to gather. The funeral will be Live Streamed for anyone wishing to view, please text (775) 997-5961 for link information. Flowers can be delivered to the church that morning.