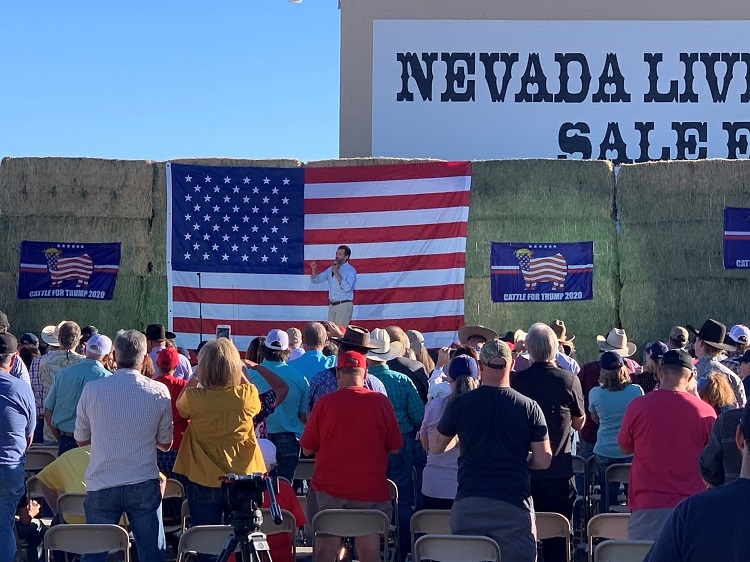 Donald Trump, Jr. spoke at the Ranchers for Trump Cattle Drive event in Fallon this week

Donald Trump, Jr. spoke at a rally and live cattle auction held on Wednesday in Fallon, Nevada. Organized by Northern Nevada cattle ranchers who spent a week gathering donated cattle from across the state, the event was held at the Nevada Livestock Marketing behind Louie’s Home Center. Cattle were hauled in trucks that were then used by the Secret Service to encircle the property and create the outside venue.

Local volunteers said they served over 500 steak lunches at $100 per plate. The lunch was followed by a fundraising auction, including concrete donated by Hiskett & Sons and a round of golf at Coyote Springs Golf Club, political speeches, and the live cattle auction at 5 o’clock p.m.

Adam Laxalt, former Attorney General, spoke as the crowd waited for Trump, Jr. whose plane had been delayed. Over 400 people attended the free rally that began at 2 o’clock p.m.

Trump, Jr. took the stage, thanking the crowd for their attendance and their support. “This is why we do this, this is why my father got in the race,” he said, “for you.”

He spoke of his youth and his family as international business people. “We build buildings and my dad was of the mindset if you were going to build you better know how to dig the foundation. And that’s not from watching someone, that’s from doing it yourself.”

Speaking of current events, he referred to “the big one – that elusive creature called Middle East Peace. We’ve been hearing about this most of our lives and Donald Trump has done three of those deals in the last few weeks.”

After a fairly entertaining stump speech, sprinkled with humor bordering on stand-up comedy, Trump, Jr. came off the stage and went among the crowd, signing hats and t-shirts for local youth and visiting with supporters.

The live cattle auction followed, beginning with the sale of a mule which supporters good-naturedly named Kamala. Bidding went to $1,500 when someone in the crowd donated and extra $1,000 if auction owner, Jack Payne, would ride the mule in the ring. He was promptly bucked off, leading to more good natured, small-town ribbing about political rivals.

Pam Hucke volunteered to help organizers and worked on details for a week leading up to yesterday. “I’m going to say the best part of this was seeing these cattle trucks pull up and then line up to create the space for the event,” she said, “just everyone pulling together to make it happen.” 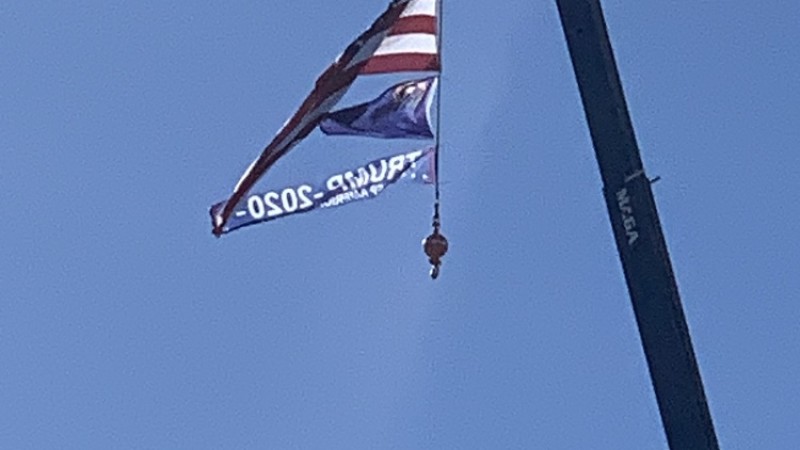 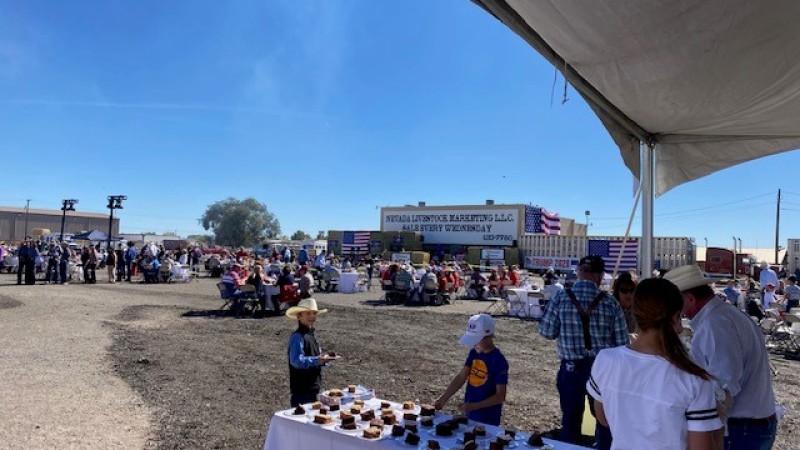 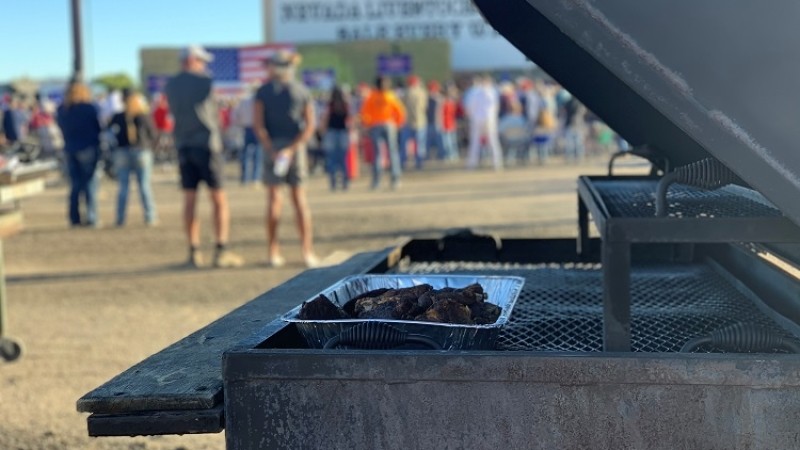 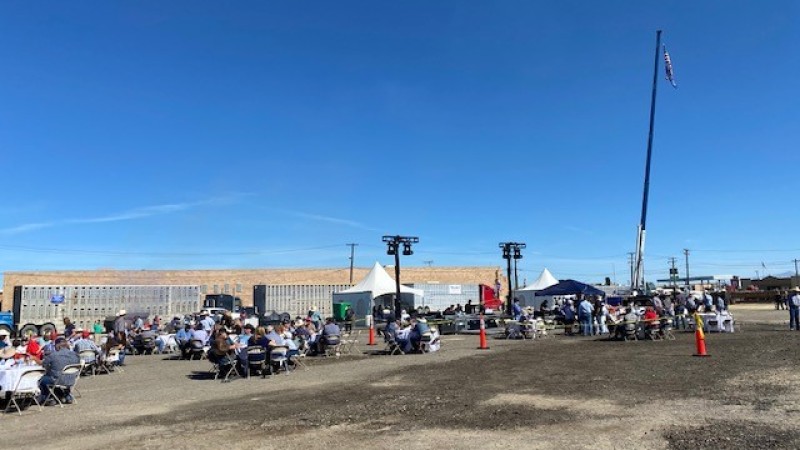 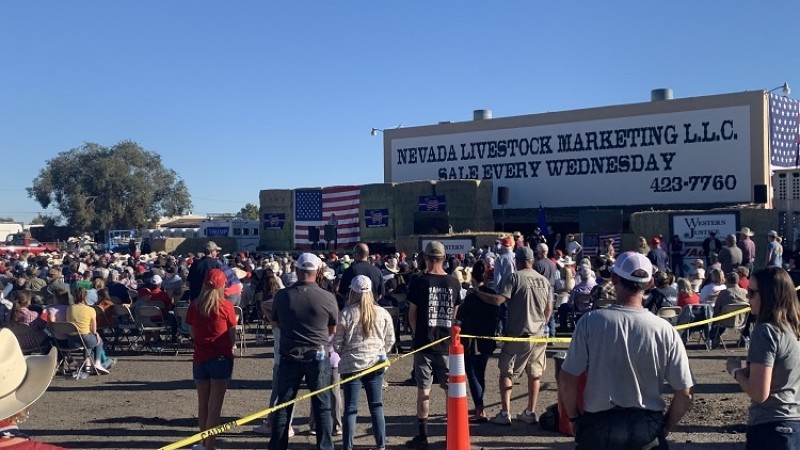 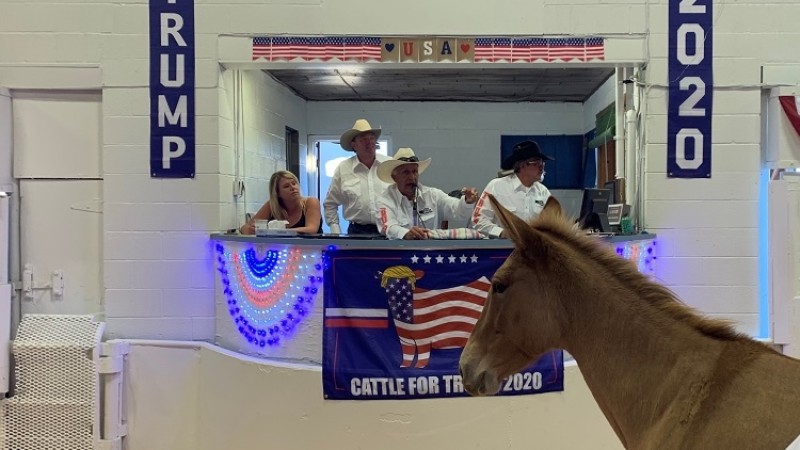 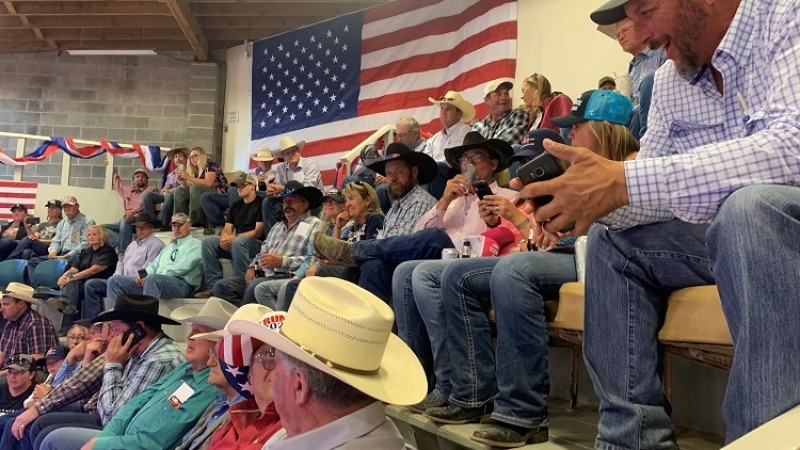 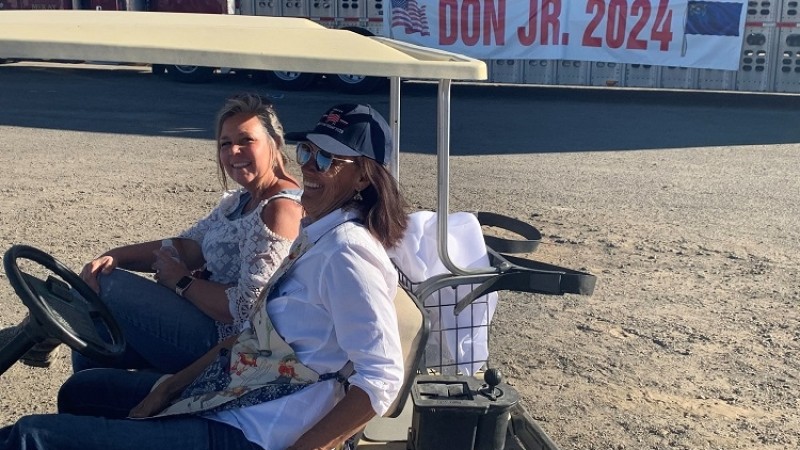 Stanley B 2020-10-15, 02:06 PM At least in Fallon you can be conservative without being attacked. In Reno people are having homes and cars vandalized if there is a Trump sign and in Carson City the Republican headquarters was vandalized again.

Check out the video our Viviane produced if you need help with your mail in ballot...