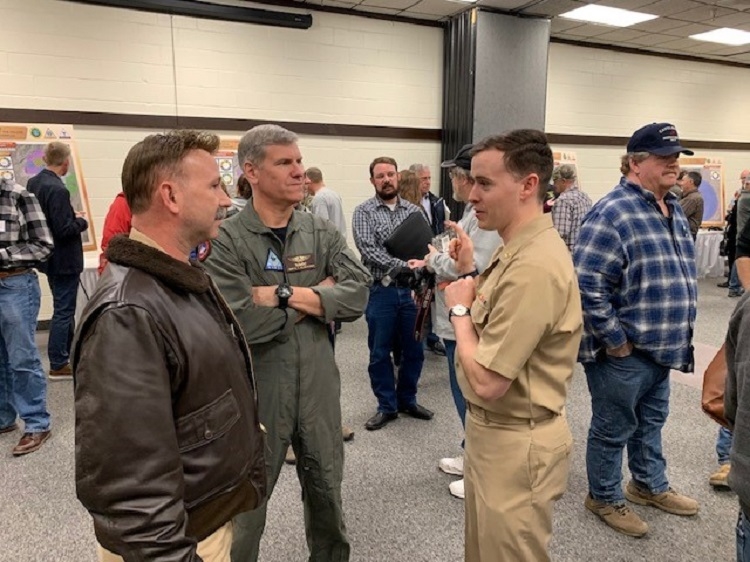 We would like to provide information to correct the assertions made by Ms. Connie Howard, a member of the executive committee of the Toiyabe Chapter of the Sierra Club, regarding Department of the Navy stewardship of land and our proposed modernization of the Fallon Range Training Complex (FRTC).

Our Sailors and Marines conduct realistic training at the Navy’s FRTC in Fallon, Nevada, before they are certified to deploy into harm’s way to defend our Nation. We must modernize and expand the FRTC to provide the land area needed for warfighters to gain requisite proficiency in the use of modern weapons to ensure fully ready and capable forces for our future. As we carry out these vital activities in support of our national defense mission, we are committed to fulfilling our obligations to defend the Nation, while also conserving, preserving, and protecting the lands entrusted to us by the American people. As Major General Mike Lehnert declared in 2005 at the Sierra Club’s national meeting, “A country worth defending is a country worth preserving.”

We recognize the magnitude of our request to withdraw an additional 522,000 acres of public land for military use, of which 329,000 acres would be closed to public access. However, we are confident that our numerous engagements over the years with private citizens and Federal, State, Tribal, and local government representatives, coupled with our significant land management experience and expertise, enable us to be good stewards of Nevada’s resources while ensuring our sons and daughters are prepared for combat.

The Department of the Navy manages 4.5 million acres of land across the United States. We have been recognized time and again for our significant contributions to species recovery and habitat protection, from bringing the Sonoran pronghorn back from the brink of extinction to increasing red cockaded woodpecker populations throughout its range, to stabilizing loggerhead shrike populations on California’s San Clemente Island. We are successful because of our commitment to protect natural and cultural resources, which includes investing hundreds of millions of dollars to research, analyze, and mitigate our environmental effects, often in partnership with federal and state agencies, tribes, local communities, and non-governmental organizations such as the Sierra Club.

Most of the withdrawn public lands closed to public access that will support FRTC modernization serve as a buffer or safety area that will not be affected by military training activities. Under Department of the Navy control, these lands will be protected and robustly managed pursuant to Integrated Natural and Cultural Resources Management Plans jointly developed in consultation with the State of Nevada, U.S. Fish and Wildlife Service, and residents of Nevada. Furthermore, in areas where we expect environmental impacts from our military training activities, we will implement measures to mitigate those impacts.

Additionally, we will develop managed access programs for newly acquired lands with regional Tribes for cultural and religious practices, with the Nevada Department of Wildlife to support bighorn sheep hunting, with the U.S. Bureau of Land Management for organized off-highway vehicle races, and with the U.S. Fish and Wildlife Service for the continued management of the Fallon National Wildlife Refuge (NWR). Although expansion of a range buffer zone will overlap a small portion of the Fallon NWR, the lands will remain a part of the refuge and will be managed by the U.S. Fish and Wildlife Service. We will also provide managed access for wildfire suppression, scientific research, and other data gathering and resource management efforts. The Department of the Navy is hiring two Tribal liaisons who will report directly to the Commanding Officer of Naval Air Station Fallon to further facilitate Government-to-Government consultations with the 14 Tribes affected by our use of the FRTC.

In closing, our FRTC modernization is an important national security initiative. We look forward to continuing to work with our Federal, State, Tribal, and local partners and the citizens of Nevada to protect, conserve, and preserve the natural and cultural resources entrusted to us, while we also ensure your brave men and women in uniform are well trained and ready for combat when called to duty.

Letter to the Editor -- Kelly Frost, City of Fallon Councilwoman

Letter to the Editor -- Michael Trainor

...the primary question is where we draw the line between government protections and individual freedoms...

Letters to the Editor -- Robby Johnston