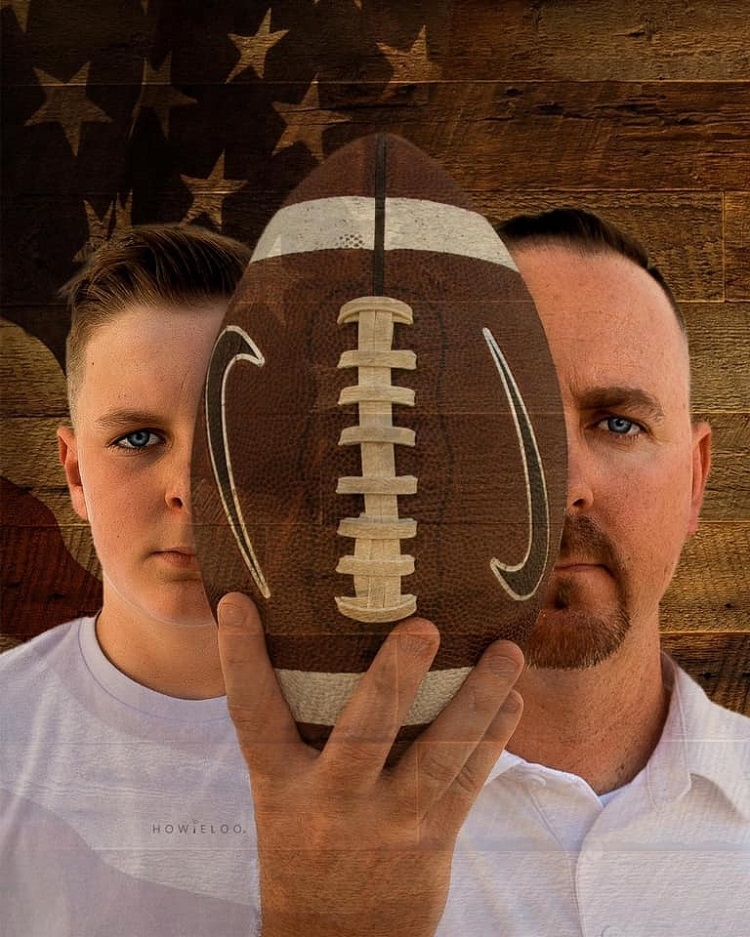 Howieloo Photography, LLC Avery and Joe DeAloia, winners of the 2020 Mini Me Father and Son contest

Competition runs in their veins, and this year the DeAloia boys won the annual 2020 Mini Me, Father and Son contest sponsored by Howieloo Photography and other local businesses.

Joe and his son Avery had actually entered the contest last year and came in as the runner up, but according to Joe, “second place is the first loser.” And so, they entered again this year and came out victorious.

Basketball, football, baseball, are Avery’s favorite activities, and he will start track this year in middle school as he begins sixth grade. He says he is thinking longer sprints and the high jump.

Avery also is quite a student and likes English but he lights up over math. “I’m really good at math, I don’t really have to worry about that. A lot of kids are really angry about math,” he said, “they didn’t really get it this year,” due to the COVID online situation and “next year they’re going to struggle.”

Joe said when he played football for the Greenwave, Caleb’s dad Chad was a year older than him, and Harvey Dahl, former NFL player, was a year younger. “Chad was the hardest I ever got hit in high school during practice one day. It was the worst I remember; I’ll never forget it.” And now their boys play together.

In the competitive world of auto sales, Joe has also excelled, working at Fallon Ford for a little over 19 years.

The Mini Me contest day was covered by Thomas Ranson who followed the two taking video while Laura Howard of Howieloo Photography took still shots. “It was action packed,” said Avery, “we started at Pizza Barn for lunch.”

“I’ve been eating at Pizza Barn since they had the little horse you rode for a penny and that game on the wall – the trap shooting game,” said Joe. “Anyone from Fallon who grew up here knows Pizza Barn and that game.”

The pair then went to Grouchy’s Barbershop to have their hair done and get dolled-up for the photoshoot and then over to Buttsup Duck for prizes there.

“We walked in and Jamie Lofthouse was there, and I’ve known her forever,” said Joe. “She said to Avery, ‘you look exactly like your dad in fifth grade.’”

A quick stop by Doreen’s Desert Rose, took the pair to their photo shoot, and the interview with “The Fallon Post.”

“This is a very cool thing these businesses do and we’re appreciative of their time,” said Joe, “we wanted to win last year,” he laughed. “I do really want to thank everyone for this.”

The contest is the brain-child of Howard who got her small business friends to jump in on the action with her. “Even when the world around us seems a bit stressful and unpredictable, these small business still make us feel loved and important by bringing a smile to our faces with gifts from their heart and business they have worked so hard to keep afloat during these difficult times,” she said. “A very special thank you to Buttsup Duck Designs, LLC, Doreen’s Desert Rose Florist, The Fallon Post, Billy Coleman Barbering (Grouchy’s), Lori Crook with Mary Kay, Pizza Barn, Remember This Ranson Family Photography.”

Video Credit goes to Thomas Ranson and the video of that day can be seen here: Mini Me Father & Son 2020.

As for Avery, he has plans for college after filling his own role as a Greenwave and wants to earn an athletic scholarship. “If I get a scholarship for my grades, because I have good grades, that would be cool too, and I would study biology.”

But what he really wants is to go to the NFL. “It’s not about your build, it’s my drive. If you do your thing, you’ll get better at it,” he said.

Joe said, “I try to reinforce that in him every day – he can do that. He can do whatever he wants, you’ve gotta have that self-motivation and that work ethic and he has it.”