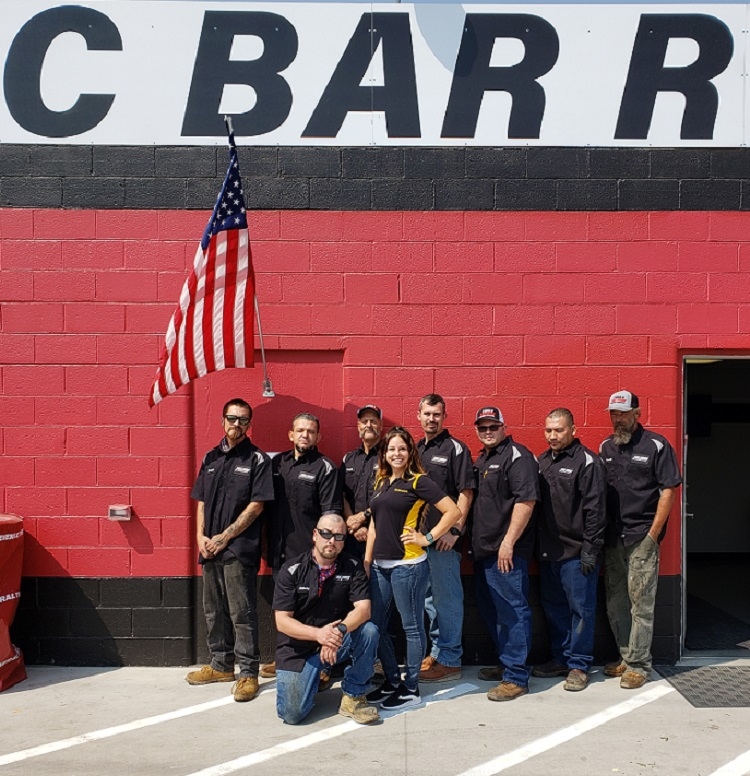 The longtime family run business, started in 1984, where many have stopped by at times either for a cup of coffee with the founder of the business, Dave Cornmesser, an oil change, or to buy a set of tires from one of his sons, Eric or Steve, has changed ownership. The new owner, Marc Williams, is glad to have the opportunity to own this well-respected business and looks forward to serving the Fallon community in the “Cornmesser tradition.”

Marc is originally from Elko where he and his brother started NNE Construction. Marc came to Fallon in 2002 to help another contractor with a job here. While in Fallon, he talked to the telephone company and NNE Construction ended up receiving a contract with the telephone company. So, in 2003 his family moved to Fallon and their company expanded with an office here.

Over the following years, at numerous sports activities, the Cornmesser and Williams families became good friends. As their children played various sports together (Marc and his wife, Becky, have five very active kids), the friendship grew. Marc also noted a commonality between the two families, “Behind every great man is a better woman standing behind just pushing like she can’t push anymore.” Hats off to Becky and Vivian.

About five years ago while Marc was filling a propane tank, he asked Vivian Cornmesser, Steve’s wife, how she liked the tire business. Vivian replied, “It’s ok.”

Marc responded back with, ”Ever think of selling it?… If you ever do, we may be interested.”

About six months ago, again while filling a propane tank, Steve asked Marc if he recalled the prior conversation and let Marc know that, “Well, we’re thinking.” Talks began and one thing led to another and the business was sold. Steve and Vivian are headed to Texas to join his brother Eric and family.

Marc enjoys being diversified in the business world, saying it helps keep him busy. But he does not plan to be the main man at C Bar R. He is very complimentary of the great staff that works there and has been able to keep Steve’s staff all employed. Lee Bennefield and Eli Trevino will be the lead employees for the business. Lee has been with the Cornmessers for close to 14 years and Eli for approximately five years. Rylie, Marc’s third oldest, will also be on hand at the store.

“We want to continue to be that hometown tire store that cares for customers and offers the same grade of hometown service,” Marc proudly stated. He does not have plans for any changes in the grand scheme. “There are so many great people in this valley, whether the people who work at the base, farmers, or the ranchers who have been here forever, we just love Fallon so we’ll try and do our best to keep everything the same. Of course, no two people are going to run a business the same and so there will be some changes.”

One of those changes is the closing of the business on Saturdays. Marc noted that some people liked the change, and some did not. It may be inconvenient for some, but it allows the employees to spend more time with their families and that is important to Marc. The business notified their customers of this change, and that they will continue to have emergency service calls available when needed. Both Lee and Eli will have their phones with them on weekends so they can respond when those unscheduled emergencies arise.

Marc hopes to have a Grand Opening soon and give himself a chance to get to use his custom-made barbeque. As soon as the weather cooperates a bit, the community will get the opportunity to meet this family and they will be able to meet more of the community members. Until then, the doors are open with the same friendly atmosphere that C Bar R has always offered.