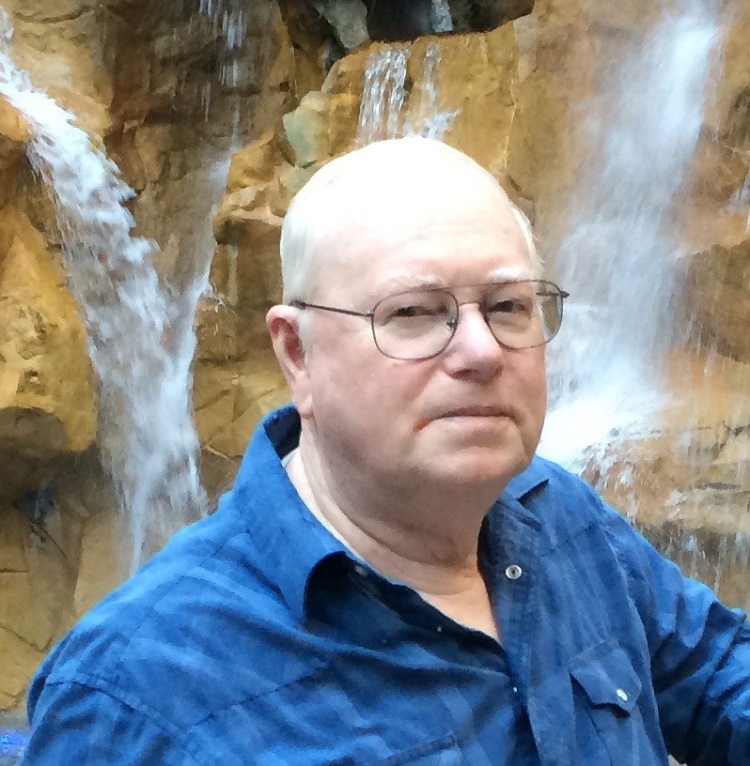 Billy K. Baker writes from Fernley, Nevada. He is a lover of language, has a great sense of humor, and sometimes gets a very serious thought which he will share with us in his regular column.
Our own Billy K. Baker is back... with some thoughts on lying

Since when did it become okay to lie? I attended maybe a dozen schools when growing up, and can’t recall a single instance when they condoned lying.

Today, lying is not only condoned, our political discourse seems to encourage it. Why? To get what we want or to undermine an opponent—who, by the way, is a fellow American.

Whatever happened to honor? Where did “Your Word is Your Bond” go?

Before proceeding, let me clearly state that telling the truth doesn’t mean you must tell all the truth (unless under oath). Husbands and wives, political parties, and nations have a right to keep secrets. It would be naïve to argue otherwise.

I distinguish between lies and fibs. A lie harms someone in some fashion. “Don’t worry about COVID-19, Charlie, it’s really just like the flu.” If poor old Charlie gets infected by COVID-19, he may end up with a mild sore throat, or may require a ventilator to breathe, or may die. In any case, harm was done.

A fib does no particular harm and may do some good. If the wife asks, “Does this blouse make me look fat?” a supportive husband fibs, “You’ve never looked lovelier,” knowing the wife isn’t asking for truth. She’s asking for reassurance.

Many a man has struggled to rescue a marriage foundering on the rocks and shoals of cruel truth. He may have thought honor demands he tell it “like it is,” only to learn a happy marriage depends, from time to time, on a good fib—to give their union smooth sailing.

Understand, here, I’m not talking about a self-serving lie he regards as a fib, “I was planning to celebrate our anniversary tonight,” having completely forgotten the anniversary. The man may delude himself into thinking no harm was done, that he’d gotten himself off the hook.

The wife knows better. She may accept his lie, but her feelings are hurt, harmed … and she will remember. During some later dispute, the wife will retaliate, and the poor husband will be thoroughly bewildered: Where did that come from?

Men who’ve been married awhile discover that wives bank every thoughtless slight, ready to bring it up when the time is ripe. In my experience, elephants and wives never forget. We can only hope they forgive.

So much for marital discord; let’s broaden the discussion. Take international relations. If an ambassador for, say, Scotland or Luxemburg makes a claim of some sort, we take it as truth, even though it’s undoubtedly buried in diplomatic overtones. Let a Chinese or Russian ambassador say the same thing, and we view it with suspicion, with skepticism. Why? Because Chinese and Russian leaders have lied so often we distrust their words.

What does that matter? Well, a misreading of motives, of intent, can lead to difficulties—if you count war as a difficulty. When Russia signs a disarmament or de-escalation treaty, can we trust they will abide by its provisions? Historical experience says No.

Now, I recognize the possibility that Russian leaders may say the same about us … and may be correct. But I’m an American, and really do want to believe we are honest and faithful to our word.

Not that the record supports me unreservedly. Our broken treaties with Native American tribes have left disgraceful scraps all over the landscape.

Not long ago, we went back on our national word, abandoning a pact with Iran and others. Why? Basically because it wasn’t perfect in our view (also because doing so made us seem powerful).

Even though our own government said Iran was living up to its agreement, we said, “To hell with that! We can get a better agreement.” (Have we?)

Put yourself in the shoes of any foreign leader after that abandonment. Why should he trust any pact we make with his country … from now on?

Going back on our word has troublesome ramifications. How can foreign leaders cooperate with us if they don’t trust our words, our commitments?

Climate change will soon require multi-national, even whole-Earth cooperation. The entire planet is involved. If we aren’t regarded trustworthy, foreign leaders may suspect us of selfish motives, will hesitate to join in confronting a common nemesis. Future generations on our planet could suffer. Multitudes may die … including Americans.

It is one thing to lie to foreigners. It’s another to lie to Americans. If we cannot trust each other’s words, how can we agree on problems facing us, let alone agree on solutions?

We are in a clash of conscience: Self-interest? Or national interest?

Right now, self-interest is winning—a myopic view happily stoked by our adversaries. The more we United States citizens divide into two (or more) self-interested camps, the weaker we become as a nation. An adversary can take advantage, can exact profitable trade deals with countries once firmly allied with America, can extort territorial or other advantage from those who feel we are no longer trustworthy, will no longer come to their aid.

The natural conclusion of this process is … war. Oh, not a declared war, but a war that sneaks up little by little: A conflict here, a reaction there, a response, a reaction to that … on and on, until multiple nations are engaged … and one of them angrily or desperately pulls the trigger on the Big One.

There is an alternative. It isn’t instantaneous, and it will demand vigilance, constant, dedicated vigilance. I consider it true patriotism.

We can start to choose national interest over self-interest, choose that honor once again means something, is to be practiced, celebrated, and—yes—taught: in schools, universities, houses of worship. In other words, we can decide to stop lying to other countries, to each other, and … to ourselves. The choice is up to us, individually and collectively.

Billy K. Baker is a lover of language and writes his local column from Fernley, Nevada

Billy K. Baker is a lover of language and writes from Fernley, Nevada

An Idea for a Comedy-Magic Skit

Billy K. Baker is a lover of language and writes from Fernley, Nevada
Support our Work