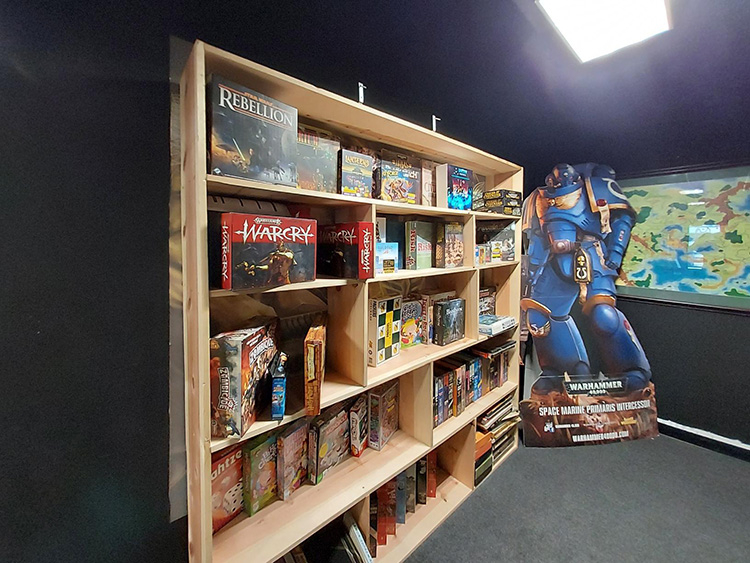 Going commando in Fallon takes on a whole new meaning when V-Titans: Games and Comics hosts their Orktoberfest Warhammer 40k Games, Saturday, October 30 at 10:00 a.m. Ork Kommando, Roboute Guilliman, and other miniature metal gear characters will face off in battle pairings. V-Titans, located at 143 South Maine Street, is a gaming and comic book store that provides a family-friendly gaming space for kids and adults of all ages. Treat-or-treating and a costume contest is also planned for Sunday, October 31 as part of the other Halloween events that day.

The V-Titans store has the Five Titans from the Warhammer game proudly displayed in their front windows and is every game player's dream. They offer everything from board games, video games, collectible and new comic books, story books, and miniature characters to in-person role-playing games such as Dungeons and Dragons. The store's event space in the rear, where D & D style games are held, can also be rented for private parties with room for catering food and beverages. The store is also the drop-off point for Toys for Tots this year and has been since opening three years ago.

William Lee, Assistant Store Manager said, “The store is community-based, open to anyone that would like to come in and play, and no membership is required.” He holds painting classes at the store for kids where they work on miniature statues of their favorite characters and gives them instruction on how to play any game in the store. “Anyone can come in and try out a game too, before they actually purchase it to be sure they will like it.” The store also hosts tournament card-based games such as Magic: The Gathering on Fridays, and Yu-Gi-Oh! on Saturdays with plans for starting Pokemon and other board game nights soon. Lee describes the store as, “A safe and comfortable place for kids and women, everyone really, to come in, play games and have fun. And kids can always use more good stuff to do.”

Lee was the guest speaker at this week's Rotary Club meeting and fielded many questions. Lee confirmed that gaming is very popular, and their business continues to grow. They’ve had game players as little as six and as young as 90. The store is family friendly with no alcoholic beverages served. When asked if the store buys and sells collectible cards, Lee replied they had just bought a collection of 5,000 cards. “It's a pretty big collection.” One of the items Lee brought with him was a mini-Yoda doll that got so much attention that he donated it to be auctioned off at the end of the meeting.

Registration for the Orktoberfest is $20 per person, and can be done in advance through the Best Coast Pairings web site, https://www.bestcoastpairings.com/event/qcaej1td or in-store at 10:00 a.m. on contest day. The first round of pairings will battle from 10:30 a.m. until 1:00 p.m., then 30 minutes for lunch, followed by round 2 from 1:00 to 4:00 p.m. and round three from 4:15 p.m. until 6:45p.m. when the winners will be declared. Prizes will be based on participation. According to the www.reddit.com web site, “Warhammer 40k is a franchise created by Games Workshop, detailing the far future and the grim darkness it holds.” The largest attraction of 40k Game are the miniature characters. However, the franchise also includes video games, board games, books, and anything else connected to the 40k universe. It's a culture all its own.

The store is also planning a first for Fallon, a Comic-Con event for 2022, with Lee saying, “It will allow local people to get out and meet other like-minded people and find merchandise that isn't generally available in stores. It's a community gathering type of event, providing an opportunity for sharing comic convention experiences.” 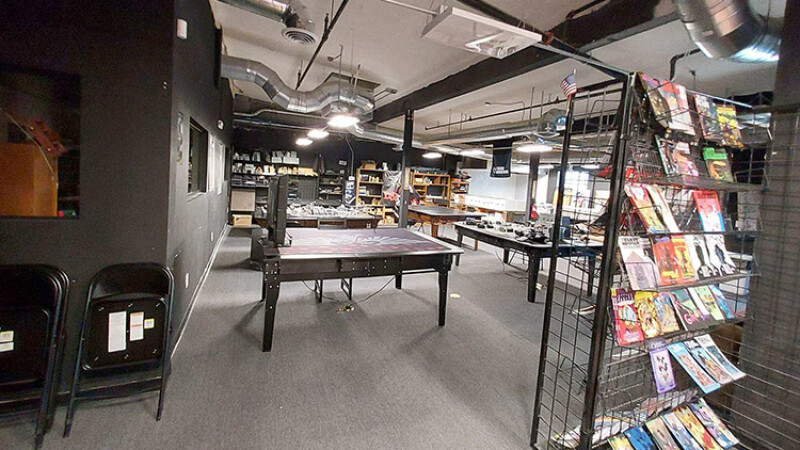 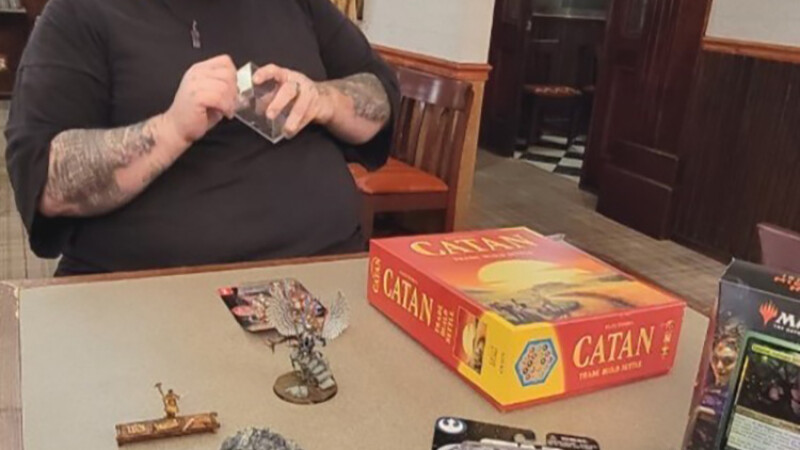 Get Your Shopping Pants on For Small Business Saturday