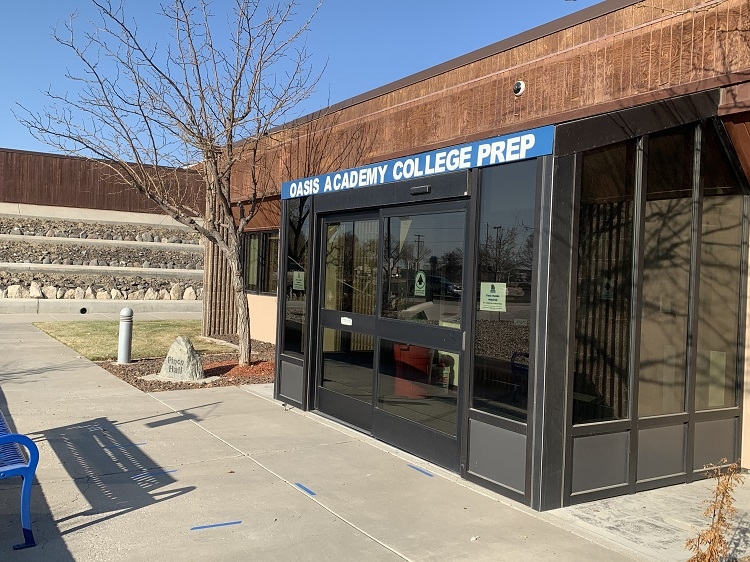 A feeling we have nowadays, is that it has become fashionable to establish a special day for every organization or demographic. So in honor of National Girls in Science Day, which was February 11th, Blockchains LLC, the Northern Nevada technology company, recognized female students participating in their Blockchain Education Initiative.

In Fallon, there are several students at Oasis Academy benefiting from the company's initiative through a newly established class taught by Math and Computer teacher, Jake Lewis. He is working with Dave Riske, a professor at Western Nevada College to develop the class along with the Blockchain LLC organization.

Lewis has been teaching the computer design class at Oasis for the past year and a half and when Principal Rochelle Tisdale asked him to teach blockchains he didn’t even know what it was.

“I didn’t know what it was,” he said laughing, “I had no idea – none, and as I got into it I thought it was fascinating.”

He took a class with Riske and a couple of other training courses over the summer, teaching his first Blockchains class last fall. After more classes over the winter break, he is teaching Blockchains II this spring. “I was excited to do something here that is cutting edge and at the forefront of technology,” he said.

The goal of the Blockchain Education Initiative is to develop an innovative and adaptable future workforce for blockchain technology in Nevada. To do this, Blockchains has developed two courses – Blockchain I and Blockchain II – that introduces students to the technology.

Offered as dual credit, high school students can receive both high school and college credit. The first course introduces the basics of blockchain technology and provides hands-on workshops, such as coding in JavaScript. Then, Blockchain II focuses on how blockchain is applied to real-world business problems and offers an introduction to Solidity, which provides a foundation for learning blockchain-based smart contract development. Studying blockchain technology capitalizes on several STEM disciplines, including computer engineering and higher math. Entering the workforce with a blockchain-focused education positions graduates for jobs in almost any industry, including healthcare, banking and energy.

Oasis Academy was introduced to the blockchain class offerings by Nevada consultant, Eddie Ableser who works with several charter schools as well as Blockchain LLC. According to Tisdale, “He felt like our program was a great match as they were looking for a rural school to participate in the initiative.”

As part of the blockchain class, students are learning about cryptocurrencies including the recent growth in the value of Bitcoin. They are also learning about smart contracts and the efficiencies and potential uses of that technology. Students are primarily doing programming and coding, learning about what blockchain are and what they can do.

Lewis is excited for his students and says they will use this technology in their future careers. “I have a girl who wants to be a lawyer and that’s exciting with Blockchains because what they’re in need of is someone to look at the law and then look at code and be able to translate,” he said. Two of his students are really good at writing code and he says they can write faster than he can. He is hoping they will be interested in some blockchain development and ways to write code on the back end.

“This is fun and it’s something I’m really interested in,” said Lewis, “and I’m grateful for WNC and Blockchains for giving us this opportunity.” Blockchains is training teachers in Nevada to teach the blockchain classes in several schools. In a press release, the company said, “Blockchains proudly stands with all organizations that acknowledge their responsibility to our local community and the world, to take action in creating more STEM opportunities for young minds.” Tisdale is on board with that philosophy and appreciates the program for Oasis students. "We are so fortunate to have this amazing opportunity for our students” said Tisdale. “This is cutting edge and it is happening first here in Nevada and in Fallon." 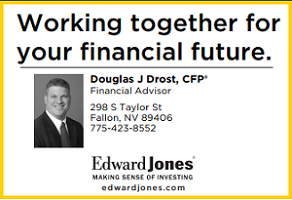