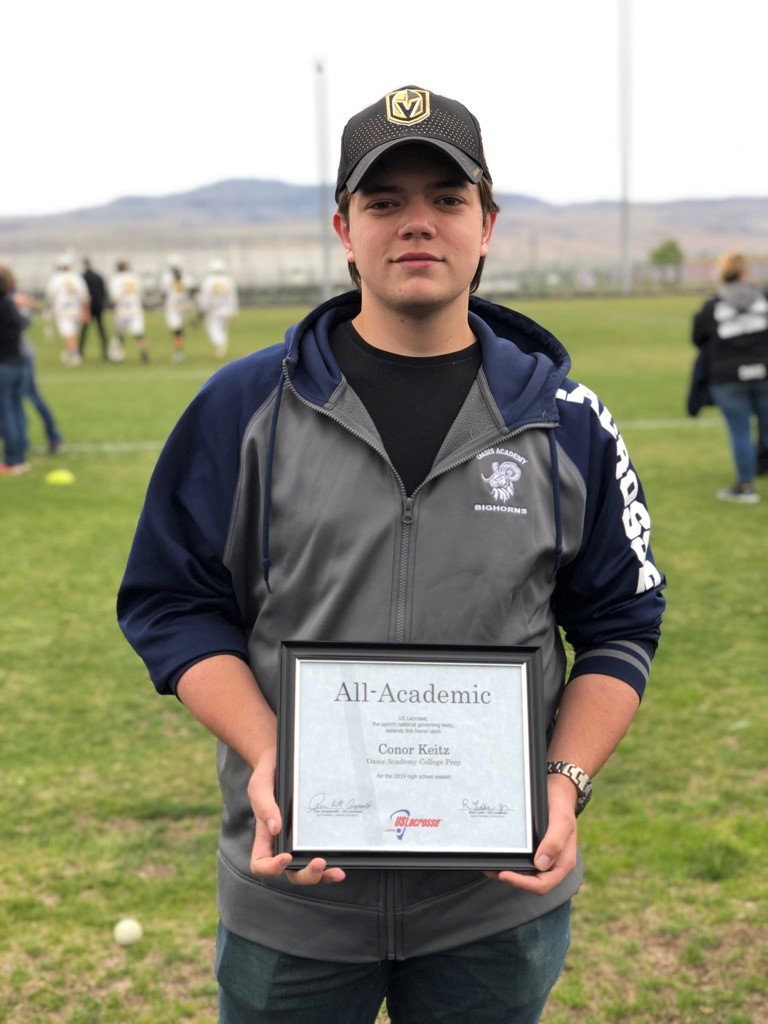 Submitted by Oasis Academy -- Conor Keitz of Oasis Academy College Prep was named Academic All American for 2019 in lacrosse.  He received his award during the State Lacrosse Championship on Saturday at Spanish Springs High School. Conor has played lacrosse since he was 7, and is currently a captain of the Bighorns boys varsity lacrosse team.  Conor plays midfield and is the seventh ranked faceoff specialist in Nevada.  As a team leader, Conor works hard both on and off the field perfecting his game and assisting the coaching staff. His dedication carries over to the classroom where Conor has a 4.0 GPA, is a member of Phi Theta Kappa National Honor Society (at Western Nevada College), and is ranked first in his class.  Conor will play his senior year at Oasis, and he plans to continue his lacrosse career in college.     Sign up to receive updates and the Friday File email notices. Support local, independent news – contribute to The Fallon Post, your non-profit (501c3) online news source for all things Fallon. 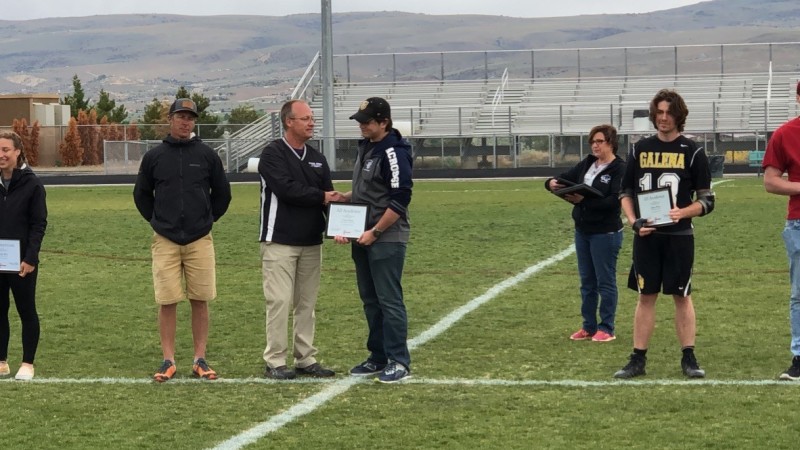