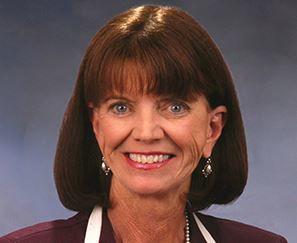 Robin Titus, R-Wellington is the Assemblywoman for District 38 -- Carson City, Nev. -- The 80th session of the Nevada Legislature is underway with over 1,200 bills up for consideration. With so many bills it is nearly impossible to give each one the proper consideration required, as was intended by the founders of our great state. This means we are considering a great number of laws; however, what we should be focusing on is producing well thought out legislation. That is why I have introduced Assembly Bill 256, that would focus our more meaningful efforts on legislation by limiting the number of BDRs requested by legislators. The Legislature operates under a set of rules that lay out the process to be followed when we consider any bill. In general, the legislative process is not meant to be speedy and efficient. Rather, it is meant to be slow, deliberative, and cautious. Often it takes weeks or even months for a bill to pass through all the stages of the legislative process. This process is intended to give every legislator a chance to digest and process all the possible consequences of the change in the law each bill proposes. It also is meant to ensure that private citizens have a chance to participate, formally or informally, in each step of the process. The legislature is the branch of government that is closest to the people, and we make sure that our deliberations are as open and transparent as possible. We have seen this issue in other states, in Texas for example, where lawmakers filed more than 13,000 bills and resolutions in 2017. With around 10 percent becoming law. I believe this represents an enormous waste of government time and resources. One must also wonder how much time and attention each one of the bills passed actually received. Here in Nevada, we don’t encounter as many bills but the underlying concern is the same. The more bills there are, the less attention the ones that pass actually get; this causes further problems and costs our state down the line as we try to fix issues created by previous years’ bills. In response to this issue, other states have experimented with ways to reduce the amount of legislation that enters the process. The most direct approach is to set a limit on the number bill introductions. Currently, 24 of the nation’s 99 legislative chambers impose some sort of bill introduction limit. These limits are not new, as several states have had them in place for decades. For example, North Dakota’s limits may have been in place as early as the 1940s. The 1970s brought limits to both legislative chambers in Colorado and Indiana. The Florida House, Nevada Senate, Nevada Assembly and Tennessee Senate imposed limits during the 1980s. Limits started for the Arizona House, California Senate, California Assembly, Louisiana Senate, Louisiana House and Wyoming Senate in the 1990s. Here in Nevada we have seen a push to extend our legislative sessions. I do not think that is a solution for our state as we would no longer be a “citizen legislature,” and instead be full time legislators. At a recent hearing on a bill that would create annual legislative sessions, Nevada Families for Freedom stated, “The cost of the Legislature for this session is $15 million plus the cost of the Legislative Council Bureau Staff, etc. $72.4 million for the biennium. With annual sessions and increased salaries for Legislators that figure could double.” Annual Legislative sessions would represent more cost for Nevada taxpayers and would still not directly address the problem of laws not getting the full consideration they deserve before being passed. I also believe that limiting bill introductions for legislators will reduce the number of symbolic bills going through the system. The idea is not to restrict lawmakers’ ability to work, but to reduce the amount of time spent on superfluous proposals and to allow more time for quality legislation. Most legislators do not have enough time to read and digest all bills. Bill limits also help streamline the legislative process and reduce overall costs for taxpayers. I believe Assembly Bill 256 is a necessary step to address the problem of a huge number of bills with a short period of time to pass them.   Keep up with all that’s happening – check the Community Calendar at https://www.thefallonpost.org/events/ Support local, independent news – contribute to The Fallon Post, your non-profit (501c3) online news source for all things Fallon.
Editor