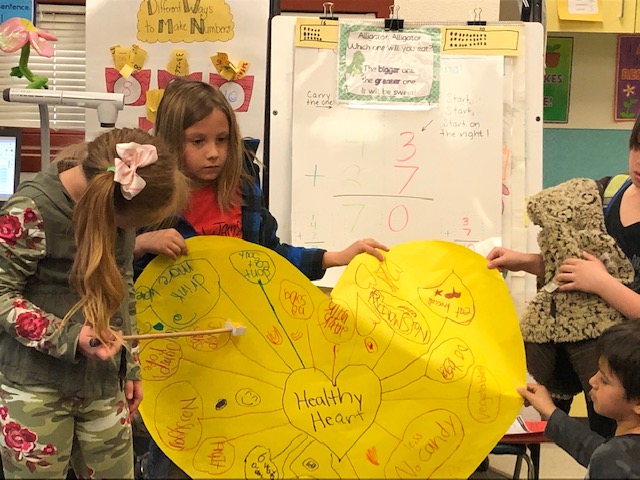 Staff report —  The Kids Heart Challenge is an activity conducted with the American Heart Association (formerly known as Jump Rope for Heart). This was the first year for the Churchill County School District to participate in the Kids Heart Challenge. Robyn Jordan, parent-community involvement coordinator for CCSD said “the representative from the American Heart Association said that we are the first district to make it a district-wide activity.” The school district worked to promote the Kids Heart Heroes on social media in the weeks prior to get families and children excited about heart-healthy habits. As a part of Kids Heart program, there are seven heart heroes, each one with its own message about health. “The students really loved Ruby,” said Jordan, “the panda who promotes eating a plate full of color at each meal, and Echo, the ninja unicorn who encourages everyone to be themselves.” The other characters are Sprinkles, the spotted flying pig that promotes physical activity, Splash the narwhal who says to avoid sugary drinks, Fiery the dragon with the message "avoid tobacco," and two others, Finn “be a warrior for strong and giving hearts!" and Oscar "watch out for hidden salt!". “Kieran Kalt was the mastermind behind this,” said Jordan, “but all of the schools jumped on board with a lot of enthusiasm. I think everyone recognized this as an opportunity to educate students about making healthy choices, in a really fun way.” According to Kalt, students have been practicing all year for this challenge. “Students couldn’t jump rope at first even once,” she said. “By focusing on a growth mindset, now kindergarten and first graders are jumping up a storm.” Each of the elementary schools (Lahontan, E.C. Best, and Numa) participated in the Kids Heart Challenge, along with raising donations for the American Heart Association. “There isn't a final count yet, but it looks like those 3 schools raised about $12,000.00,” said Jordan. The Churchill County Middle School also participated by having a physical activity challenge, as did the high school. “The impressive part of this was the amount of support they were able to give the elementary schools,” said Jordan about the high school students. “The NJROTC sent quite a few cadets to Lahontan and they helped a lot, specifically they were running the "Warrior Challenge" station.” There were also athletes from the Ballroom Dance team at LES to help with the Dance Station. At E.C. Best the HOSA (Health Occupation Students of America) helped with all of the stations. The Swing Team was at Numa helping them with stations as well. Additionally, volunteers from NAS Fallon were at Lahontan and E.C. Best to help with the physical fitness activities. Jordan added, “there are also quite a few students and staff members in the district who have experienced dealing with heart conditions, whether it was a family member or themselves, so it was quite impactful in that capacity as well.” “It was really awesome to see the incredible amount of support this event had, in our community and within our district,” said Jordan.
Editor 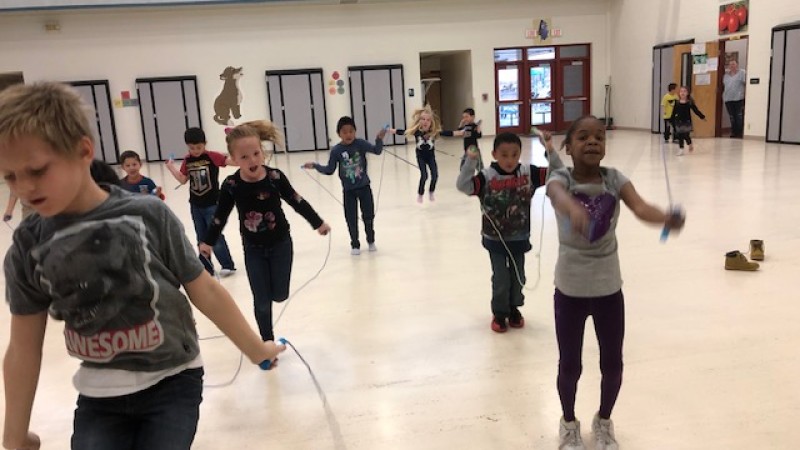 First Day Back at CCHS -- Home of the Greenwave

Back to School – A New Principal at CCHS