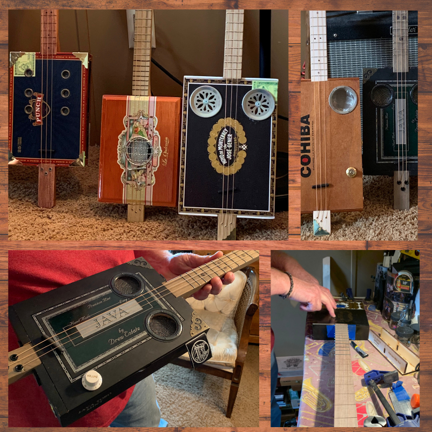 by Leanna Lehman -- Local retired Navy serviceman and Nevada corrections officer, Charlie Pope, recently took up the unusual craft of making cigar box guitars. As a lifelong musician, he has always been able to work on his own instruments, but had never tried his hand at making one –until now. In 2017, Pope’s sister sent him a cigar box guitar thinking he might like to try making one himself. Intrigued, he agreed but didn’t really get started until this January, shortly after the death of this mother. “We were very close,” Pope states, “I needed something to do – to put my energy into.” Since then, Pope has made over a dozen guitars. The first few were sent to family and close friends. Before long, Pope discovered YouTube tutorials along with cigarboxnation.com and an entire community of craftsmen doing the same thing. “You should have seen the first ones I made,” explains Pope, ”They didn’t even play.” Now, Pope’s cigar box guitars can be played and are no longer just decorative. Using boxes passed along to him from a Reno cigar store owner, Pope makes the neck from raw wood, adds frets and fret wires, strings, and sound holes. The sound holes can be made of anything from Mason jar lids to dish drains, anything that can allow the sound to emanate. All of Pope’s guitars are one-of-a-kind. Each cigar box is unique, with its shape and size lending to the tone it will produce. Pope never knows until he is finished how it will sound, making every one entirely distinctive. Pope has also made a few electric cigar box guitars that once plugged into an amplifier sound amazingly like a standard electric guitar. Pope explains that nearly the entire project is done with small hand tools, although some craftsmen use all electric tools.  “It’s a very detailed process,” he states, “When I get in a hurry is when I mess up.” His workshop is small but suits the work he is currently doing. With a great deal of support from his wife Lajeana, Pope hopes to continue improving his craft and eventually go to some east coast conventions where this unique form of artwork is more common. “Very few of these can be found east of the Mississippi,” states Pope. In other parts of the country, some cigar box guitars sell for an upwards of $400. Pope’s start around $100 for more intricate models. The financial investment is nominal compared to the time investment, with each guitar taking at least two days to complete. More importantly, Pope states, “I’m having a great time.” Charlie Pope can be contacted via email at [email protected]   Never miss the local news -- read more on The Fallon Post home page. Sign up to receive updates and the Friday File email notices.
Publisher 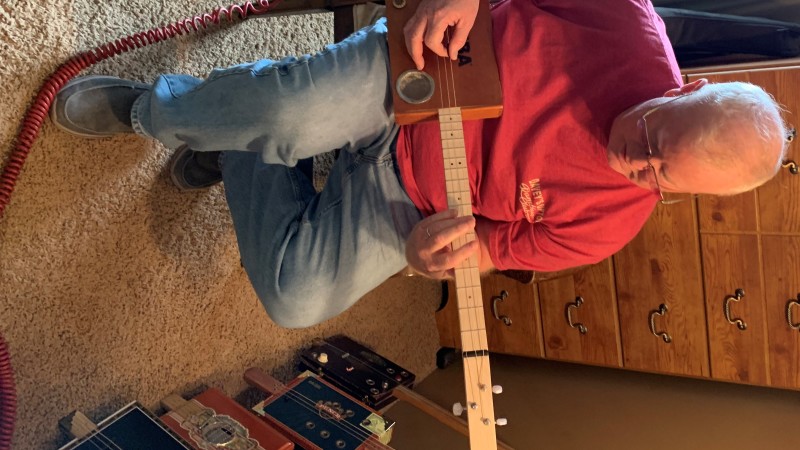