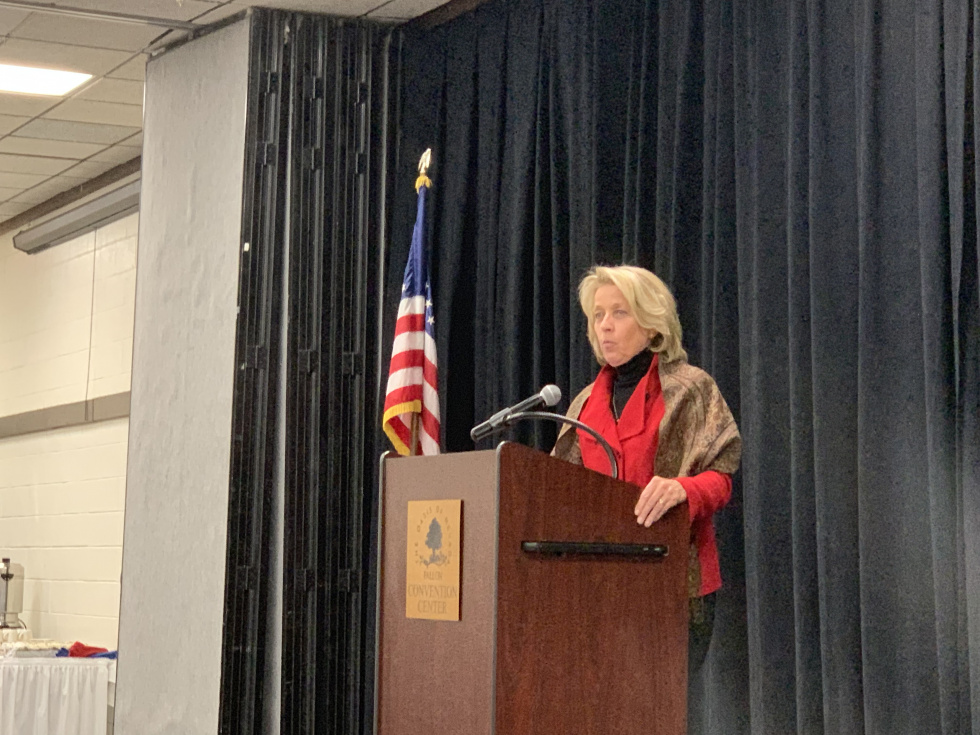 by Leanna Lehman -- Nevada Secretary of State, Barbara Cegavske was the keynote speaker for the 2019 Lincoln Day Dinner held at the Fallon Convention Center Saturday, March 9th. This year’s annual fundraising event held by the Churchill County Republican Central Committee attracted over 100 attendees including Congressman Mark Amodei, State Senator James Settlemeyer from Douglas County, and several local officials, raising nearly $5,000 that will be used for Central Committee operations. During her speech, Cegavske addressed issues facing Secretary of State’s Office in Nevada, including a question from audience regarding voter fraud. Cegavske stated that while there may be an issue on the voting level, voter registration fraud is of greater concern, especially with the passage of Automatic Voter Registration through the DMV. There is great concern that parties not eligible to vote could end up registered and voting. Ex-felons and legal permanent residents are among those, Cegavske explains, "that are legal residents not eligible to vote”. Nevada participates in ERIC (Electronic Registration Information Center), an interstate database that helps ensure that voters are not casting ballots in more than one state. According to Cegavske, “the $8 million dollars spent to upgrade voting machines in all 17 counties, has produced good results.” Additionally, counties have begun emailing sample ballots in addition to providing paper sample ballots to residents by traditional mail, in an effort to help voters become more informed. She also stated in her address that “The Secretary of State does not purge votes,” which has been illegal since the Voting Rights Act of 1965. Voter list maintenance, including clean-up and purging is handled on the county level. The Office of the Secretary of State is also responsible for issuing business licenses across the state, which must be renewed annually. All businesses of any size in Nevada are required to obtain a state business license. The legislature raised the cost of corporate business licenses $500 this year, however, the cost remained at $200 for Limited Liability Corporations, unincorporated entities, and sole proprietors. Currently, the proceeds from business licenses are the third largest revenue stream for the State. As the lone republican constitutional officer, reelected last November, Cegavske was asked by Dr. Stuart Richardson, past Chairman of the Central Committee, “what did you do differently?” “With 23 years in public service, I am not a newcomer,” replied Cegavske. She also stressed heavily her reliance on Republican women’s groups across the state and how she has sought to know her base. “Be sure and be engaged,” Cegavske said, “a candidate must understand that it’s not about them, but about all of you.” Following the keynote address, Congressmen Mark Amodei shared his observations on Washington D.C., saying in spite of the Democrat majority in the House, he is still able to “get Nevada stuff done.” With topics like proposed NASF expansion, grazing rights, and wilderness issues, Amodei remains confident in his work for the best interest of Nevada. The current Chairman of the Central Committee is Gary Smith, First Vice-Chair is Lane Mills, Secretary-Treasurer is Neil McElrath, the National Anthem was sung by the Fallon Chamber President, Cindy McGarrah, and the Master of Ceremonies for the evening was District Attorney Arthur Mallory. Watch the Fallon Chamber President, Cindy McGarrah sing the National Anthem. Never miss an update or the latest story -- sign up to get email notices. Read more local news in The Fallon Post -- return to the home page.
Publisher 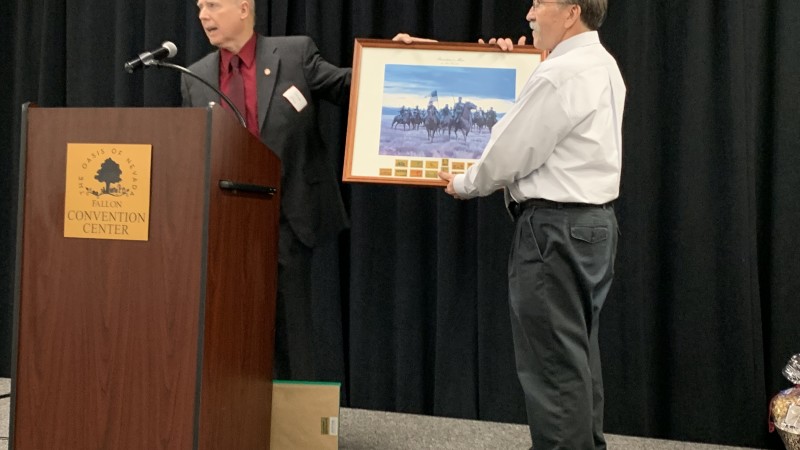 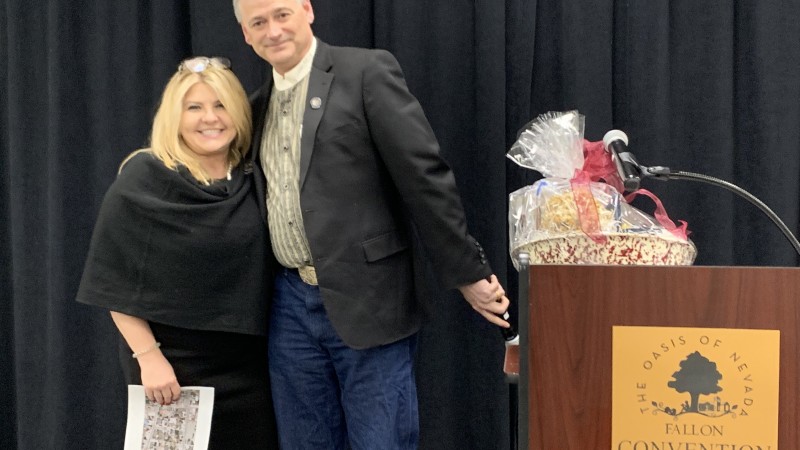