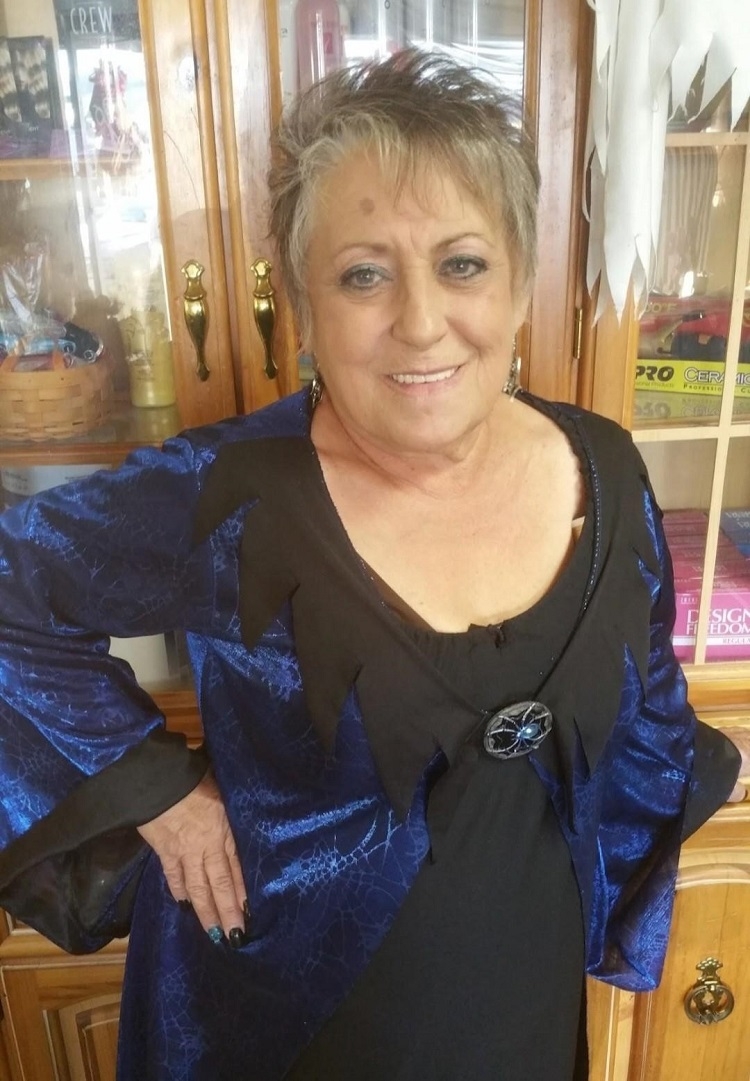 Dee Dee Howell (Aja) was born March 14, 1952, and departed this earth smoking a cigarette in her high heels and hairspray, on January 6, 2023.  She was the only girl, the youngest to five brothers who preceded her in death;  Babe, Ben, Augie, Mel, and Pete.

Dee Dee’s life began in Gardnerville, Nv.  Her father Valentin Aja, and mother Theresa Sizuela Aja, owned the Richford Hotel Bar and Basque Restaurant.  She cleaned the rooms and tended the patrons; this is where she learned her entrepreneurial and car salesman techniques.  She found herself in Fallon as a young adult, waitressing at the Nugget where she met the love of her life, Troy Howell.  He was new in town, fresh off the boat.  They were soon married, and the family began.

Shortly after, they purchased The Hair Affair.  The salon was so successful that they decided to add a costume rental.  Eventually, the Cantaloupe Daquiri was born.  Some may call her a Matriarch.

We are celebrating Dee Dee's life at The Gardens at 11 am on Saturday, January 21, with a Costume - Karaoke party to follow at The Dry Gulch at 2 p.m.

If you want, come dressed in costume and be ready to sing, that was her idea of a good time. Potluck style, bring a dish that you wish. We will have beer and a few mixers, so feel free to BYOB.