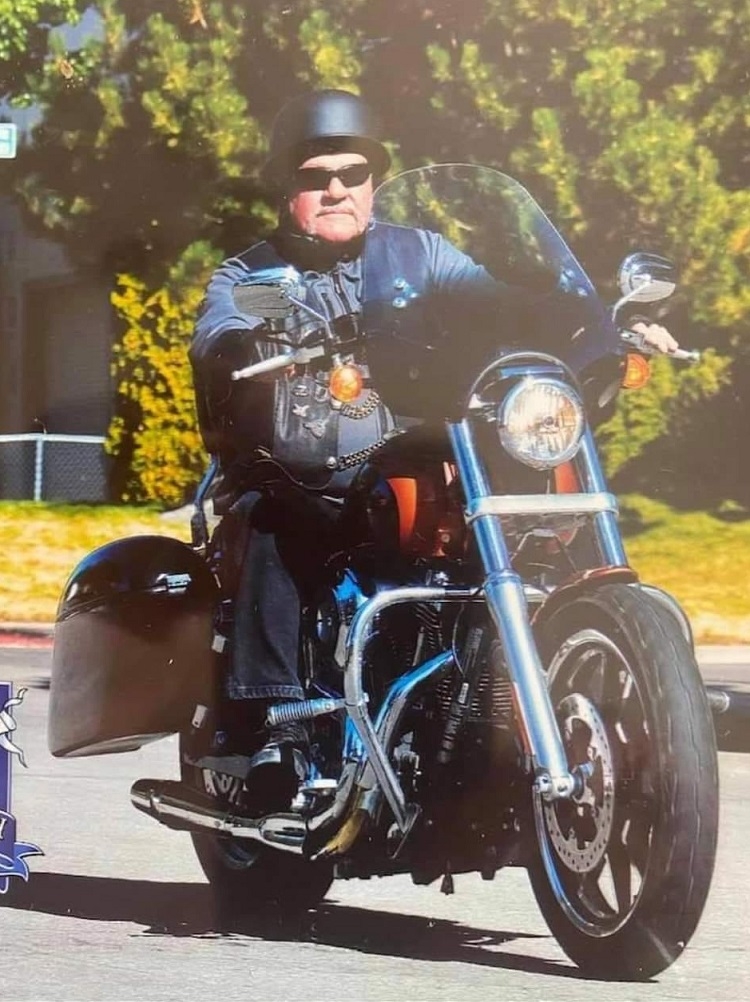 Donald Henry Hardy left this world on November 14, 2022 and earned his eternal ride in heaven. He was surrounded by his loved ones and his best friend, his pug, Buster.

Don was known by many names throughout his life. Just to name a few, Donny, Don, Dad, Grandpa, and Chief. He was very involved in the Fallon Community throughout the years. He coached football and softball. He helped organize several functions and leagues. He was involved in organizing the Pop Warner Youth Football-Youth Cheer league, the Fallon Annual Cantaloupe Festival, The Farmers Market, and his most current passion was getting his brothers and sisters together and creating a riding club that is able to give back to the community, The Nobody MC. He also spent many hours in his early years working and racing his stock cars. He and his family spent many weekends at the racetracks. It was not unusual to find Don at his kitchen table on his phone visiting with his friends and family. Besides riding his Harley, his kitchen table was his favorite place to be. Don was known as grandpa to a lot of kids throughout the years. He would take kids into his home and give them a place to sleep and food to eat. He always tried to give kids a chance to grow, even if they were complete strangers.

Don found peace in riding with his brothers and sisters in his club. He found joy in riding with his pack. Buster, his pug, was never far from him. Don and Buster were best of friends. Donald H. Hardy was born on March 4, 1947, in Fallon, NV to Gail Marie Brown and George Hart. In 1953 Gail moved to Carson City, NV, where she married William Fine Hardy. Don enlisted in the US Navy in 1964 where he was able to earn his GED, become a certified deep-sea diver, and serve two tours in Vietnam. In 1972 he married Kerry L Wilde and had two children, Ashley and Justin. They then moved around the world serving this country. In 1984 he married Barbara J Fornash. He resided in Fallon and raised their three girls, Danette, Lanette, and Mary, with pride.

He retired from the Navy in 1984 and served as a civilian on base as head of physical security until he then retired. Don lived his life unapologetically. He lived life exactly the way he wanted to. He often could be heard giving his most famous quote, “Don't sweat the small stuff.”

Funeral Services will be on January 13, 2023 starting with his last ride to the Northern Nevada Veterans Memorial Cemetery. The ride will start at The Gardens Funeral Home. Kickstands up at 11:15 a.m. Services will start at 1 p.m. at the wall in Fernley. A reception will follow in Fallon at 4 p.m. at the American Legion Hall pending availability.

Claude Doyle Ezzell 2023-01-08, 08:18 PM Don Hardy was an awesome man. I worked with him at the fire department on base when he was in charge of Emergency Management.