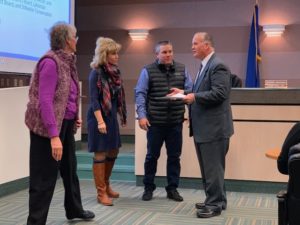 A special recognition of the Oasis Academy graduates
Support our Work