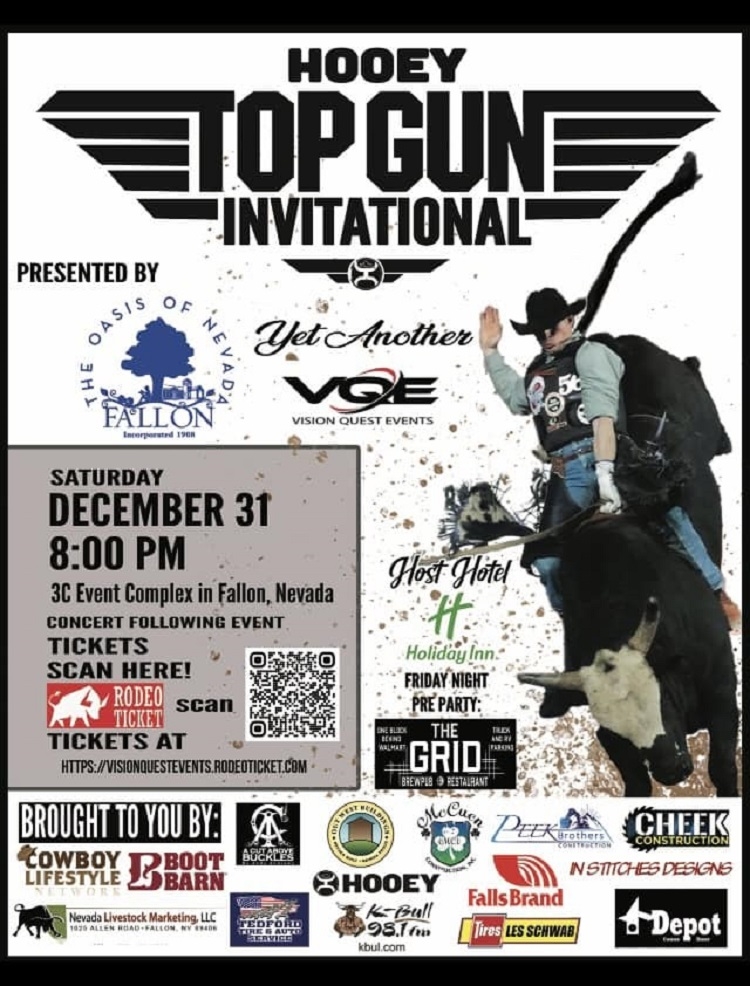 Fallon, Nevada is making its mark on the rodeo world in a very big way.  The Hooey Top Gun Invitational Bull Riding will debut in Fallon on New Year’s Eve in the Rafter 3C Arena with a thrilling bull riding to be followed by Last Chance Band to rock in the New Year. Bringing in professional bull riders and top-notch stock from all over the western United States, this premier exhibit of both professional and up-and-coming bull riding talent fills a much-needed void for a family-friendly event to ring in the new year.  This is Fallon’s first ever bull riding to be produced by former professional bull riders with one being a native Nevadan. Chad Denton grew up in Round Mountain and represented our state at the National High School Rodeo Finals in both his junior and senior years. He then went on to have a very successful professional career attending the PBR World Finals three different times in 2002, 2005, and 2007. Despite repeatedly working through multiple injuries, he then successfully placed in the top 15 to qualify for the National Finals Rodeo in Las Vegas in 2010. The following year, Chad decided to retire to be closer to his wife, Sarah of 22 years, and his two sons, Zane and Wyatt. He pivoted careers taking a job as a firefighter with Cal Fire where he is currently a captain. After visiting Fallon during the Battle Born Broncs event last June, Chad began to envision bringing his first love, bull riding back to his home state and small-town Nevada. That is when the idea for the Hooey Top Gun Invitational was born. Teaming up with the long-time promoter of bull ridings through his production company, Vision Quest Events, Justin Andrade was also a former professional bull rider. He was the Dodge National World Champion and qualified for the NFR in 2002. After retiring from rodeoing due to injuries, for thirteen years he ran a bull breeding program providing top stock for events such as this and then rejoined the bull riding world on the production side of things.  Hooey Top Gun Invitational will open the doors at the Rafter 3C Arena at 7 p.m., following Fallon’s New Year’s Eve fireworks display. Twenty bull riders from the western United States will be riding. They will each make two rides and the highest combined score will get to ride the bounty bull for a $2000 bonus. Men Wielding Fire will have food available to buy and The Grid will be hosting three separate bars located around the arena. Tickets vary from VIP seating against the arena fence to general admission. The bull riding event will begin at 8 p.m. with a limited number of tickets available so don’t wait until the last minute to get yours. 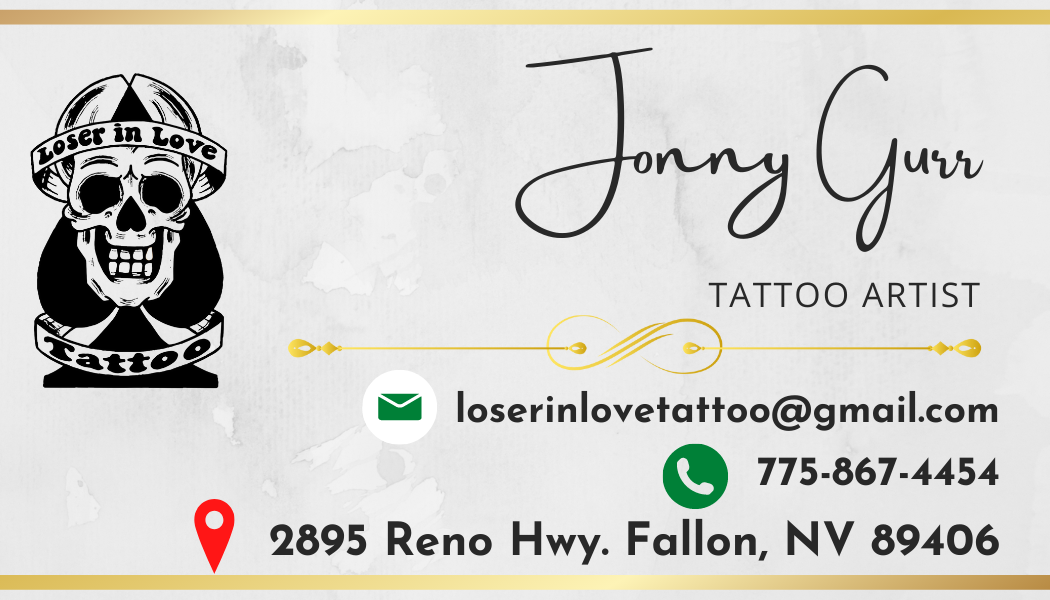 Can you benefit from new RMD age limit?