Construction Gearing up on the Truckee Canal Maintenance Project 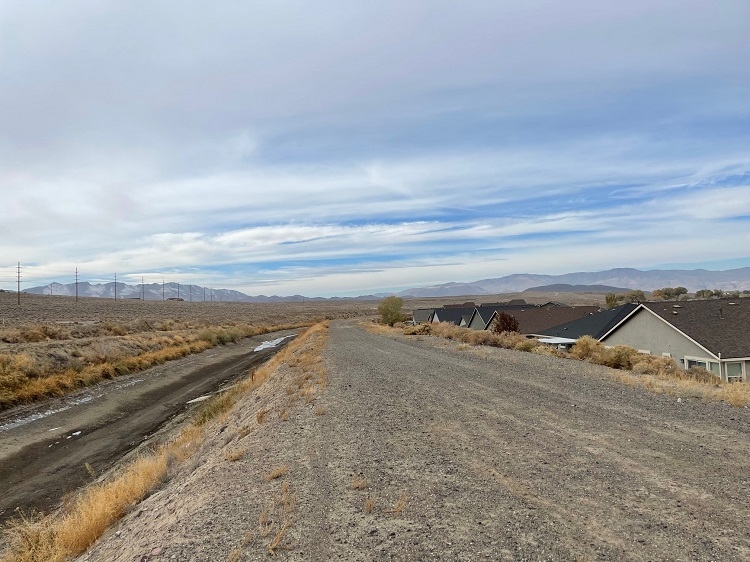 Rachel Dahl The Truckee Canal is slated for repairs that will take up to a year to complete. The BOR is requiring repairs as a safety measure to prevent potential flooding of homes in Fernley.

On November 4, 2022, the Bureau of Reclamation and Truckee-Carson Irrigation District held an official project ground-breaking ceremony according to a recent press release.  The project is being funded through Infrastructure Law and intends to restore the safe, long-term operation of the Truckee Canal. The event marked the beginning of Phase 1 of a multi-phased construction project known as the Truckee Canal Extraordinary Maintenance Project. This first phase will line approximately 3.5 miles of the canal through the City of Fernley to provide structural integrity and community safety.  During heavy flooding in January of 2008, the canal breached, flooding 590 homes in Fernley, and resulting several years later in an $8 million settlement from TCID.  BOR Commissioner Camille Calimlim Touton attended the ceremony, saying, “The Truckee Canal modernization project reaffirms our commitment to making the investments necessary to safeguard community water supplies and revitalize water delivery systems.” She said the Infrastructure Law, along with the Inflation Reduction Act provides funding to invest in the nation’s western water and power infrastructure to the tune of $8.3 billion to Reclamation over five years to fund aging infrastructure projects. According to the BOR press release, “This project will restore a sense of safety for the city of Fernley and will provide water supply reliability for farmers and irrigators throughout the region.  The City of Fernley filed a lawsuit last year, claiming that lining the canal would hurt the underground aquifer that supplies the municipal water supply and cause over 70% of the domestic wells in the community to fail. Judge Miranda Du dismissed the lawsuit in December 2021.  Central Environmental Inc., a firm from Anchorage, Alaska has been awarded the BOR contract and is the general contractor. In addition, several local subcontractors will complete work on the concrete lining of the ditch, build new control buildings, and automated gage structures.  The canal was shut down in October for 12 months to accommodate the construction and no water deliveries to water right holders or Lahontan Reservoir will be made until construction is completed, which is scheduled for October 2023. Repayment of the $35 million contract between TCID and the BOR is currently at issue before the 10th Judicial District Court in Fallon, with Fernley filing a Motion to Intervene in the TCID request for Judicial Determination of Validity of the contract.

Red McEwen 2022-11-26, 03:54 PM As a resident of Fernley, this project will have long term negative effects on our water supply. "We are from the government and we are here to help", the most dangerous words a citizen can hear.