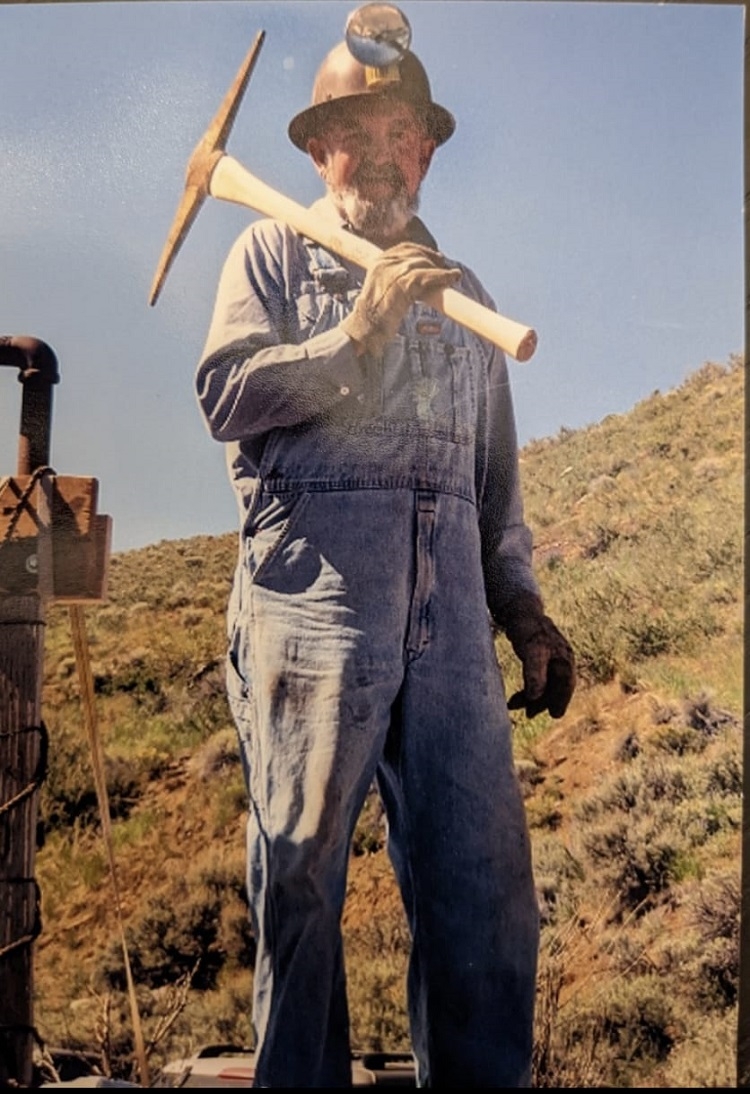 Donald Eugene Jung, a miners’ miner and resident of New Pass, Nevada, passed away peacefully on September 10, 2022. He was cared for by his daughter and her husband at their home near Virginia City for five years. He spent his final days surrounded by family and loved ones.

Don is survived by his wife, Kathryn Jung; his children, Dale Jung, Juliana Mayberry, and James Jung; He is preceded in death by his parents, son David Jung, and brothers, Keith (Doug) Jung and Andrew (Dick) Jung.

Don was born in Compton, California on January 26, 1930, to Anita and Lothar Jung. Don grew up in Southern and Northern California, enjoying his brothers and family in many adventures such as fishing, logging, taking on various odd jobs, and taking in pets of all kinds…even a hawk.

Don served in the Korean War as Military Police on the docks. He graduated from the University of Nevada, Reno (Mackay School of Mines) in 1958 with a degree in Mining Engineering and worked as the manager and operator of New Pass Mine in addition to other mining ventures in North and South America throughout his life. He married Kathryn Harris in 1959, who joined him as a partner in life, work, and raising their family of four children, with ten grandchildren, and eight great-grandchildren to date.

Don was an energetic, strong, and relentless worker/miner who valued curiosity and learning and has instilled these ethics in his family. He enjoyed showing people his passions, his Nevada mining property, and always offered help without question. You always felt welcome on the Jung homestead and were often engaged in discussions on politics, mysteries of the universe, and of course, mining ventures and adventures. Don reveled in hosting his kids, grandkids, family, and friends at the New Pass Mine and showing them into dark tunnels with occasional bat sightings, giving rides on the ATVs, and sending people away with a quartz crystal, fossil, rock, and gold specimens. Occasionally, his guests were even invited to participate in live blasting.