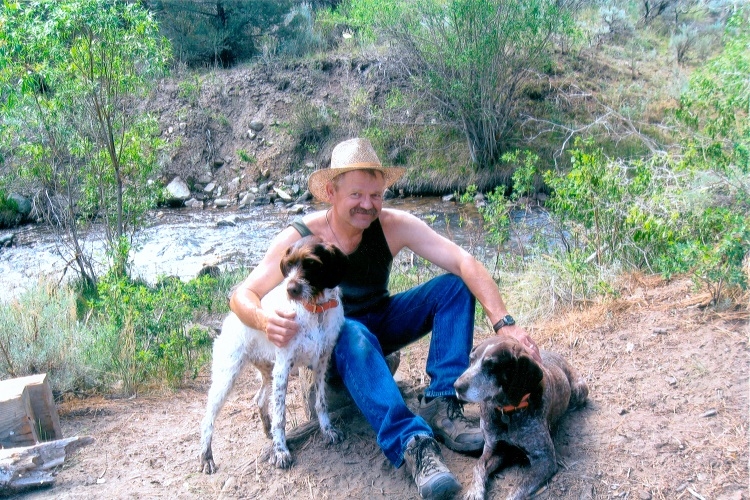 On Sunday, June 5, 2022, Jeff Uithoven, loving husband, father, and grandfather, passed away unexpectedly while recovering from a hip fracture. Jeff met health challenges with optimism and worked hard to stay strong throughout his life. He felt best when he could make life better for his family, friends, and the less fortunate.

Jeff was born December 12, 1954, in Fallon, Nevada, to Jack and Jean Uithoven. As a child, he loved fishing and camping with his parents and developed a deep appreciation of the outdoors and wildlife of Northern Nevada. He put his heart into goals he hoped to achieve and relationships he cherished. By the time he graduated from Churchill County High School in 1973, he’d developed friendships that would last his lifetime.

Jeff grew up working in his family’s tire shop in Fallon. As an adult, he moved to the Reno-Sparks area and worked for Helms Construction. He became an apprentice electrician and then, in 1979, a journeyman electrician and proud member of IBEW Local 401. Over the years, he worked on complex projects at airports, county, and federal facilities, hospitals, and schools. From 2002 until his retirement in 2015, he worked as an electrician for the University of Nevada. He found working on the campus challenging and rewarding and became an enthusiastic Nevada Wolf Pack fan.

Jeff felt grateful all his life for the opportunity he had to help raise Paul Tracey with his first wife, Susan Powers. He held memories of Paul’s early childhood dear when he entered another chapter in his life and reconnected with Truby Uithoven at his twenty-year high school reunion. Jeff had known Truby since junior high and married her in 1995. He delighted in sharing his love of outdoor adventure with Truby and her daughter, Adrienne. He proved himself a truly wonderful, loving husband and devoted father.

Jeff remained an avid Nevada outdoorsman but often talked about how grateful he was that Truby persuaded him to travel to New Zealand, Bora Bora, and the Cook Islands. Later in his life, he found contentment in everyday simplicity. He loved to wake at dawn and walk the trails behind his house with his two German wirehaired pointer dogs. He rode his indoor bike almost daily, recording his miles on a calendar while watching his favorite teams, the San Francisco Giants and the Nevada Wolfpack. He built birdhouses modeled after people’s homes and gave them away as gifts. As he waited six years for a kidney transplant (that was scheduled for June 2022), he increasingly tried to focus on the present moment, pay attention to good things, and practice gratitude.

A Memorial Mass will be held Thursday, August 11, at 11:00 AM, at Our Lady of Wisdom Catholic Church, 1101 N. Virginia Street, Reno, NV. Parking is available at the Brian J. Whalen Parking Complex, 1664 N. Virginia Street.

In lieu of flowers, please donate to St. Jude’s Children’s Research Hospital, the Juvenile Diabetes Research Foundation, or a charity of your choice that serves the blind.

kenneth_taylor 2022-07-08, 08:27 AM God bless you Jeff. Went to high school with this good man. He always stood straight up and would not let weaker people be bullied. Was able to reconnect with Jeff as of late and I will always carry a fond memory of the Jeff that I attended school with. I am heartbroken for his family. God bless them all.