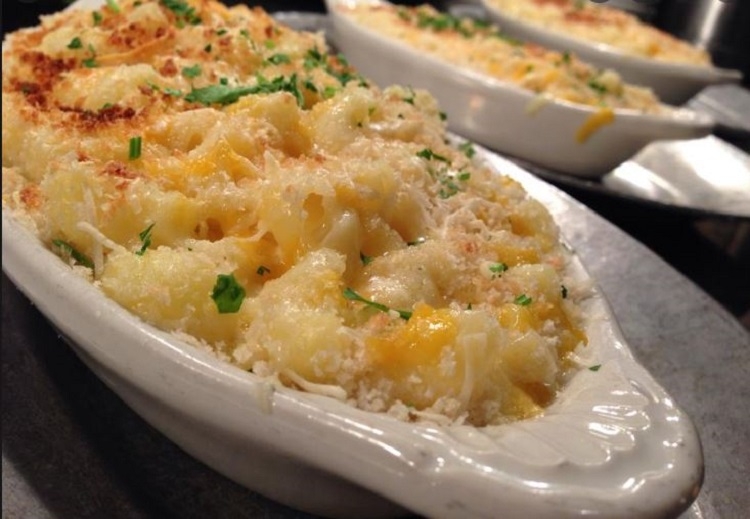 The recipe I am sharing with you this week comes from the kitchen lab of J. Kenji Lopez-Alt. Kenji earned a degree in chemistry while working in restaurant kitchens to cover bills. After graduating from college, he integrated his degree with his culinary experience by scientifically testing recipes. He has authored an epic book called “The Food Lab” where he details the way to prepare a variety of different dishes. In some instances, these recipes become super-complicated in an attempt to achieve the greatest flavor or texture – but not in this case. Kenji describes this recipe on his website Serious Eats and breaks down all of the science. I will spare you the details but the highlights include terms like emulsification of fat globules, protein micelles, starch molecules, and well, you get the idea.

There is a part of me that loves all of the science bits and wants to do a deep dive into the how’s and why’s – but ultimately, what matters is that this recipe works, is simple, and yields an epic result.  So next time you are craving some cheesy pasta, I challenge you to try this recipe rather than grabbing the blue box. I promise this dish is almost easier to make than the convenience product and is 10 times more delicious!

One 12-ounce can evaporated milk

Use a good melting cheese or combination thereof, like American, cheddar, Jack, Fontina, young Swiss, Gruyere, Muenster, young provolone, and/or young Gouda. To reheat the pasta, add a few tablespoons of milk to the pan and cook, stirring gently, over medium-low heat until hot.