Report from the County Commission 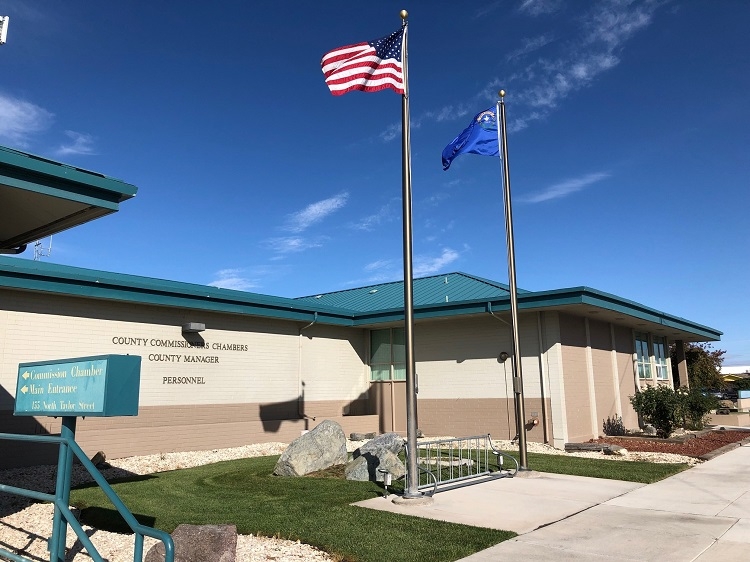 Edited to include commission comments on May 21 event.

The organizer of the Armed Forces Day event, Essie Burris was directed by Commissioners that it is not proper for the county to fund a political rally for a candidate. "If he wants to talk about his service in the military and all he has done for our country, just make sure he doesn't turn that into a political rally. We don't want to pay $2,500 for his campaign," said Greg Koenig. Chairman Pete Olsen echoed the comments saying, "When this came up we had concerns when we saw the flyer, understanding those candidates are veterans and have something to say there, but as a political entity Churchill County has to be absolutely neutral and don't want to be part of anything where campaigning is happening."

The Haneva, LLC development located off Moody Lane was on the agenda as well, with commissioners approving a parcel map that creates four large parcels to begin implementing the villages in the Sky Ranch Planned Unit Development. The PUD was approved in 2018 with this 160-acre parcel phase providing the first four “villages.” The creation of these villages and the development of the PUD will also establish the initial alignment of Wade Lane as it is extended into the development.

A parcel map for Andrew Doty dividing 58.28 acres into three lots and two home sites was approved, along with a request by Jess Reid to waive water right dedication requirements for six parcel maps to complete a Cluster Development at the intersection of Lone Tree Road and Solias Road. Commissioners also approved a performance agreement with Jess Reid to complete road construction improvements for the development project within one year.

Commissioners held a Public Hearing to consider an ordinance that authorizes the issuance of a Revenue Bond of $9 million to finance a telecommunications project for CC Communications.

They also approved a change order from their contract with A & K Earth Movers to upgrade Miners Road due to the traffic impact caused by the Churchill County Civic Center (Rafter 3C). The cost will be $320,338 and will utilize Road Impact Fund fees to do the road work.

Also on the agenda was the approval of an agreement for professional services with Sue Chambers to serve as the Interim Director of the Churchill County Museum at the rate of $2,000 per month. Director Teri Hedgpeth resigned to take a position in New York.

The meeting ended with a closed personnel session to discuss negotiations with the Churchill County Sheriff’s Deputies Association and Operating Engineers Local No. 3. Carnival on June 4 kicks off the summer reading program

Churchill County to Hold Dedication for Rafter 3C Arena on June 1 at 1 p.m.