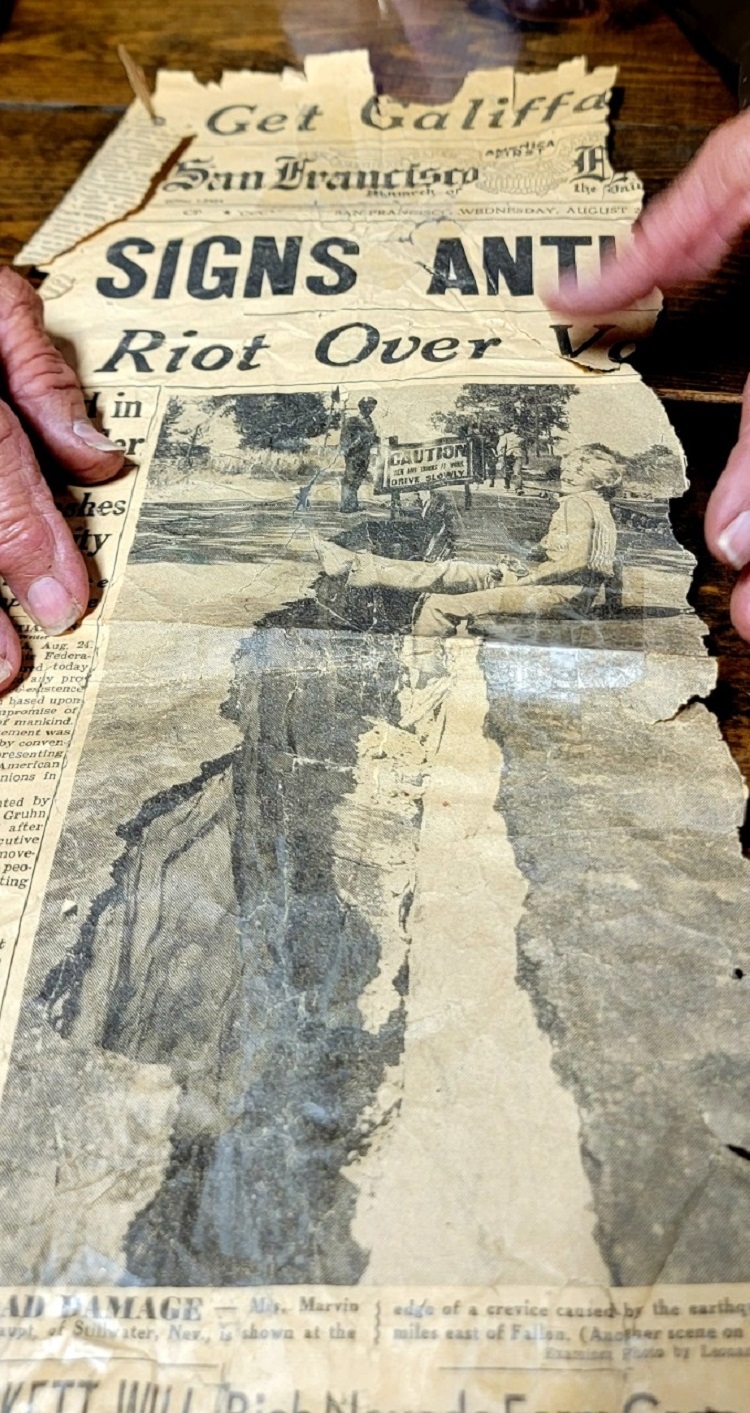 Kathy Mort and Candy Peck remember some of the early days in Stillwater, and the five long-time Fallon families living out there. “The Kents, the deBragas, the Vieras and the Lawrences, and us, the  Weishaupts. We all grew up together. Other families came and went, but these five stayed here, and we had fun out there.”

In 1914, grandparents Albert and Addie Weishaupt moved to Stillwater from Illinois, the first generation of their family to settle on a Stillwater ranch. At the time, Churchill County offered 40 and 80-acre parcels for free, as long as it was farmed, became the farmer's residence for at least seven months each year for three years, and the farmer paid the irrigation fees. The Weishaupts acquired some of that land and raised five children there - Lola, Donald, Elmer, Marvin, and Karl. Marvin (Biggie) married Georgia Rose (Pat) Temple, and they raised four children of their own on the ranch - Roland (Randy), Kathy, Rodney, and Candis (Candy). Between those four children, the family has grown to include 13 grandchildren, and 17 great-grandchildren so far.

Candy spoke of her family's early days. “Dad worked for Chevron right out of high school. He farmed when he was younger, and when the war started, he was urged by the government to return to farming because of the food shortages. So, in 1943 Dad bought part of the Freeman Ranch. After working his ranch for two years, he sold off three-quarters of the land keeping just under 500 acres for his family. Later when his two sons wanted to ranch with him, he bought back some of the lands he had sold. He loved his farm out in Stillwater, using mule teams to farm the land just like everyone else did back then.”

Kathy added, “Dad's younger brother Karl, who passed away recently, was the only family member to serve in the military. The rest of the family got married, and they took care of the farm. Mom and dad graduated from Churchill County High School together in 1938 and she was one year older than him. When they got married in 1940, she was 21 but he was only 20, and she had to sign for him so they could get married. Then dad bought his Fallon gas station that same year.”

After the Fallon Earthquake of 1954 happened, their mom Pat posed for a picture while sitting on the edge of a huge fissure that opened up in the middle of the road near Stillwater. That photograph was published in a San Francisco newspaper back then that the sisters still have a partial copy of.

The sisters also shared memories of their dad's haystacks. Candy said, “Dad had these huge haystacks, and in 1982 he had a haystack fire and no insurance. It was a form of farming insurance that he would put on during the farming season and then drop it at the end. Who would have thought the whole stack would go up from a lightning strike. Poor dad.”

The sisters enjoyed talking about their dad, and all that he was involved in. They said he was the President of the TCID Board for 30 years who had no compunction about standing up for the county's fair share of water allocations from the Newlands Project. He was an ardent supporter of the 4H and a member of numerous local organizations such as the Cattlemen's and the Hay Growers Associations.

Candy described her own family, saying “I had two girls, Elaine and Becky. I didn't keep the four-child tradition going, I quit after two and didn't give them nicknames. But I do have four grandchildren, 2 boys, and 2 girls, Coby, Dax, Cala, Cassie. “

Kathy said, “I did keep up the tradition going with four children some with nicknames. I had Marla who passed away last year, and she had two children, Delaney and Stanley. Marvin is the next child named after his grandfather. Then I had Lisa whose real name is Meredith, and she has one child, Kendra. Melinda was my fourth, but Lisa couldn't say it so well, instead calling her Lenaday and that just stuck.”

The family ranch mostly grows alfalfa now, but back when their dad got it started, the family grew sugar beets. Neither sister recalled raising the beets, but Kathy does remember the cows and the sheep. “I remember when we had the chicken house, and we had a bunkhouse for the ranch hands.”

Kathy went on to say, “We lived closer to town and didn't move back to the ranch until after mom and dad both passed away in 2002. And then my husband passed away the following year.” After a pause, Candy teased her about moving back by saying, “Yeah, and I had to teach her how to irrigate and everything when she moved back. I knew how to run all of the equipment and had to teach her all that too.” Kathy still lives in Stillwater on the family ranch, and conversely, Candy now lives closer to town in the Lovelock Highway area. Life does have a way of switching things up sometimes.