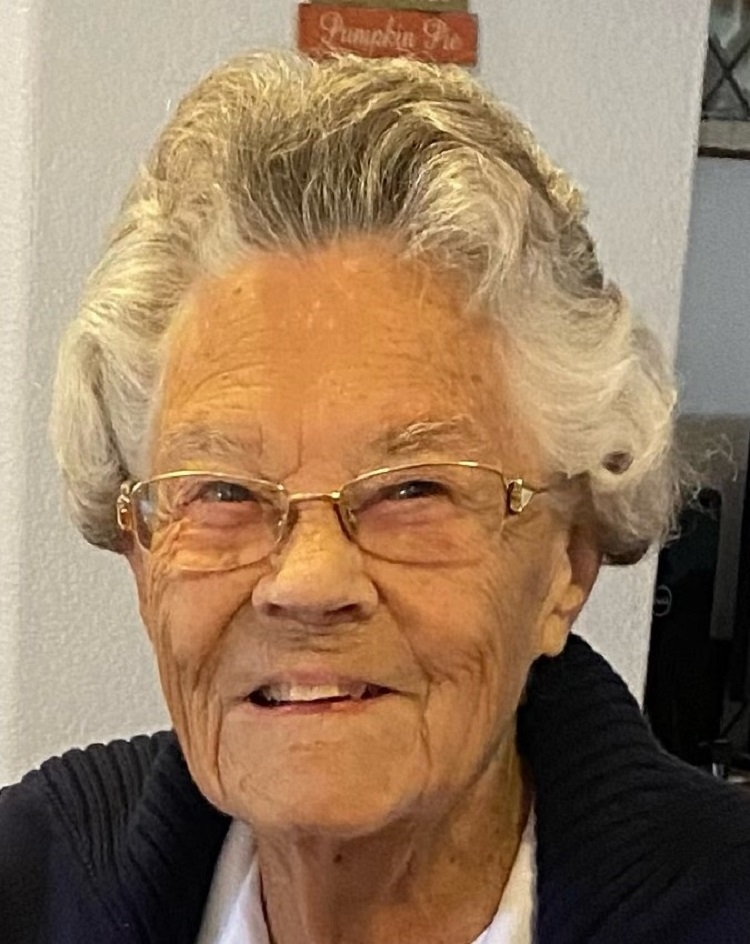 The family of Bessie Lou (Shipler) Sayre is saddened to announce her passing on the evening of April 27, 2022, at the age of 94 years and 4 months.

She and her high school sweetheart, Merlin Thomas Sayre, graduated from Aline High School in 1945.  They were united in marriage on June 14, 1947, in Reno, Nevada.  As a couple, they lived throughout the United States, due to his career.  In 1967, they made Fallon their permanent home.

Lou, as she was known to many, retired from the Churchill County Road Department.  She was also the Chair of the Supervisory Committee for the Churchill County Federal Credit Union.  As a quilter, she was a member of the “Patchwork Piggies”.  She and her husband were Charter members of the Antique Automobile Club of Fallon and the Sierra Nevada Classic Thunderbirds of Reno.

Besides her parents (Roscoe and Bertha) and husband (Merlin), she was proceeded in death by her sister Jeane Ayers (Shipler) Nance and an infant sister, Mary Ann Shipler.

Funeral Services for Bessie Lou Sayre will be at 2:00 p.m., Tuesday, July 5, 2022, at the Veterans Cemetery in Fernley, Nevada.  Interment will immediately follow.