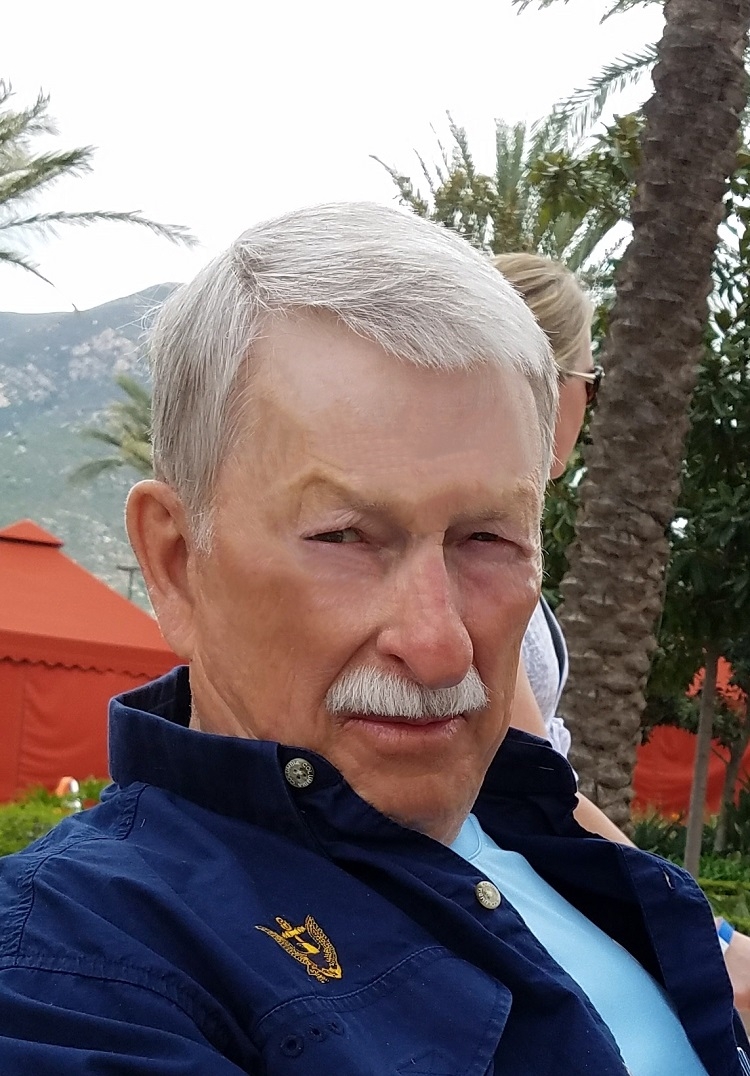 AFCM(AW) Milo Leist, passed away unexpectedly, but peacefully and surrounded by family, on 5 April 2022 at Northern Nevada Medical Center in Sparks, Nevada.

The youngest of seven siblings, he was born to Charles and Gertrude (Priebe) Leist on 5 November 1943 in Petrosky, Michigan and grew up on the family farm in Boyne City, MI. He graduated from Boyne City High School in 1961.

He married his high school sweetheart, Kathleen Towne, on 14 September 1963. Together they raised two sons, Curtis and Scott, and enjoyed countless adventures during their 23-year marriage.  They remained lifelong friends.

His first foray into military service began in 1960 with an enlistment in the U.S Army.  He successfully completed that enlistment and received an honorable discharge.  However, he soon decided civilian life was not for him and he enlisted once again in 1966 - but this time with the U.S. Navy.  During a career spanning 30 years, he traveled the world, reveled in and excelled at all things Navy, and ultimately achieved the highest Navy enlisted rank of Master Chief Petty Officer. He was the proud recipient of numerous military medals and awards. At the time of his retirement in 1995, he was recognized as the senior Master Chief in the Pacific Fleet

During a tour to Japan in the late 80s, he met Kelly Coe, and with a considerable amount of persuasion, convinced her to become his wife in 1990 in a small ceremony at the historic NAS Moffett Field, CA chapel. In that same moment, he also gained another family, becoming a beloved dad to Kelly's children, Erika and Jesse. For the next 32 years, they built a home, a family, and an enviable circle of friends throughout the Navy and in the community of Fallon, NV. Who would have thought two midwesterners would sink deep inextricable roots in the high desert of Nevada.

Not one to sit idly, Milo continued his government service for an added 10 years as a DoD civilian, managing the NAS Fallon Auto Hobby Shop.  He finally decided to fully retire in November 2005.

Full retirement for Milo was a myth. He enjoyed tinkering with his '57 Chevy and was in the (never-ending) process of rebuilding a '43 Jeep Willy.  Motorcycles - he loved them. He logged thousands of miles on his Harleys (there were four), including a month-long trip with three friends up to Alaska (we dubbed it the Grey Ghost Tour.) Sturgis, Daytona, Street Vibes, and Rolling Thunder - he thrived. An extra special treat was riding with his favorite Harley enthusiast, daughter Erika. There was a pair to draw to!

He just couldn't resist stepping back into a uniform and about 2012 became a dedicated volunteer member of the War Veterans Memorial Association Honor Guard, performing military honor memorial services for deceased veterans from every military branch across northern Nevada.

One of the nurses who cared for him in the hospital, related he had told her at length, the night before he passed, about his life, his Navy career, and his family.  He remarked "You know, I can't complain. I've had a pretty good life."  He really did - and we, his family and friends, were blessed to have shared that life with him.  Fair winds and following seas Master Chief - you have earned your rest. We have the watch.

He was preceded in passing by his parents Charles and Gertrude, sister Francis Patrick and brothers Frank and Ron.

A memorial service with military honors will be held at the Northern Nevada Veterans Cemetery in Fernley, NV on 4 June 2022 at 11 a.m. with a private celebration of life following for those who wish to attend at the Sage and Sand Chief Petty Officers Club aboard NAS Fallon.

In lieu of flowers, donations can be made in Milo's honor to the