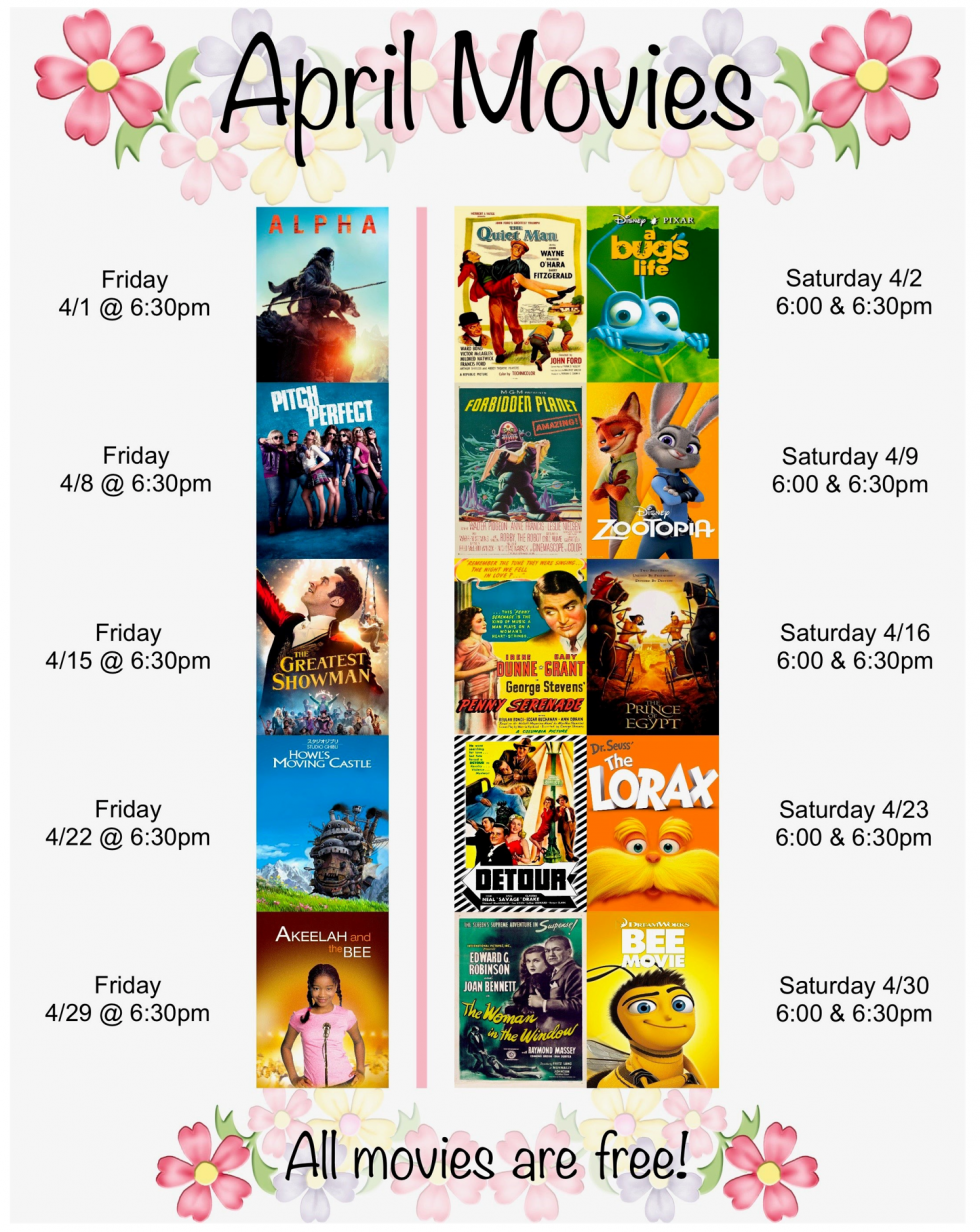 At your community-owned and operated Fallon Theatre

This week we continue with our “classic” movies along with other great films for your enjoyment. All movies are free.

We start Friday, April 29th at 6:30 p.m. with the 2006 movie “Akeelah and the Bee,” starring Angela Bassett, Laurence Fishburne, Curtis Armstrong, and KeKe Palmer as Akeelah. An 11-year-old girl participates in the Scripps National Spelling Bee. A very inspirational film about overcoming obstacles despite difficult challenges along the way.

Saturday evening at 6 is our classic movie, the 1944 film “The Woman in the Window.” It stars Edward G. Robinson, Joan Bennett, and Raymond Massey. A conservative middle-aged professor who engages in a relationship with a femme fatale and is plunged into a nightmarish world of blackmail and murder. Our second show Saturday at 6:30 is the 2007 animated family film, “Bee Movie.” Barry B. Benson, a bee, recently graduated from college and is disillusioned at his lone career choice - making honey. On a special trip outside the hive, Barry’s life is saved by Vaness, a florist in New York City. Featuring the voices of Jerry Seinfeld, Renee Zellweger, Matthew Broderick, John Goodman, and many more.

Hope to see you “at the movies!”