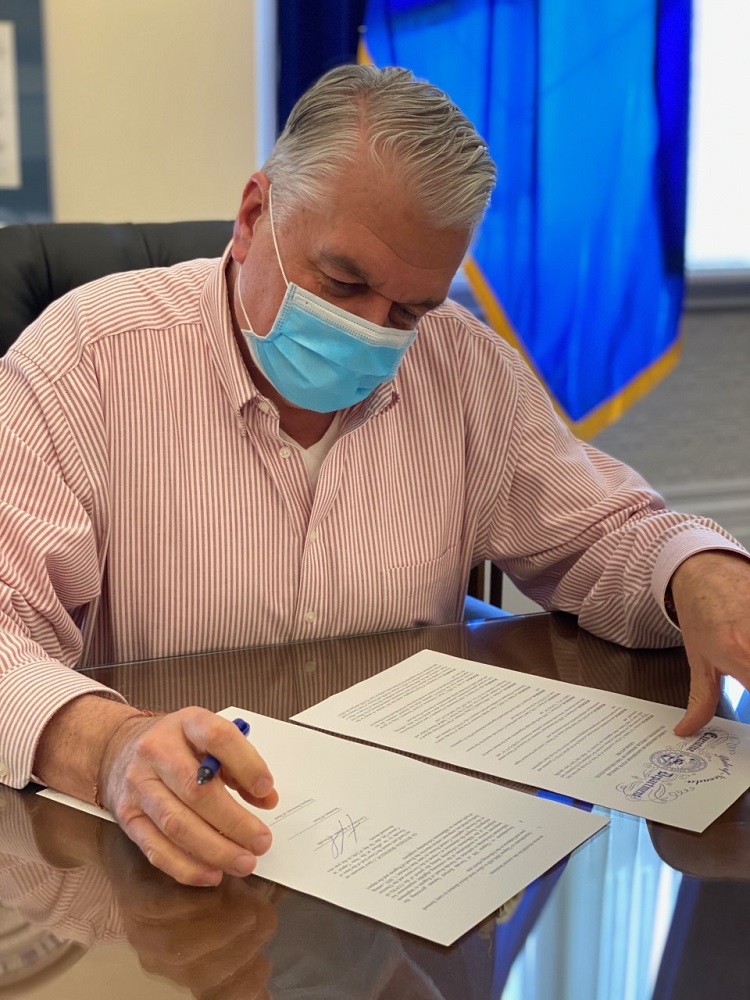 Thursday morning, Governor Steve Sisolak rescinded the statewide mask mandate he imposed in July. He also fired back at critics who say his decision was politically based.

Sisolak said the lifting of the mask mandate was immediate, except in schools, where he said masks would still be required for the rest of the day in order to avoid confusion.

In lifting the mandate, Sisolak cited declining case numbers, hospitalizations, and the amount of COVID-19 detected in wastewater, as well as the broader availability of testing and an increase in available treatment.

In doing so, Sisolak contradicted the Centers for Disease Control which still recommends wearing masks indoors. Sisolak justified his decision by saying the CDC guidelines considered nationwide statistics, while his decision is based on statewide data. After the peak of the surge of Omicron variant on January 10, when there were 7,865 cases, Sisolak said the state is currently averaging 1,280 cases per day. He said there are approximately 800 fewer people in the hospital due to COVID-19 now than on January 10.

“I feel that now is the appropriate time to move forward,” Sisolak said. “Everyone wants to get back to their normal life, whatever normal is.”

Sisolak also said a COVID-19 treatment center was opened in Las Vegas last week and one in Northern Nevada will be opened next week, “Using $19 million in federal dollars to make sure Nevadans who do get sick have access to treatments, free of charge.”

Sisolak’s lifting of the mask mandate was met with a wave of criticism from political opponents who accused him of making a political, not a scientific, decision.

One of those critics was Nevada Assembly District 38 Representative Robin Titus.

“Just like Gavin Newsom in California, the science changes when it’s politically convenient,” Titus said. “And once again, now that national progressives have implored a polling memo showing disastrous election losses for Democrats, a Blue Wave of Democratic Governors has swept across the country repealing their own imposed mask charade that they don’t abide by themselves before this midterm’s historic election losses when Republicans take back both chambers in Washington and our state here at home. The science hasn’t changed, only the political science has.”

Sisolak denied those accusations, saying his decision was made based on the statistics he cited at the beginning of his press conference.

“It is based on science,” he said. “All these political opponents, I have to make a decision based on the best information that is brought forward to me and that we have accumulated. They don’t have access to this. If they want to make a decision or a comment to spur their fundraising or do whatever, I’ll leave that up to them. I’m doing what I think is best to protect the health and welfare of the residents of the State of Nevada.”