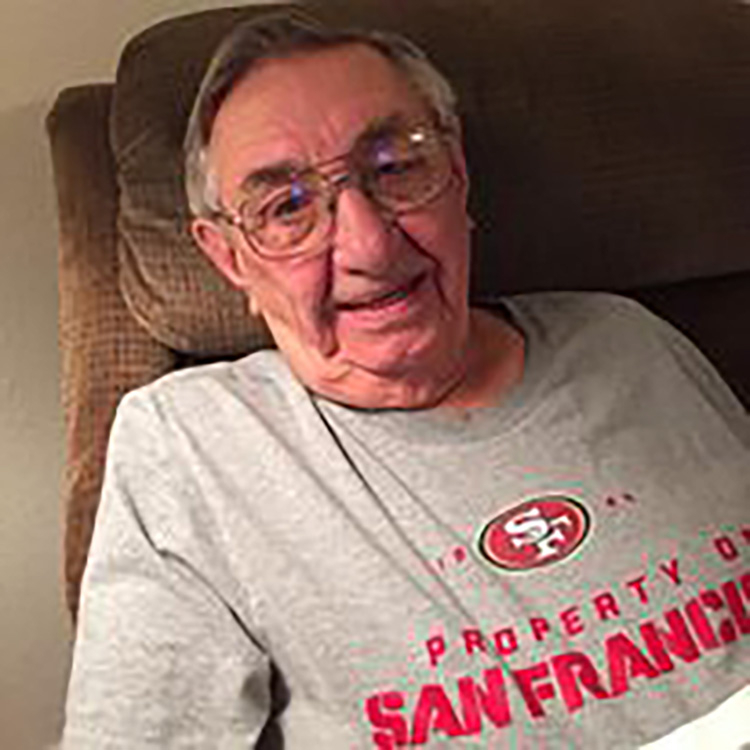 Born in the small Nebraska town of Winnetoon to Bill and Mildred Lane in 1931, Harold saw a lot of cold snowy winters with sub-zero temperatures, becoming a cold-weather boy.

“I went through grade school, delivering the Omaha World-Herald newspaper on my bicycle. The paper would come in on the train, arriving around 10:00 or 10:30 in the morning, and then it went to the grocery store which was right next to the Post Office. Most people would pick up their paper when they got their mail, then I would deliver any remaining papers during my school lunch break. It was a farming community, and I rode my bicycle everywhere. I used to pull weeds in the cornfields for 25 cents an hour. When the Second World War came, they had to shut down our high school, so we all had to ride a bus back and forth to Creighton High.”

Lane’s father owned a garage which in the farmlands of Nebraska meant working on tractors as well as cars. Harold started working with his dad when he was in high school. The garage's auto parts salesman got Lane his first interview with Lookers, an automotive company. “Around 1949 or so while I was in Norfolk Junior College, I started working at Lookers part-time making brake shoes. Then I got to work with guys in other departments, working on speedometers, or crankshafts, or carburetors.”

In his junior year at Midland Lutheran College in Freemont, Nebraska he joined the Air Force. After completing Basic Training at Camp Parks in Dublin, California in 1952, he was back north in Cheyenne, Wyoming for a three-month Clerk/Typist school, followed by another school at Scott AFB in St. Louis, Missouri. There he not only learned cryptology, but he stayed on as an instructor after graduation.

After returning to Camp Parks his first set of overseas orders arrived. “All Cryptology people were being moved to Hiroshima, Japan to work at decoding messages. There were about 40 or 50 of us that flew from Travis AFB in California to Hawaii. We got to eat dinner, then we got right back on the plane and flew all the way to Wake Island – way out in the Pacific. We had lunch, and then went on to Hiroshima.” He was stationed at Johnson AFB outside Tokyo for two years, decoding messages from all over the Far East. The decryption messages were sometimes received by teletype and other times by hand. The assignment was extended, and they started receiving radio operators to backfill for those leaving. Lane stayed on to teach the new team members. “I had to train them so we could go home. When I did get home in October 1955, I married Jodean, a girl I knew a little in high school. I was sent to the Census Building in Washington D.C. where we were deciphering weather from all over the world. I left the service in May of 1956, and on December 1, my wife moved out and we spent another six months in D.C.”

After their Washington stint, they returned to Nebraska and Harold returned to work for Lookers. Along the way, they had three children, Joe, Jeanne Marie, and John. In 1967 the family moved to Yerington where Lane partnered in a department store with his uncle. The temperature was -34° the night they left Nebraska. Temperatures in Nebraska were often below zero and once they moved to Yerington, he felt like he didn't need a coat anymore. He had grown up to become a cold weatherman. “Back then, that first winter I hardly ever wore a coat. I was accustomed to that below-zero weather so this felt warm to me.” When the Anaconda Mine slowed down, the store business slowed down and closed.

In 1976 the Lane family moved to Reno and about 10 years later, he went to work for the Washoe County parts department where they ordered parts for all county equipment and vehicles. “Grader blades, oil, brakes, lines, even parts for the fire trucks. Talk about hard-to-find parts, try looking for fire truck parts.” He worked there until retiring at age 71 and was able to enjoy some retirement time with Jodean before she passed away in 2012. Lane moved to Fallon in 2015, and he now lives close to his son Joe. He tries to stay busy in his days, but at age 91 he does also take his time. He lunches at the Pennington Life Center during the week and likes to go out when he can. Enjoying pizza and a beer while telling his story to our group of six, he was smiling the whole time. And we all agreed to get together again next month, just for the fun of it.

This Friday, May 6 from 5 p.m. to 6 p.m. at the Pennington Life Center to get more information and assistance