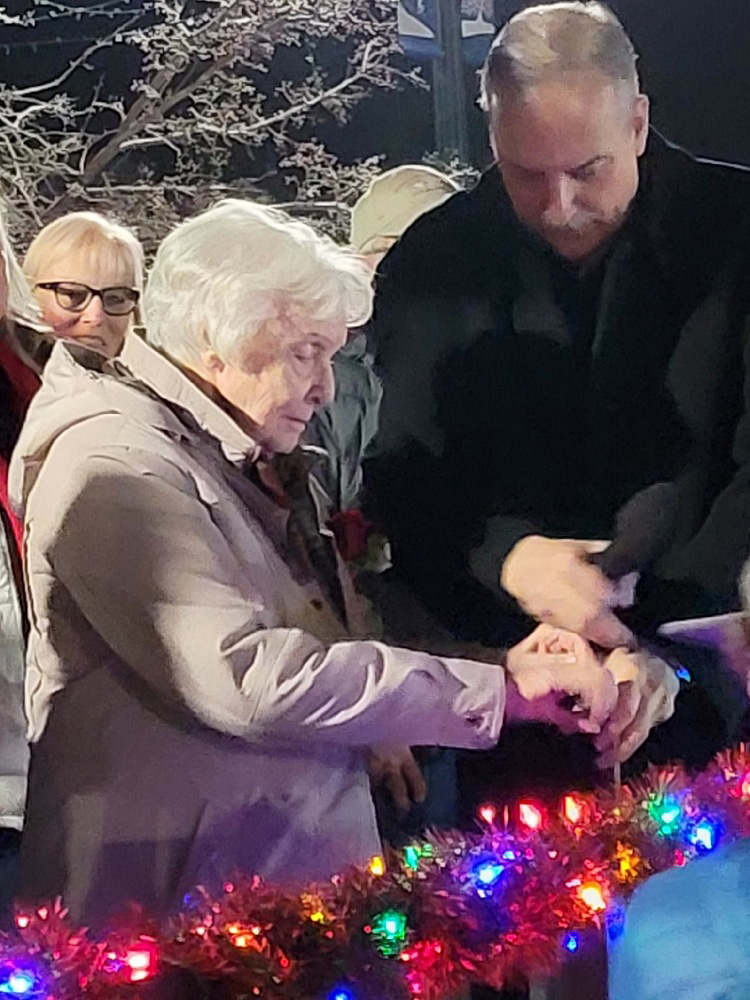 Christmas Tree lighting and all the small-town festivities were held last Friday night, as tradition calls, on the first Friday of December. Mayor Ken Tedford and the Fallon City Council welcomed the community to an open house at City Hall and the Douglass House during the afternoon prior to the lighting of the tree and fireworks show that took place at 6 p.m.

As part of the tree lighting ceremony, a local pioneer is chosen each year to “push the plunger” an old-fashioned dynamite plunger that Dennis Heck refurbished to light the Maine Street Christmas Tree.

This year, the honors were performed by Betty Rogne who was accompanied by her family. Betty was present at the first City of Fallon tree lighting ceremony in 1929 when she was 3-years old. “We were honored to have her light the Christmas tree this year,” said Mayor Tedford. He provided the following remarks as he introduced Betty Friday night:

“Betty was born in the Soda Lake area on the Fallon family farm. She was raised in Fallon and has remained here most of her life. She met and married Robert, after dating only four weeks. Betty gave birth to twin girls, Linda and Nancy. She and Robert continued to grow their family throughout the years, and they had Bobby, Fred, Dean, Terry, Donald, Kathy, and Karen. Betty still feels that her very best years were raising all nine of her amazing children.

When her children were older, she started working in the school kitchen where she was able to assist with cooking local students a nice warm, cooked meal. She also drove school bus for 27 years.

Bobby, Fred, and Dean all followed in their father’s footsteps by serving in the military. Bobby and Fred both served in Vietnam. Bobby gave his life for his country, making Betty a Gold Star Mother.

Tree and fireworks pictured below - photo by Jo Petteruti 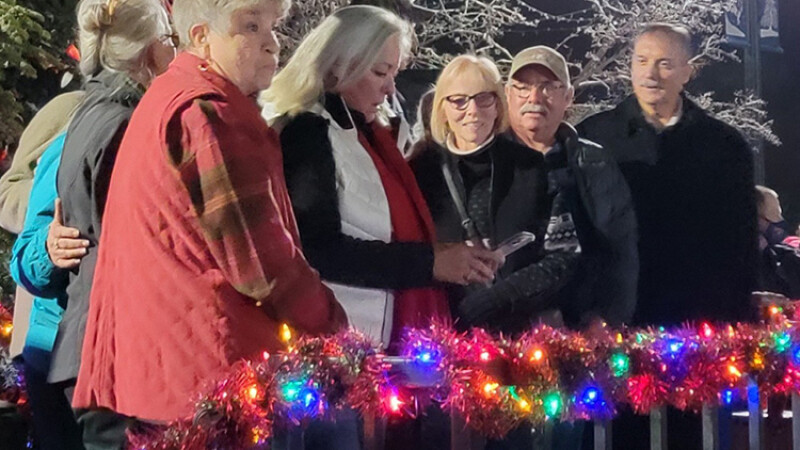 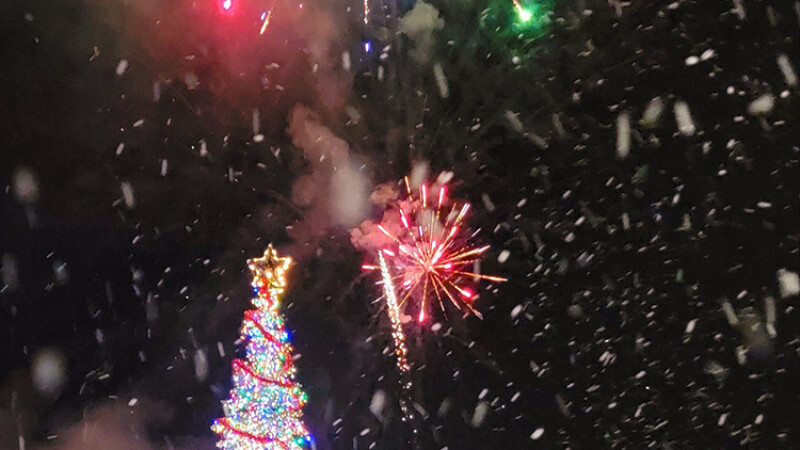