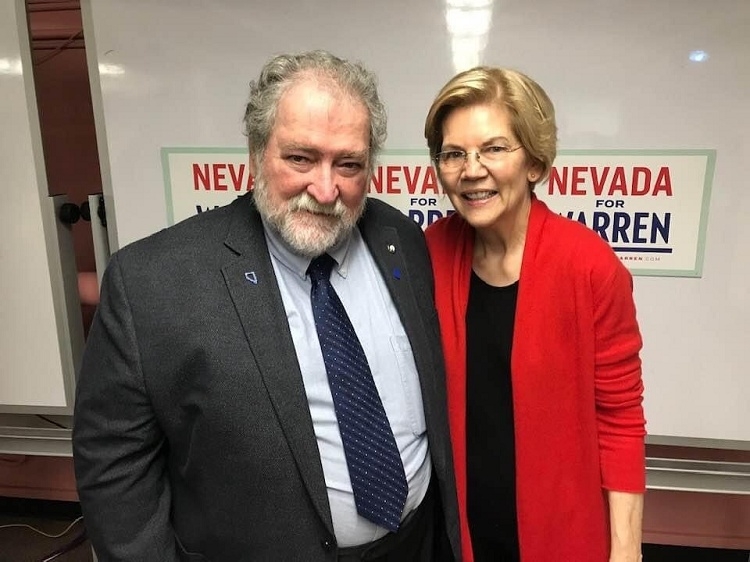 Local Democrat Party Chairman, Larry Jackson was killed in a car crash on December 3, 2021, at approximately 6:53 p.m., with Troopers from the Nevada State Police, Highway Patrol Division, responding to a single-vehicle rollover on US-50 at SR-439 (USA Parkway) in Silver Springs.

Preliminary investigation shows that a green 1998 Buick Skylark was traveling eastbound on US-50, approaching the roundabout at SR-439. For unknown reasons, the driver allowed the Buick to leave the roadway to the right, striking a paddle marker and a light pole before overturning and coming to rest in the roadway on its roof.

The driver of the Buick (Larry Jackson, a 73-year-old Fallon resident) succumbed to his injuries and was declared deceased on the scene.

Jackson was serving as the Chairman of the Churchill County Democratic Party at the time of his death. He had moved to Fallon from Washington State in 2010, according to Nyla Howell who served as the party Chairman for several years, with Jackson as her Vice-Chair. "He had years of experience in politics and Democrat politics in Washington State," said Howell, "and he helped me a lot with what I needed to do."

Howell said Jackson was always very supportive and would never take the reins, "He would always tell me, 'You're doing fine, I'll just help you.'"

"We are all still in shock," said Jeanette Strong, also a member of the local Democrat Party.

This crash is being investigated by the Highway Patrol Division’s Northern Command West Multi-Disciplinary Investigation and Reconstruction Team (M.I.R.T.) - Case #211200246. If anyone has any information about this crash, please send an email to [email protected] and reference the case number.

Out of Egypt Food Pantry Looks to the Future