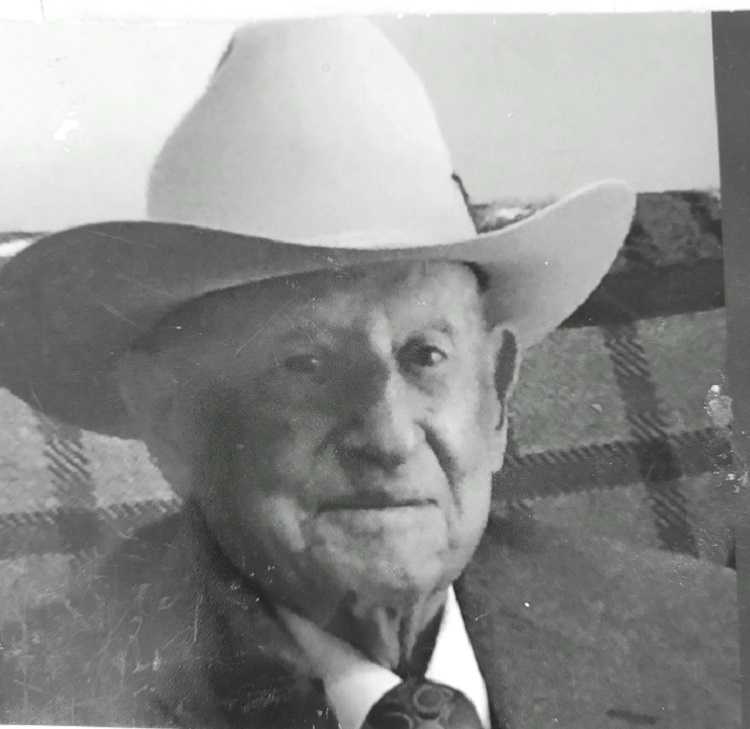 Eddie Venturacci passed away peacefully at home on December 1, 2021, at the age of 95. He was born in a small rustic farmhouse south of Fallon on October 21, 1926, to Italian immigrants Edoardo and Penelope Venturacci.

Eddie’s parents moved to the family ranch in 1930 where he lived and worked the rest of his life. Eddie had a passion for ranching and farming, working sunup to sundown. The early years were spent raising produce and Hearts O’ Gold Cantaloupe before changing over to a feedlot operation.

As a young man, he met the love of his life, Gloria, just across a field from the ranch. They were married on May 17, 1953, at St. Patrick’s Catholic Church in Fallon. After 68 years of a wonderful married life together and a short-term separation of 80 days due to Gloria’s passing on September 11, 2021, which was the longest they had ever been apart, Eddie rejoined his loving wife for eternity.

One of Eddie’s passions was raising registered quarter horses. He took great pride in using his horses on the ranch and watching his children compete on them in High School Rodeo. He enjoyed helping and supporting his children and grandchildren with 4-H livestock projects, rodeos, and sporting events.

Every fall Eddie would look forward to the large family deer hunting trips to Central Nevada, which for many years were men only. He also loved chukar and sage hen hunting with all of his family. Eddie and Gloria both loved to camp and fish with family and many friends. Their favorite spots were Wild Horse Reservoir and Blue Lakes among many other lakes and creeks in Northern Nevada and California.

Eddie’s contribution to the community was becoming involved with the Lahontan Conservation District which led to being appointed by the Governor of the State of Nevada to the State Conservation Board. They traveled extensively to many states including Hawaii to national conventions. Their travels also included Western Livestock Journal ranch tours to many states, Canada, and South America. They loved these tours and the many great friends they made.

A celebration of life will be held on December 9, 2021, at 11:00 AM at the Gardens Funeral Home in Fallon, Nevada with burial to follow at the Fallon Cemetery.

A joint reception for both Eddie and Gloria will be held immediately following at St. Patrick’s Catholic Church Parish Hall.