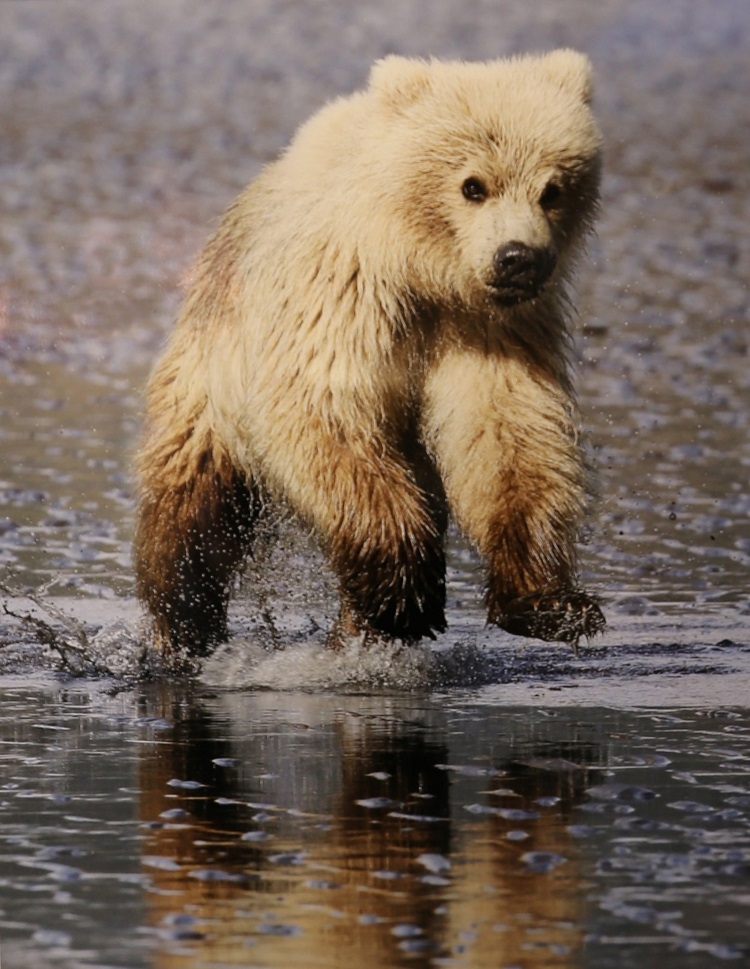 The Western Nevada College in Fallon welcomes Vella Torvik’s wildlife photography.  It is displayed in the campus gallery through December 15th.  The gallery is open Monday through Friday, and the public is invited to peruse the beautiful collection.

Vella loves animals and has been passionate about going to the places, and having the correct camera gear, to capture their behaviors, habitats, and the details of their lives.   But it was not easy.

She started photographing with a small camera, and in the first prints, her Bighorn Sheep were the size of ants.  Not what she imagined as quality photos!  So her camera was upgraded to a Canon with a 300mm lens, which eventually evolved to a 100-400mm and a 500mm lens.

Vella photographed in the local area, and then seven years ago decided to get serious about her art.  She started traveling to different parts of the world to get trophy shots of beloved animals, especially bears.

Vella’s photo travel adventures include going to Colorado up 1400’ to shoot mountain goats.  In Fairbanks and Denali she captured images of caribou, bears, and moose. In Katmai she photographed a bear in the waterfall catching fish.  That iconic shot is on display in the gallery, as is an iguana from Galapagos, considered to be one of Vella’s favorites. In Texas and Florida, hours were spent in a blind, set up to blend in with the environment, and to help create close-up shots of desired birds.  And yes…an alligator in a swamp was part of the  Florida experience.

A trip of a lifetime was arranged to Churchill Manitoba by the Hudson Bay.  Imagine Vella’s excitement when she was able to be close enough to polar bears to do some dynamic photography. Polar bears are dangerous. Thus, a guide is required to take people out on the terrain in Tundra Buggies.  The buggies look like a train on big tires.

The guided trips insure the sighting of animals and personal safety.  It is a chance to meet new people from everywhere in the world.  The trips provide lodging and sometimes your “grub”.  Her British Columbia trip was guided, as was Yellowstone and the Tetons.  Vella has learned how to scout for animals, and after going out with a group, she is now comfortable returning to the same place on her own.

The love of adventure, traveling, and photographing have created a desire for future plans.  Vella’s next animal photos will be coming from Africa, her dream trip.