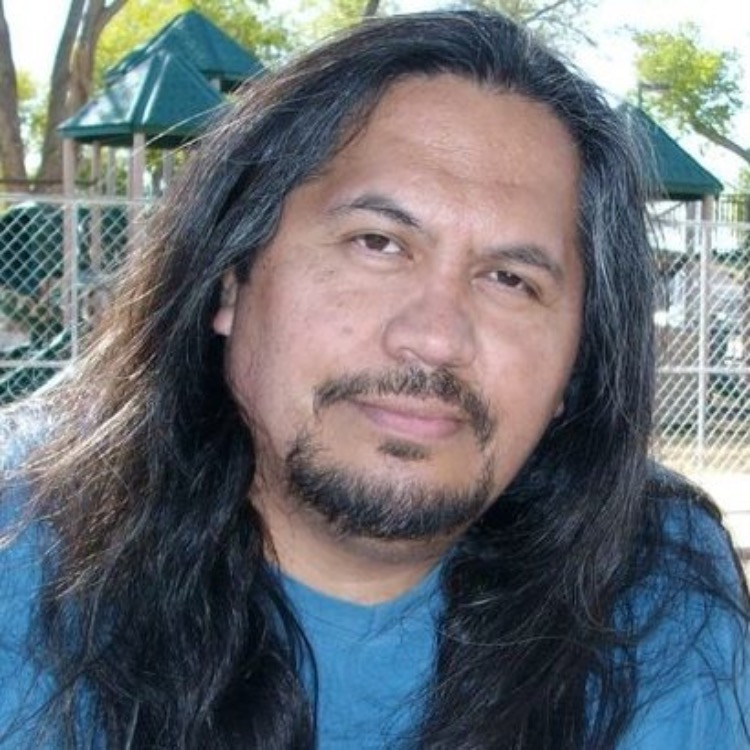 He graduated from Churchill County High School in 1981, where he had made a impression with his art and discovered an affinity for guitar. He had also developed an interest in the paranormal after his mom would give him Fate Magazines to read. He moved to Phoenix, AZ after high school, where he ventured deeper into music while attending DeVry Institute of Technology and earned a Associates Degree in Electronics in 1983.

He married Caryn Louise Ludwick on September 27, 1997 and celebrated their 24th wedding anniversary 3 weeks before his passing. DK was a part of many bands throughout his life from high school until his death, including Whyte Widow, Joker, Roadkill, Whiskey Ninja, Repeat Offender, and countless others. He worked at Universal Gaming, Reno Post Office, Churchill County School District, the Paiute-Shoshone tribe, was the president of the board of directors for Fallon Tribal Development, owned his own computer-repair business, and was a Reiki master.

DK was always a kind person, helped anyone in need, gave advice and listened from an objective point of view, was always patient, mentored many aspiring guitar players, knew a little bit about everything, and was naturally gifted at everything he tried. He lived and worked in Fallon, raised a family, loved being a grandpa, and continued with his passion for music and the paranormal until his death.

DK was preceded in death by his parents Francis Huali'i Nihoa and Bernice Williams, his brother Ermert, and his daughter Samantha. He is survived by his wife Caryn; his children Tara, Sidney, and Jordan and his wife Melyssa; his grandchildren Mataya, Kekoa, Keali'i, and Kamea; sisters Audrey, Laura, and Iris; and countless aunts, uncles, cousins, nieces, nephews, friends, and fans.
The memorial service for DK will be held on Saturday, October 30th at 3:00pm at Smith Family Funeral Home at 505 Rio Vista Dr in Fallon, NV. A reception will be held afterward with a potluck dinner at the Fallon Paiute-Shoshone Tribal Gym at 8955 Mission Rd.
Source: Smith Family Funeral Home