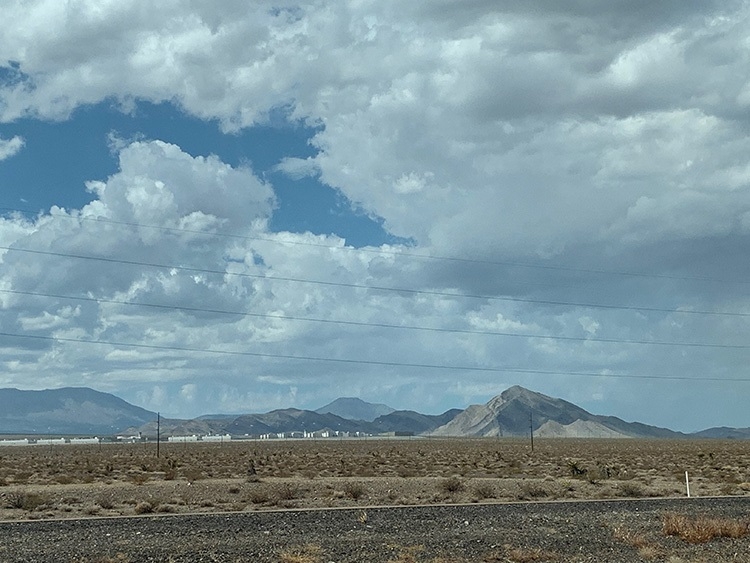 The State Board of Health met on September 10 approving the adoption of Proposed Emergency Statement relating to COVID-19 vaccinations for State employees and contractors working in State-operated, licensed healthcare settings or State-operated detention facilities.

Among documents provided for the meeting was the governor’s Medical Advisory Team recommendation summary, which stated, “These recommendations are framed understanding universal vaccination for all is the only way to end the COVID-19 pandemic: Recommend the Governor, require through a mandate or utilize existing pathways, all health care workers employees in the State of Nevada, employees of all government agencies within the State of Nevada, and all employees who work with and serve vulnerable populations or are employed in congregate care settings including but not limited to skilled nursing facilities, homeless shelters, acute and critical care facilities, correctional facilities, child care providers, and schools to become fully vaccinated for COVID-19 and show proof of vaccination to their employer. Unvaccinated employees due to religious or medical exemptions must wear a face mask at all times (in and out-doors).”

Public comments, mainly from state employees in opposition to the proposed action, expressed apprehension over such a mandate.

Paul Lunkwitz, FOP President of C.O. Lodge 21, wrote: Our lodge has hundreds of members from both the Nevada Department of Corrections (NDOC) and the Department of Human Health Services (DHHS). Both agencies will be greatly impacted by a COVID shot mandate. Our members are greatly concerned about losing their right to choose what goes in their bodies. If you take this as a sample size of the 1600 plus members of our departments, their concerns should be taken very seriously. This means that the notoriously difficult to staff Prison system stands to lose more than half of its current workforce, should the State follow through on its threats to terminate the “unvaccinated.” There is strong opposition by a great many employees to forced vaccination. The NDOC does not even force the inmates to be vaccinated. Why is it that inmates who chose to commit crimes and get sentenced to prison have a right to choose, but the NDOC Officers and employees who serve Nevada do not have the same choice? If the inmates are the “vulnerable” population and the COVID shot is so effective, wouldn’t the mandate be more appropriate for them? Further, as defined in NRS 288.150, employee safety is a mandatory bargaining subject. This issue has not been bargained and was not part of the collective bargaining agreement that went into effect on July 1, 2021.

Lunkwitz stated in an interview, “The biggest issue for NDOC staff isn’t the vaccine, it’s being forced to put something in their bodies.” It’s very frustrating for many members that have been with NDOC for decades, along with those newly hired, that the terms of their employment have changed, and they are facing disciplinary action for non-compliance. “Not everyone has the option to retire early or wants to work elsewhere,” said Lunkwitz.

NDOC routinely experiences staff shortages and according to Lunkwitz, High Desert Prison in Clark County, which houses approximately 3,500 inmates, faces an annual officer turnover of 30%. He asks the State how they expect to operate the prison that occupies the largest area and houses the most inmates - over 4000 with even less staff.

Sheryl Johnson, also a state employee, wrote, “The State employees that are potentially being mandated to take this vaccine to allow for the continuation of employment are the same State employees that went to work every day when the rest of Nevada shut down and people were paid to stay home. Now the State is attempting to mandate that regardless of their past work ethic in the face of strong adversity, they will potentially be terminated for non-compliance of their basic human right of choice? This is Bullying” at best and Constitutional and Civil Rights abuse at worst. This would be a clear-cut case of discrimination against those individuals expecting the right of choice.

One letter written by Chaplain Scott Jarvis stated, “I would just like to point out that all of the vaccines are under the EUA, including the FDA approved Pfizer vaccine. That means that the pharmaceutical companies that make the vaccines cannot be sued in case of bodily harm or death from the vaccine because it is up to the individual to decide whether or not to take the vaccine(s). Voluntary injection of a vaccine does not allow for litigation due to its adverse effects. Any person, organization, or department that mandates the EUA vaccine is legally assuming liability for any bodily harm or death caused by a negative reaction to the emergency use vaccine(s). I need not point out the financial hardship that such litigation would put on the State of Nevada if an employee died from a reaction to a mandated vaccine. Let me also point out that when you threaten an employee’s livelihood for not taking the vaccine that is

called “duress,” which is illegal in every state.

Another public comment from Kristen Hertz, who urged the Board to consider implications of the mandate itself, aside from the hotly contested topic of vaccines, wrote: The primary consideration has to be logistical and managerial. The State of Nevada is currently experiencing extensive difficulty in recruiting and maintaining staff. If this board chooses to mandate the vaccine for those targeted areas, there will be a continued exodus from state service, and recruiting difficulties will continue and potentially increase. The concern then will be how these departments continue to provide services and guarantee the safety and security of the citizens of the State of Nevada. Hertz urged the Board to, at the very least, delay their decision.

As November 1 draws near, more State employees are likely to speak out on this mandate and others to come. Those that do not work with vulnerable populations fear that they are next on the mandate list. For now, however, they must be content with either vaccinating or weekly COVID-19 testing at their own expense.

Anonymous 2021-09-22, 08:33 AM Do people have the right to choose whether or not the virus enters their bodies? This seems like a dumb argument to me.