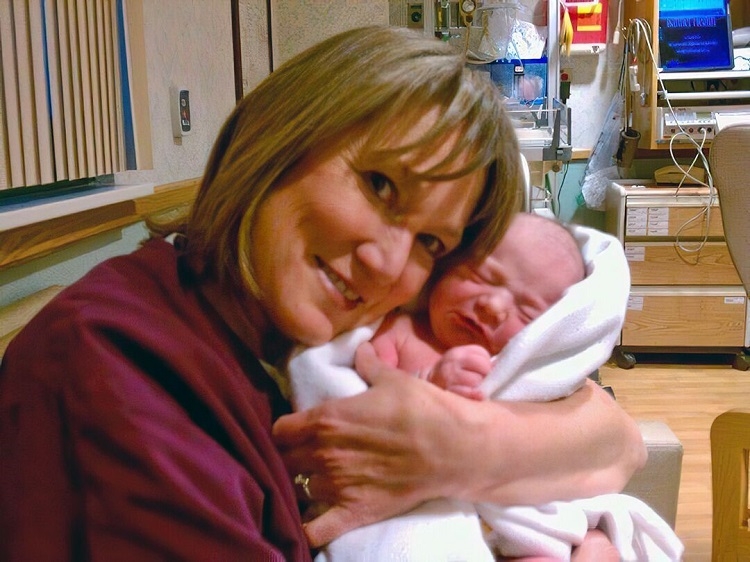 If you’ve never had the experience of learning how to breastfeed a newborn infant, count yourself as having plenty of other exciting life experiences and be grateful. While some of the little critters come out of the womb knowing exactly what to do, there are babies who for whatever reason do not take as easily to this natural, affordable, bonding feeding method. There are some moms who don’t take to it as easily, either.

For these situations, the Fallon community is lucky to have our very own Suzette Benecke, Lactating Specialist extraordinaire to assist and support new families with what is a very special part of child-rearing.

Benecke is the only International Board-Certified Lactation Consultant in the area, completing her certification last fall. She started her business a year ago and has continued to grow as the world opens up after the COVID lockdowns.

Not unlike other businesses that had to adapt and adjust during COVID, Benecke said that she has learned how to do virtual consultations and uses Google Meet, which is HIPAA approved. Because of this new skill and the technology, Benecke is able now to meet with clients from remote areas of the state easily, without the added costs to them for her travel.

“COVID has opened the world to online visits,” she said.

Serving as a labor and delivery nurse at Banner Churchill Community Hospital since 2008, Benecke has worked in maternal-child services since 1991. She recently began working at St. Mary’s in Reno and is still on tap at Banner to teach prenatal breastfeeding classes.

She is passionate about the education she provides and encourages families to take advantage of her services, along with the resources at the hospital.

“So many women don’t have the support they need,” she said, “it’s such a shame.”

In addition to the virtual option, Benecke does provide in-home visits to Churchill County residents, as well as the outlying areas including Schurz and Fernley.

Importantly, lactating services should be covered by most insurance companies under the Affordable Care Act, however, Benecke said there is a resource she encourages families to try first. LactationNetwork.com will provide a free consultation and assess insurance and assist with getting prequalified for three visits – one before the baby is born, one after the hospital, and then a follow-up.

According to the Surgeon General’s Call to Action to support breastfeeding, one of the most highly effective preventive measures a mother can take to protect the health of her infant and herself is to breastfeed. However, in the U.S., while 75 percent of mothers start out breastfeeding, only 13 percent of babies are exclusively breastfed at the end of six months.

The potential benefits of breastfeeding are numerous but in a nutshell:

According to the WHO only 38 percent of the world's population exclusively breastfeeds, and suboptimal breastfeeding contributes to 800,000 deaths.

In Nevada, 81.8 percent of Nevada women initiate breastfeeding, but by 6 months of age only 21.7 percent of babies are still being exclusively breastfed, according to the Centers for Disease Control report card in 2017.

“I have always been passionate about helping families succeed with breastfeeding,” said Benecke, “and I really want to get the word out that I am here ready and willing to help.”

She can be reached at [email protected], her website is expressionoflove.biz and her phone number is 775-235-2622. There is also a Facebook group in Fallon called Lactation Station and Benecke encourages women to join her there for more support.

What should you know about IRA rollovers?