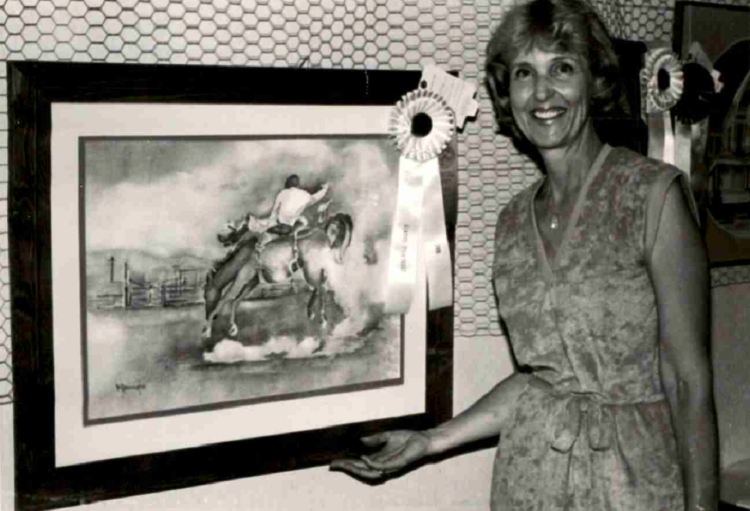 Patricia (Pat) Henning passed away on September 1st, 2021 in Fallon, NV.  She was born in 1929 to Lewis Duncan and Myrtle Duncan of Yuba City, CA.  She is survived by her husband Howard (Howie) Henning of Fallon, her children Kristi Knittle (Chet), and Kurt Henning (Debi), and their children: Chris Henning (Ember), Cole Knittle (Jamie), and Clint Henning (Tyffani).  Her great-grandchildren include Kamiah Henning, Miles Henning, Lilian Henning, Travis Henning, Luke Henning, and Katielynn Knittle all of Fallon and Reno.  She has two sisters Barbara (Bobby) Williams and Mary Alice Gadberry, and numerous nieces and nephews of Yuba City.

Pat spent her early years in Yuba City, CA., and then moved to Palo Alto to live with her grandparents Clara and Owen Mauel.  Pat’s mother died in childbirth giving birth to her sister Barbara (Bobby) when she was 3 years of age. It was always a time of sadness thinking of the loss of her mother, but it bonded the two sisters and they became the best of friends. She adored her father who was the Chief of Police of Yuba City and her mother’s parents who she lived within her teens. In high school, she met the love of her life, Howard Henning. And at the tender ages of 16 and 17, they secretly eloped to Reno and married.  She was an independent woman and was not afraid to share her opinions which earned her the nickname Sarge by her husband Howard. They celebrated 74 years of a happy loving marriage.

The couple ended up in Fallon after moving from Palo Alto with Howard starting a career of building homes.  They later became owners of Fallon Ford-Toyota, which has been run by 3 generations of the Henning family.  Pat was an accomplished pilot along with her husband.  She became a ground school teacher in the local high school.  Many of Pat’s students state their love of flying came from her classroom.  She would take her 3-year-old son, Kurt, and go practice flying at the local airport.  Kurt remembers sitting in the back seat of a plane while she practiced doing touch and go’s and landings.  She belonged to the 99’s group (a women’s flying group), was a pylon judge at the Reno Air Races, and raced cross country in her plane.

Pat was an artist who excelled at watercolors and many of her pictures grace the walls of family and friends.  Pat had an artist’s eye, and she could turn a plain room into a showpiece, she was an excellent cook and again her meals had the artist’s touch of being pretty as well as delicious.  She loved to entertain and make special dishes for her friends and family.

Pat and Howard had the chance to travel, but their favorite place to get away was Jarbidge, NV.  They loved the town and its people and spent many years hunting, fishing, quad riding, and entertaining.

Her accomplishments were many, and she was greatly admired by her friends and family.  She will be missed, but we know she is free to go onto her next grand adventure. There will be no services at this time, but if you knew her, wish her well.  She was one heck of a classy lady!